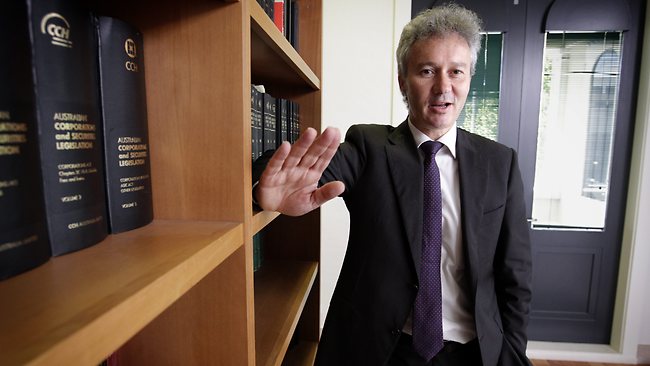 Did white nationalists impersonate Oz lawyer Josh Bornstein at the Times of Israel?

Controversy erupted in the usual corners of the web today when, for the second time in a year, an article advocating genocide against Palestinians was published on the Times of Israel website. Entitled “Understanding the Idea of Israeli Land Under Talmudic Law,” the article was falsely attributed to Joshua Bornstein, an Australian attorney, labor activist, and President of Tzedek, an organization that advocates for survivors of childhood sexual abuse in Australia’s Jewish community.
Over-the-top in its inflamed rhetoric, the article, which was quickly removed by the Times of Israel, branded Palestinians “subhuman” “cockroaches,” and called for their “mutilat[ion], rape, beat[ing], and torture.” And that’s not even the worst of it.

What’s evident is that the author, apart from being a vile and despicable racist, has clearly “never read and understood the Talmud,” whereas the article relies heavily on false, mistranslated, and decontextualized rabbinic texts to make its case — passages frequently cited by white nationalists, neo-Nazis, and so-called “anti-Zionists” who present them as evidence of Jewish perfidy. (Gil Student has compiled an entire collection of them with rebuttals.)
The article also takes a turn towards the Mengele-esque, calling for experimentation on Palestinians, raising a red flag so high, many — after seeing through their initial rage — believed the article to be satire.

And, by conducting medical experiments on “Palestinians,” we can obtain medical knowledge that will ultimately be useful in providing medical assistance for Jews. Not only that, but it would also be a lot of fun to do. Could there be anything more satisfying than the helpless screams of a “Palestinian” child as it’s torn apart by Jewish doctors? I certainly can’t imagine anything more enjoyable.

Even among the most extreme right-wing Jewish rants, this seemed beyond the pale. And that’s because it wasn’t written by Bornstein, let alone any other Jew.

@AboudDandachi @AAhronheim @wsscherk @TimesofIsrael I have not written anything for the Times of Israel. Ever. WTF???

@Soulphood No. Not my article. I would like an explanation for this from @TimesofIsrael.

Gilead Ini, a research associate at CAMERA, notes that Bornstein has been targeted by Australian white nationalists and their American sympathizers for his support of open immigration policy and hate crimes legislation. A post on the Daily Stormer website calls Bornstein a “Subversive Jewish parasite” against whom they are “waging an all-out war.”
The Daily Stormer’s publisher Andrew Anglin is also a member of the 8chan community. 8chan was created as a “free speech alternative” to the popular 4chan message board from which many an Internet meme, including the Anonymous hacker movement, emerged. 4chan has been called the dark underbelly of the Internet, known as a cesspool of racism, sexism, homophobia, antisemitism, as well as child pornography. Its “free speech alternative” has become the domain of white nationalists and neo-Nazis like Anglin who use the message board to decry “Jewish cultural Marxism” and to sow “intellectual subversion.” In recent months, 8chan users plotted to impersonate Jews online by creating social media accounts with fake Jewish identities. It’s only one small step further to creating social media accounts with real Jewish identities.
On March 26, a blog was created on the Times of Israel’s site in Bornstein’s name and bearing his likeness, which over the next two weeks was filled with content actually authored by Bornstein, relating to Australian policy issues, but originally published elsewhere. It was only after the blog had seemingly established some credibility that it evinced itself to be a put-up job. A 4chan thread from early last month points to a possible culprit.

The Times of Israel commented by saying, “Earlier today, a blog post appeared briefly on our Blogs platform that we believe should not have been published to begin with. We are still looking into why it was published, but needless to say it was removed as soon as we got wind of it – and in no way do we endorse its content, whether it was meant as satire or not.”
Well, we can tell you why it was published: Because the Times of Israel has absolutely no process for vetting contributing bloggers nor for reviewing their articles before they are posted. Despite its assurances after the last fiasco that it “will take steps to prevent a recurrence,” the Times of Israel has allowed vast harm to be done not only to the reputation of one man, but to that of all of am yisrael. It’s demonstrated lack of responsiblity should not be easily forgiven. TOI, and all those, including this author, who jumped the gun in vilifying him, owe Mr. Bornstein an apology.
[Update] The Times of Israel has acknowledged falling prey to a hoax, describing themselves as victims of their own complete lack of editorial oversight.

We are dismayed that The Times of Israel fell victim to such a malicious and hateful hoax. Needless to say, we are appalled that the Times of Israel’s blog platform was taken advantage of in this manner.
We sincerely apologize to everyone who was affected, directly or indirectly. Most especially, we apologize to Josh Bornstein.

6 thoughts on “Did white nationalists impersonate Oz lawyer Josh Bornstein at the Times of Israel?”