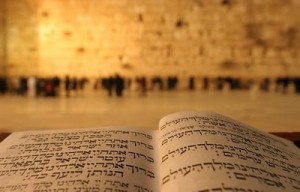 The following piece, which appeared originally in the RAVSAK journal HaYidion, is a guest-post by Lauren Tuchman. Lauren is entering her third year of rabbinical school at the Jewish Theological Seminary. She is passionate about the intersection of disability justice and religion, grassroots Jewish community building, community organizing and Gemara.
I am a rabbinical student, deeply passionate about creating truly inclusive and accessible Jewish communities in which all Jews can find a spiritual home, and in which we can all bring our full selves to bear on the life of our community. I want to create communities in which the perspectives and lived experiences of all of us, particularly those of us who find ourselves on the margins, bring added depth and richness to all of our lives. I also happen to be the first blind woman, as far as I know, to attend a rabbinical school.
As such, I believe myself to be uniquely placed to help to lift up and center the perspectives of our fellow Jews who have often not found their communities receptive or welcoming and who, as a result, feel alienated from Jewish life. Though much of my work has centered around the experiences of Jews with disabilities, I am deeply invested in this work from an intersectional lens—in other words, across identity categories, and with the full understanding that there is multivocality in every community, including the disability community.
My way of experiencing the world and my thoughts on how best to center the voices of the marginalized is mine alone and is not representative of anyone other than myself. I humbly offer my thoughts and reflections on the critically important question of teaching about God, and do so from the perspective of celebrating the diversity that is within our midst. I believe that the sooner children learn to honor the beauty that is our diverse human family, the better, and the more accepting they will be of difference in their community, family and the wider world.
At the heart of my thinking is Judaism’s beautiful teaching, found in Genesis 1:27, that human beings are created be-tzelem Elohim—in the image of God. In other words, human beings all have a spark of the divine within them, regardless of who one is. The divine spark that we all always carry is indicative of the fact that God does not place arbitrary value or differing social classifications onto human beings. We are all, regardless of how human society tends to perceive us, inherently valuable and inherently unique. We are all children of God, and we are partners with God in renewing creation on a daily basis.

2 thoughts on “Disability and God Talk”