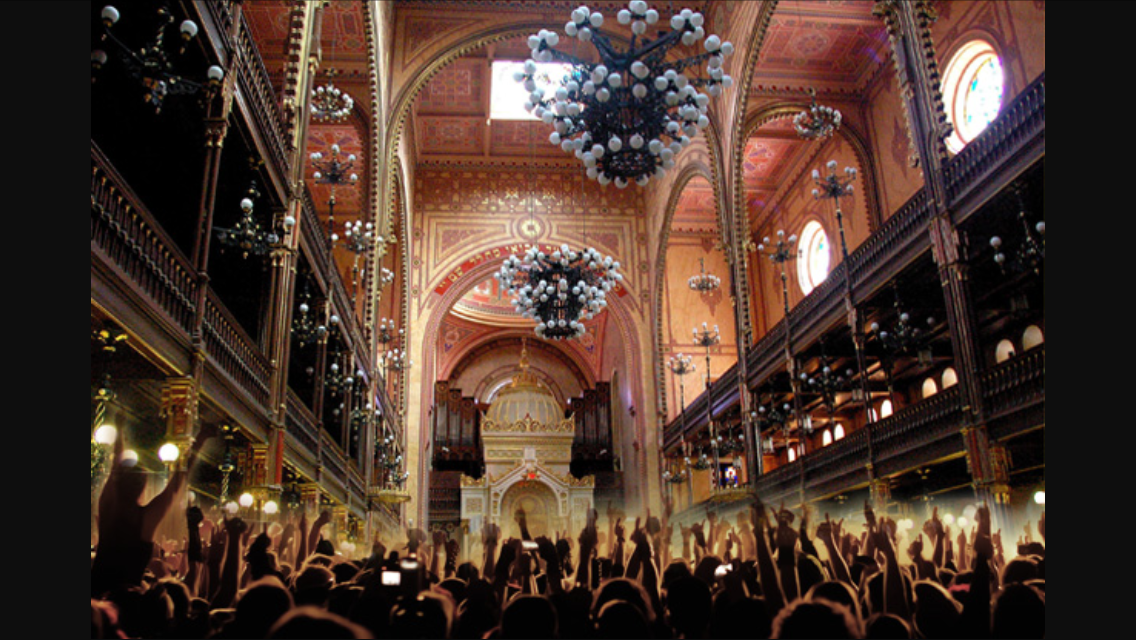 Before You Ditch Shul on Rosh Hashanah, Read This.

Jay Michaelson recently published an article in the Forward about why you shouldn’t go to shul on Rosh Hashanah. It’s an interesting premise. However, it’s also a load of whiney nonsense.

He has a litany of complaints against Rosh Hashanah. The pageantry, the guilt (which he dubs insincere), the liturgy itself–you name it, Michaelson isn’t satisfied with it. Mostly, he rails against the disempowering nature of large services which turn shul goers into passive consumers of religion.

I see where he’s going with this, and I agree with his point that Jews should get more meaningfully engaged in their Jewish practices. Sure, go out and get yourself a shofar of your own. Sure, come to other holidays. Get excited about Sukkot and Tu b’Shevat. But ditching Rosh Hashanah? I have a few words to say on that.

Mainly, don’t do it.

Don’t ditch Rosh Hashanah if you think you’re too hip for the kind of Judaism where one actually sits in services as a participant. (Trust me, you’re not that hip.)

We live in a world where everyone wants an individualized, personal experience. We can filter our facebook feeds so that we only get the exact kind of world we want to experience. We can order all of our food just how we like it, and we can always feel like we have a say in every discussion on twitter, instagram, and snapchat. We’re all individuals, and we live in our own isolated little bubbles all day.

Deciding to opt out of a communal experience of a holiday in favor of another isolated little bubble isn’t exactly revolutionary. Opting out of shul for this reason is kvetchy, and honestly a little weak. You’re too much of a special snowflake to connect with religion the way your grandparents* did? Come on, don’t give me that nonsense. I believe we’re a little bit better than that.

And I say “we.” We are better than this, because we are a community. We are strong, and we are large. There’s something awe inspiring and beautiful in hearing seven hundred people say the sh’ma all at once, and it’s not an opportunity that comes around all the time.

Don’t ditch Rosh Hashanah if you’re worried about all of those people judging you for your clothes. First of all, there’s nothing wrong with dressing up once in a while–personally, putting on a clean dress that I don’t wear very often reminds me how special a holiday is, and I find the garment itself echoes with beautiful holidays past, bringing me into a better mindset to pray. But that’s just me. Don’t worry about other people’s clothing! As they say in yoga class, keep your focus on your own mat. If someone actually acts snobby to you about the price of your clothing, dig deep and use that unpleasant interaction as an opportunity to forgive someone who is obviously a bit insecure about their own status in the world. And if everyone acts snobby? Find a new shul. We’re not all like that.

Don’t ditch Rosh Hashanah if you’re upset about being made to feel guilty. In a world obsessed with validation, having two days a year where we’re encouraged to look at our own foibles and engage in humility isn’t a bad idea.

Don’t ditch Rosh Hashanah if you’re put off by the idea of insincere sentiment during the liturgy. The holiday is as sincere as you make it.

Don’t ditch Rosh Hashanah if you like other holidays better. You can go to those holidays too!

And don’t even ditch Rosh Hashanah if you’re annoyed by the cantors and rabbis doing all the singing at the front of the room. I have a lot of sympathy for Michaelson here–I also like very participatory services where the congregation is expected to sing along with the prayers, and I also find a lot of meaning from engaging as a group rather than relying on clergy with booming voices to do the singing for us. However, there are a lot of people who only come to shul on Rosh Hashanah and don’t know the Hebrew very well.

I’d rather be accessible to those Jews who seldom attend shul and have clergy at the front lead services, than insist that everyone sing along and participate loudly and fluently. Not everyone can participate in such learned ways. I can be patient the one day a year when there are a lot of beginners and we rely more on the clergy to lead. (Also, I actually enjoy listening to a well crafted sermon. The clergy are smart! And sometimes even funny!**) In a world where there’s always an opportunity to talk, it’s a big deal to listen. In a world that is increasingly crafted around our individual tastes, it’s a big deal to show up, be patient, and learn.

It’s not a big deal to ditch services, sadly. You can find a bunch of excuses, and you can easily stay home and live in your own isolated world. If you’re an adult, no one will force you to go to services against your will. You can even push back against the loving guilt of family members by claiming an article online said it was okay to stay home this year. However, it’s much more powerful to find a way to engage in and stay engaged in Jewish practice. It’s more powerful to challenge yourself with your own traditions, and to come join us at shul.

*Jews by choice, I’m not excluding you here. Grandparents in many different faiths went to services in their religions on a regular basis.

**If your clergy are neither smart nor funny, you should probably go shul shopping. Who wants a dull rabbi? Not me.