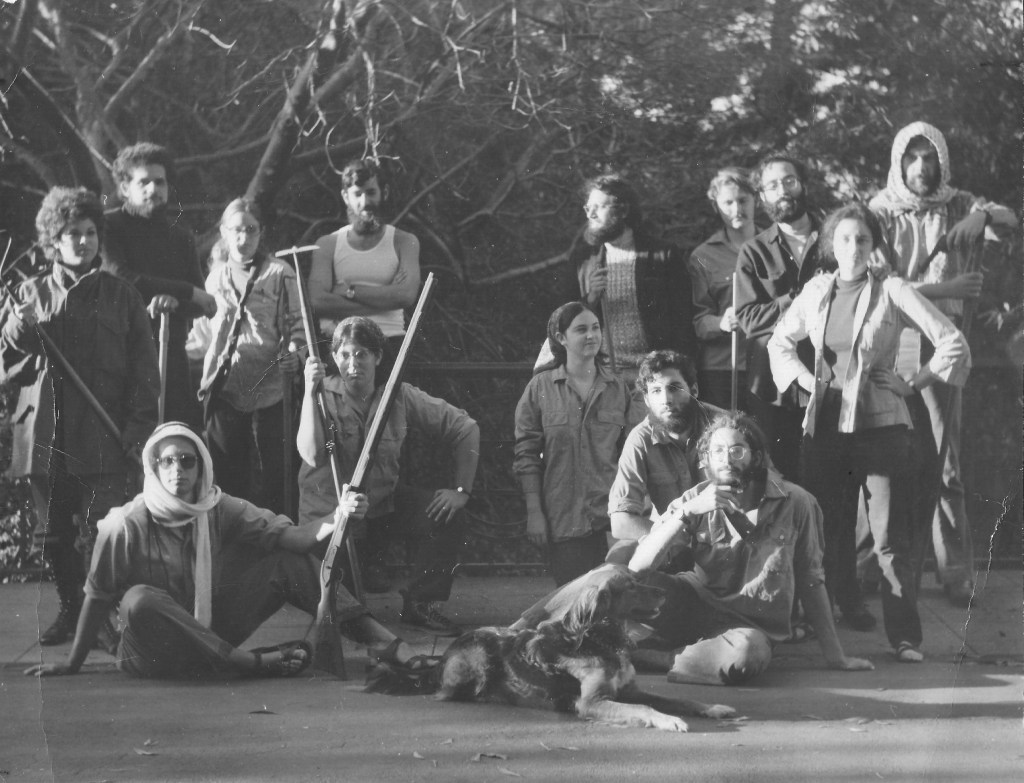 1. In every decade, a new constituency of American Jews has risen up to take on the cause.

In fact, the movement’s enduring persistence is exemplified by two new major organizing efforts of young people in just the last five years – IfNotNow and Open Hillel. This movement is simply not going away, and, in order to move forward intelligently, we need to understand where we’ve been.It is not unusual for a social change movement to take more than 50 years to accomplish its goal. After all, it took nearly 100 years of activism for American women to obtain the right to vote in the US and 56 years between Theodor Herzl’s publication of Der Judenstaat (The State of the Jews) and the founding of the modern state of Israel.

2. Personal activism stories recounted in oral histories demonstrate commonalities within and across generations.

One commonality across several generations has been the many young Jews who organized after feeling alienated by the left’s un-nuanced critique of the conflict. Oral histories also provide compelling and accessible historical records and unique reflections.

3. AJPA’s oral histories record the influence of domestic events on how American Jews understand the conflict.

The civil rights and anti-war movements of the 1960s provided a lens for the views of a generation on Israel’s treatment of Palestinians and the inherent right of both the Israeli and Palestinian peoples to self-determination. Today, the Black Lives Matter movement has spurred many young Jewish Americans to embrace Palestinian solidarity. A bird’s eye perspective on these events over fifty years opens up a broader understanding of how US identity shapes our worldview.

The formation of Shalom Acshav (Peace Now) in 1978 inspired many American Jews to ally with this vibrant grassroots Israeli peace movement. The signing of the 1990s Oslo Peace Accords opened a space for prominent American Jewish business and political leaders to work within their power circles to move a peace agreement forward. In recent years, non-violent Palestinian resistance has brought many American Jewish solidarity activists to the West Bank.An examination of these events across time also demonstrates which current events left little impression on American Jewish activists and how that gap might shape their understanding. For example, Israel’s 2011 economic protests received almost no mention in interviews, yet many experts believe income inequality is directly connected to the occupation.

5. Oral histories provide a record of which activist strategies and tactics have endured and which have changed over time.

Speaking tours of Israeli and Palestinian political leaders have largely been a constant, for example.
In the 1960s and 70s, the many young Jews who spent their summers working on kibbutzim had little contact with Palestinians. In the 1970s, the peace delegation emerged, involving meetings with both Israelis and Palestinians. Today, it is common for young American Jews to do solidarity work in the West Bank with Palestinians and have little contact with Israelis. What is gained and what is lost with this change?

6. Finally, recording movement history through the stories of its major actors is important in establishing a sense of continuity with other Jews across time.

Many young people have shared how hearing the stories of older activists has instilled in them strength to continue in their efforts, while many older activists have shared how they’ve been inspired to see their work being carried forward. As Jews we draw our daily strength from connection to our ancestors, from identifying with them as fighters for justice. The recording and sharing of these stories allows young Jewish activists to connect with a historical community that many did not know existed, and to go from feeling abandoned by elders in the Jewish community to feeling that they are carrying forward the torch in a long lineage of activists.
Learn more at the American Jewish Peace Archive and our related articles here at Jewschool.