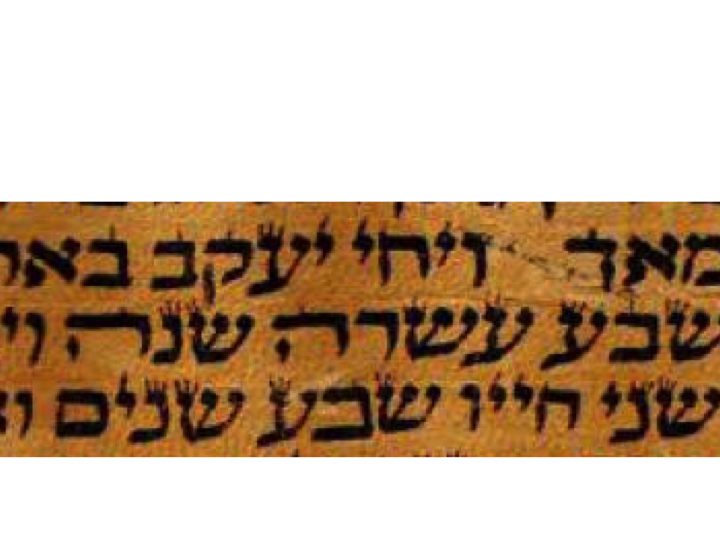 This d’var will begin at what is the end of both this parsha and the Book of Brehsheit chapter 50:verse 26, from which we learn:
Joseph died at the age of one hundred and ten years; and he was embalmed and placed in a coffin in Egypt.
I am most interested in the implications of the second piece of this verse. Embalming and coffin burials are not Israelite customs; in their acts of mutilation and preservation, they stand in direct contradiction to Jewish principles of death and mourning, which obligate us to bury our dead promptly, with humble dignity, directly into the Earth from which we came, and in committed reverence to a living God. Furthermore, more than not being Israelite customs, embalming and coffin burials were central to Egyptian culture; they were intertwined with their particular theologies of God (or Gods, as it was for them), death, and power. As practices, they were defining and unambiguously Egyptian.
We are taught that Yosef was the favored, righteous son of Yaakov, whose blessings in Yisrael’s inheritance greatly surpassed those offered to each of his brothers. How could it be, then, that he was also the son who would permit himself to be cut in this way, to be made separate from his people, and to be sealed alone for hundreds of years in Egyptian ground?
[pullquote]
It is in these moments of crisis that it can become easiest to, like Yosef, forget who we are and where we have come from. It can feel safer, at least in the short term, to erase our difference, close our doors, become participants in structures of power that we know to be wrong, and seal our memories deep into the grounds of unfamiliar lands.
[/pullquote]

I do not have an answer for this question, nor if I did would it be wise to articulate it in the brief format a blog posting permits. Rather, what I will do is argue that the embalmment and coffin burial of Yosef was not an isolated narrative act, but was instead the conclusion of what was nearly a lifetime spent forgetting. For when he was brought down into Egypt, Yosef lost not only his freedom, but also the memory of what it uniquely means to be a member of the Israelite people. Made an official in Pharaoh’s court, he would come to no longer remember the soul of the stranger.

And it started with his name.
chapter 41:verse 45
Pharaoh gave Joseph the name Zaphenath-paneah; and he gave him for a wife Asenath daughter of Poti-phera, priest of On. Thus Joseph emerged in charge of the land of Egypt.—
Before this, Yosef had been an Egyptian slave and prisoner: a stranger in a foreign land who was oppressed, segregated, and either forgotten or believed dead by all except for God. But in this transformation, he was remembered on Earth: Pharaoh’s chief cupbearer, who had once been imprisoned alongside him, finally provided recognition to Pharaoh of Yosef’s abilities in dream interpretation. And within what must have felt like nothing more than a moment, Yosef was suddenly the most powerful person in Egypt. He was, it appears, freed.
Yet, the cost of this power was in the erasure of the memory he held of his own identity and history, as well as that of his family. He was no longer Yosef, the Hebrew. He was Zaphenath-paneah, dressed in Egypt’s finest linens and gold, and revered on the back of Pharaoh’s chariots. The names he gave his children are instructive of his amnesic mindset:

It is also here that we witness the narrative’s relationship with God change. For prior to this, we have been offered recurring reminders that “God was with Yosef”: in the house within which he had been enslaved, in the cell of the prison, and in the creation of his dreams. Even Pharaoh, in granting power to Yosef, does so with the recognition that it is God who has guided him through his time in Egypt. But after this, we cease to hear of God’s presence and there are no further recorded moments of God’s intervention for the remainder of the Book of Brehsheit.
I don’t know that I could ever suggest that this narrative transition indicates that God was no longer with him. Nonetheless, I do believe that this absence reflects a shift in the relationship that Yosef has with God. If not quite forgotten, the God of Yisrael, once at the heart of his being in the world, disappears as Yosef’s guide and organizer – and I would argue that the text teaches that this is of his own choosing, rather than God’s. Embracing the escape and reassurance from his past’s suffering that his fortunes in Egypt offer him, God could no longer be at Yosef’s center. His spiritual connection to his people fractured.

And this was a fracturing – a forgetting – that not even reunification with his family could entirely restore.

It is next week that we will begin our reading of the Book of Shemot, which contains in its opening verses the foreboding observation that: “A new king arose over Egypt who did not know Joseph.”. However, I would argue that long before Egypt had ceased to know Yosef, it was he who no longer remembered who he had been: A Hebrew. A prisoner. A slave. A stranger. Yosef.
And more than his name or those of children, more even than his estrangement from God, this truth becomes most evident in the structural changes that Yosef brought upon Egyptian society before his death. For in Briehseit chapter 47:19-21, we learn of the actions he took in Egypt as its people were ravaged by famine:

And when that year was ended, the Egyptians came to him the next year and said to him, “We cannot hide from my lord that nothing is left at my lord’s disposal save our persons and our farmland. Let us not perish before your eyes, both we and our land. Take us and our land in exchange for bread, and we with our land will be serfs to Pharaoh; provide the seed, that we may live and not die, and that the land may not become a waste.

So Joseph gained possession of all the farm land of Egypt for Pharaoh, every Egyptian having sold his field because the famine was too much for them; thus the land passed over to Pharaoh.

And he removed the population town by town, from one end of Egypt’s border to the other.

Under this decree, an untold number of starving, vulnerable Egyptians – who had come to him seeking nothing more than for their lives to be saved – lost their land and their freedom by Yosef’s hand. And out of this acquisition, this act of oppression, a national system of serfdom was born in Egypt that spared only the priests, for there was not a single individual who was not in need. This operation is also arguably what paved the foundations for the system of slavery that would soon capture the Israelites within its borders. Long gone for Yosef, it appears, was the memory of Avraham, who was so eager to welcome and care for others that not even the sweltering heat of midday and fresh wounds of circumcision would stop him from reaching them.

From its beginnings, the Torah reminds us of our people’s vulnerabilities, as each patriarch and matriarch found themselves beholden to the powers of another whose land they had come to reside in. But it is in this precarity that it also teaches us who we are to be: compassionate and fierce defenders of the vulnerable, for we know what it means to be in-need. Do not oppress the stranger, we are told more than anything else, because we know the nefesh – the soul – of a stranger. And this knowing has power, for it is uniquely from it that our pursuit of tzedek, justice, comes.
The world is quickly becoming an increasingly frightening and uncertain place. Many of us – including myself – have been left fearful, vulnerable, and in desperate search of a durable sense of security. It is in these moments of crisis that it can become easiest to, like Yosef, forget who we are and where we have come from. It can feel safer, at least in the short term, to erase our difference, close our doors, become participants in structures of power that we know to be wrong, and seal our memories deep into the grounds of unfamiliar lands.
Yet, it is also in these moments that we most need to remember – in thought and in action – the histories and identities upon which our communities and tradition stands. Because right now, more than ever, the world needs its strangers.
Shabbat Shalom.