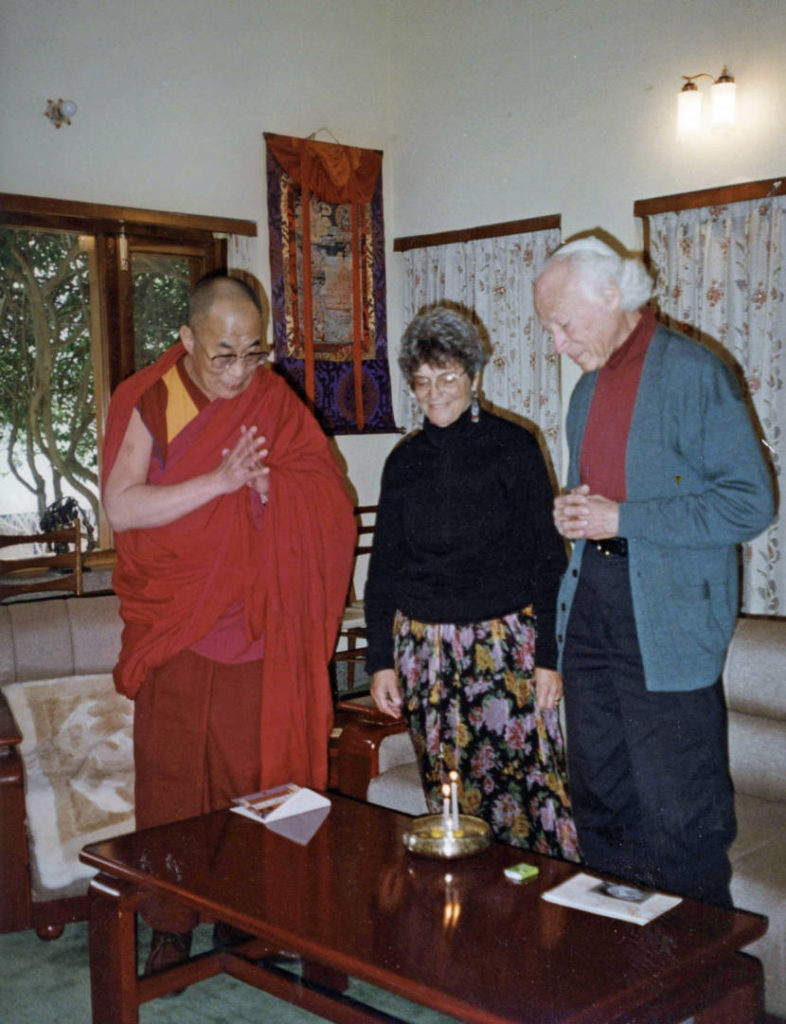 There are two kinds of iconic figures. Those who do not live long enough. And those who do. There are those whose days are cut short and become legends in memory. And there are those who merit a long life and witness the fruits of their youthful labor in the generations that follow in their path. Rabbi Everett Gendler, who died at the age of 94, was the latter. In an era where the youth poke fun at aging “Boomers,” there are figures like Gendler who grew up in the dark days of the Depression, long before Boomers, who transcend generational obsolescence because the radicalism and revolutionary spirit they embody reaches beyond any historical moment. Gendler was a man who was both aged and ageless. The ideas he espoused with few others in the 1940s and 1950s still resonate with a new generation of progressives who live his legacy often without knowing his name.

Unlike most American Jews, Gendler’s perspective was not North Americo-centric. He spent years in Mexico, Cuba, and throughout Latin America serving Jewish communities and being involved in radical leftist politics. Like his colleague Marshall Meyer, Gendler went where radical politics needed him. He worked with Tibetan exiles and helped found the Active Nonviolence Educational Center in Dharamshala India. Gendler was a committed universalist and served in a tri-ministry (Protestant-Catholic-Jewish) at Andover Academy while also serving as rabbi of Temple Emanuel of Merrimack Valley until his retirement in 1995. He thought globally and served locally.

He viewed himself as a student of A.J. Heschel, with whom he studied at JTS in the early 1960s, but Gendler was also an influence on his teachers. It is said, for example, that he was one of those young students who encouraged Heschel to march at Selma. Again, behind the scenes. Like so much of his life, he stood just off the main stage but close enough for those in the know to know where he was and what he was up to.

Gendler was one of those people who seemed to live many lives, and yet each was devoted to the same thing; justice, fairness, peace, non-violence, and human flourishing. A by-product of the Depression era Midwest, born and raised in Iowa, he understood America, both its strengths and its flaws. And like true revolutionaries, he never abandoned his radical principles, through years of hunger, war, prosperity, greed, and conservatism. Gendler was a Radical Jew, and he wore that label with pride.

I had occasion to meet Everett numerous times, after he had officially retired but was still more active than most of us. He was magnetic in his charm. He did not carry the Hasidic aristocracy of Zalman Schahcter-Shalomi or the fiery rhetoric of Arthur Waskow. He was more reserved, but he was always mischievous and subversive. Everett was a consummate performer. He often dressed in costume and he told stories by acting them out in animate ways. He drew you into a midrash as if it were as play, he made a fine point of a Rashi with a smile and a wink. He told stories of Heschel his teacher with such panache you never knew if the stories were true or not, but it never seemed to matter. Gendler was a jokester who was intensely serious, there was no doubt he believed deeply in what he was saying. He and I were both on the Open Hillel board and he served as its true patriarch. We deferred to him not because he was necessarily right (he usually was) but because we knew he deeply believed in the cause. We trusted him.

Two of the truly prophetic aspects of Gendler’s work were his environmentalism and vegetarianism, and his pacifism. As we all gasp at the utter unpredictability of our climate we must remember that in many of our lifetimes, environmentalism was viewed as a joke, even in mainstream Democratic circles. Gendler knew otherwise. He saw the dark cloud coming. He published dozens of essays on the environment and pleaded with his Jewish readers to devote time and energy to the planet.

His devotion to non-violence and pacifism was a second passion. In 2013, after many years of a true labor of love, he published the first translations of Rabbi Aaron Samuel Tamares (1869-1931), an ultra-Orthodox pacifist from Lithuania whose writings have largely been ignored until very recently. Today, Blima Press in Jerusalem is re-issuing Tamares’ Hebrew works in new editions. With felicitous introductions, Gendler presented selected translations of Tamares that offered an entirely different approach to Orthodox politics and the use of violence to achieve political ends. His name will now be forever tied to Tamares, and for good reason, Everett shepherded him into the English speaking world.

Jewish progressivism in America has entered a new phase. Millennials and young Gen Z’ers are finding their footing in a rapidly changing world. Pro-Israelism is finding dogged competition in new forms of Jewish identity and a new-found commitment to the universal born from the diasporic particular. Each generation thinks it creates the wheel, and then recognizes it doesn’t. The deeper progressives dig into the past the more they find those who, long before they arrived, fought the fight against corrosive acts of chauvinism, bigotry, and arrogance.

Everett Gendler witnessed most of the twentieth century. He stood against injustice his entire life. He never wandered, never became cynical, never sold out. Serving small communities in New England, he reached out into global Jewry and the larger world, and standing just off-stage, he kept the fire burning with passion, humor, dramatic flourish, and a devilish smile. But do not be fooled. This man was as serious as a man gets. Everett Gendler wanted to change the world. And in many ways, he did.

Shaul Magid is professor of Jewish Studies at Dartmouth, Kogod Senior Research Fellow at the Shalom Hartman Institute of North America, and rabbi of the Fire Island Synagogue