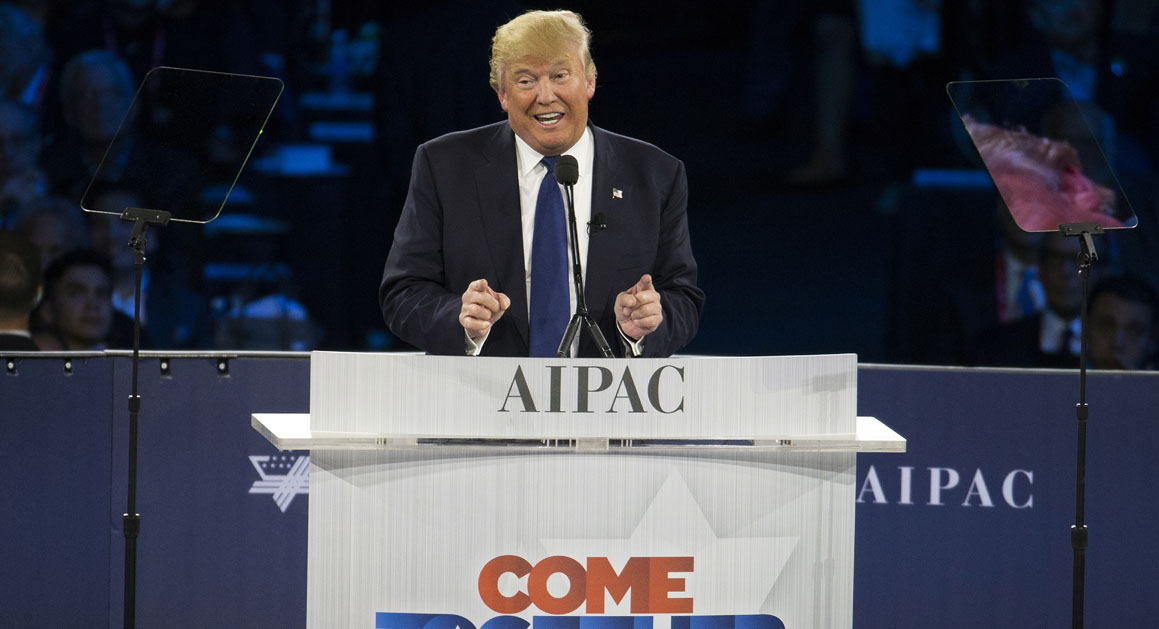 Feeling bad about being called a disloyal American Jew? You’ve been telling me that for years.

If you are in the mainstream of American Jewry and rightly outraged by President Trump’s most recent comments about “disloyalty” to Israel (he’s made similar ones before, of course, as has his friend Prime Minister Netanyahu), then as you sign petitions, post on Facebook, or call your local synagogue or organization to find out what can be done in response, I’ll ask you to do just one thing: Please hang on to this feeling.

Please hang on to this feeling because you’ve been saying these same words to me and to others in the anti-occupation movement for decades. And from experience, I can tell you that being accused of disloyalty is not a charge that washes away quickly or easily.

First, let me be clear. I will not go so far as to say President Trump is simply parroting the words of mainstream organizations and leaders when he calls American Jews who vote for Democrats “disloyal.” This is plain anti-Semitic rhetoric designed to deliver a political result. It is just another example of his hateful and reductive approach to politics and dividing the country for the sake of his own personal gain.

But for those like me who have been active on anti-Occupation issues for any amount of time (in my case, since 1997) from within the Jewish community, this feeling is all too familiar. Our loyalty to Israel and to the Jewish people has been questioned routinely and consistently because of our stance that the Occupation of Palestinian Territories is contrary to our Jewish beliefs and Israel’s interest.

So much so that this position is generally called “Pro-Palestinian” or “anti-Israel” despite our core principle and belief that the Occupation is a singularly corrosive policy that runs contrary to Jewish principles, and it is our belief in Judaism and Jewish principles that drives our commitment. And as we have come to see, defense (and expansion) of the Occupation is now having precisely that effect on Israel and Israeli democracy.

Any anti-Occupation activist, or even passive supporter of J Street or the New Israel Fund, will have their own story about being accused of disloyalty, of being a “Kapo,” of being self-hating. For my part, it began in 1998. I spent the summer of 1997 living in Ramallah along with other American law students. I was the only Jew on the program, and it was, to put it mildly, eye-opening in so many ways. Living as the “other” among Palestinians in Ramallah and also being seen as the “other” vis-a-vis Israeli occupation forces when I was passing through a checkpoint in a Palestinian taxi forced me to wrestle with so many elements of what I understood about Israel and Judaism.

The experience compelled me to start attending synagogue and classes about Judaism regularly so I could understand my own faith and history better. Indeed, living under the Occupation made me connect to Judaism in a meaningful way for the first time. So when I wrote an article for a mainstream Jewish magazine encouraging readers to ensure that their visits to Israel (at the time, to celebrate the 50th anniversary of the state) included a visit to Ramallah or Hebron or Nablus (which was much easier to do at the time), I did it from a place of real commitment and belief. Yet I was attacked. In particular, three prominent rabbis took out a full page ad in the next issue to call me: disloyal and misguided.

Years later, when I organized elements of the American tour of a prominent refuser during the Second Intifada, we secured a meeting with AIPAC leadership. During the meeting, they told the refuser that they admired him and would like to think that, were they in his shoes, they would take a similar act and stance. But then they shifted gears and said, from where they sit now, he and I needed to recognize the harm we could cause Israel and the Jewish people, the way our words could be manipulated. And that, as a solider, at least he should understand the core reality that being a public critic of the Occupation means that he was now being: disloyal. (As a side note, notably and predictably, in this week’s e-newsletter, AIPAC makes no mention of the President’s disloyalty comments in its recap of “key developments impacting the U.S.-Israel relationship.”)

These are just two small personal examples, of many, affecting just one part-time volunteer in a longstanding tactic of delegitimizing criticism of Occupation policy. Those who have worked full-time in this area have faced much harsher and, at times, far more dangerous accusations of disloyalty. Not just from far-right extremists but from the core of the mainstream of our community. From clergy to lay leaders to non-Jews who have picked up this language for their own purposes.

These accusations have not just forced me to think more about my own positions, which is perhaps always needed. But they have hit at a much deeper and far more painful level, causing me to recoil, at times, from attending synagogue or fully participating in the activities of our boys’ Jewish day school. Or from supporting mainstream Jewish organizations doing good work in local communities or in Israel because of the feeling that they see me as disloyal.

Sadly the debate around Jewish opposition to the Occupation has been overtaken by questions, often diversionary ones, around what is and is not support of BDS. And what is and is not anti-Semitic. These are difficult and often emotional debates that have been oft-discussed yet not resolved in hundreds of other articles and on countless sites and Facebook pages.

We will not and need not resolve them here. But we should hopefully take from the President’s outrageous charge a reminder that our own community has been willing to use this charge of “disloyalty” from within for a long time. And that needs to end.

We may continue to disagree with one another and find fault with various policy positions affecting a protracted and tragic situation. But let us resolve to no longer devolve into arguments about who is, and is not, loyal to the Jewish people or to Israel. Let’s finally rise above that and engage directly on the issues, and leave the divisive and hateful rhetoric to President Trump and Prime Minister Netanyahu. Given the incredible weight of the coming elections in Israel and the United States, we perhaps need to be more united as a community than ever before.