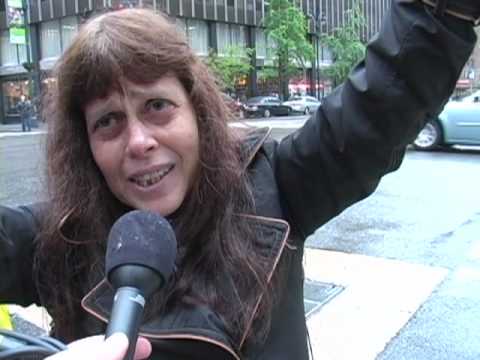 Feeling the Hate in New York

Max Blumenthal visited this past weekend’s intensely noxious Israel rally organized by far-right and religious nationalist Jewish orgs in New York. Cheers and accusations of “Obama is a Muslim” and a non-citizen, that Rahm Emmanuel is a “self-hater” and others like him “kapos,” and that “Binyamin Netanyahu is the leader of the free world” make this footage surreal. Unlike some of Blumenthal’s past visual indictments, however, these words were spoken aplenty by the organizers at the podium.
According to the NY Jewish Week, NY Representative Anthony Weiner sought a moment at the podium, but was denied by organizers lest he defend the Obama administration too much. State assemblyman Dov Hinkind castigated mainstream Jewish groups for their perceived silence. Fliers were distributed supporting the Prime Ministerial candidacy of Likud’s Moshe Feiglin, advocate of ethnically cleansing the Palestinians. In attendance were the Republican Jewish Coalition, the Hudson Institute, World Committee for the Land of Israel, the Jerusalem Reclamation Project, the Zionist Organization of America, Z Street, Americans for a Safe Israel, Christians United for Israel, and Manhigut Yehudit, the latter of which calls for a Jewish theocracy.
The seven-minute clip ends with a quote from my favorite religious commentator on Israel, Yeshayahu Liebowitz, “Religious nationalism is to religion what National Socialism is to socialism.”

19 thoughts on “Feeling the Hate in New York”