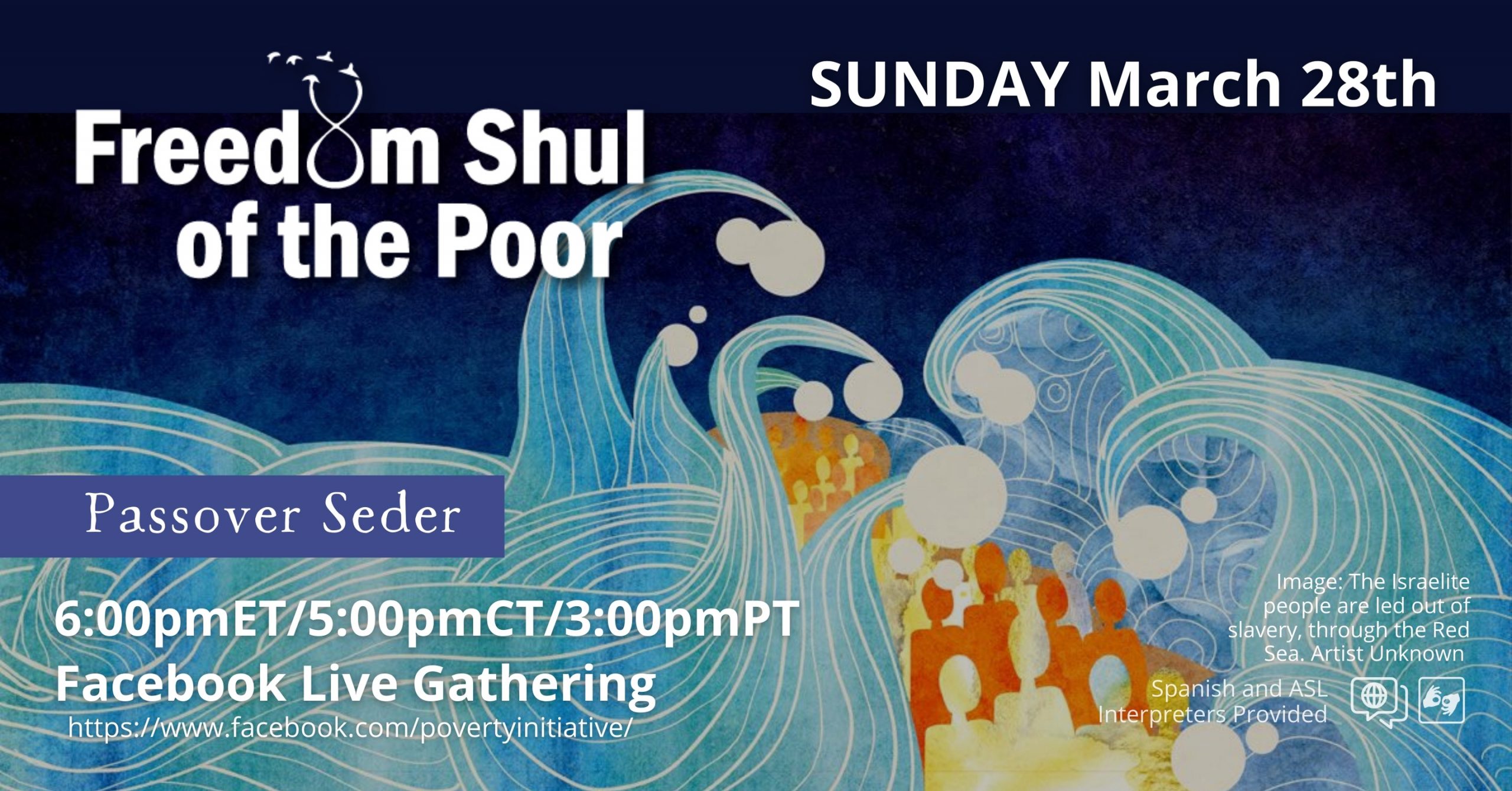 Freedom Shul of the Poor

March 23, 2021March 23, 2021 by Rabbi Alana Suskin
I can’t attend this because it’s chag, but folks who aren’t limited that way, let me encourage you to go.
There’s nothing more important right now than the work that the Poor People’s Campaign is doing – building a movement fighting poverty, and reminding us that poverty, environmental destruction, structural racism, militarism and the war economy, and reversing the distorted moral narrative of religious nationalism – these are not separate silos and can’t be addressed that way – together we must use the power of people and the roganizations fighting these things to build a moral movement and to transform the political, economic and moral structures of our society into one that works for ALL of us.
This is a natural fit for the holiday of Passover, which recalls our redemption from Egypt.
Passover isn’t an end, it’s a beginning – the beginning of the omer period, the journey to Sinai, and the giving of law. We were freed by God’s hand not just for freedom from, not for unboundaried irresponsibility – that is the freedom of children, but for freedom to: the freedom to serve God and justice and to be shaped by our time in the wilderness to create a just and moral society.