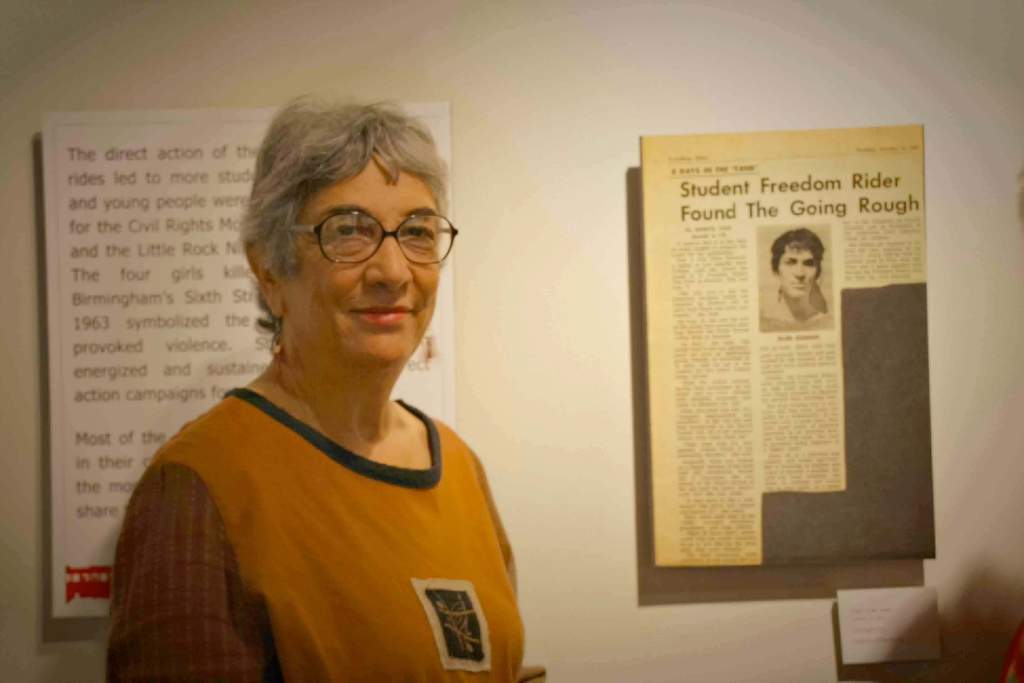 From the American South to the West Bank: A Freedom Rider Bears Witness to Human Rights in Israel/Palestine

This is a guest post from former and future Jewschool contributor Brant Rosen whose personal blog can be found here.

On November 15, Palestinian activists will attempt to board segregated Israeli settler public transport headed to occupied East Jerusalem in an act of civil disobedience inspired by the Freedom Riders of the US Civil Rights Movement.
Fifty years after the US Freedom Riders staged mixed-race bus rides through the roads of the segregated American South, Palestinian Freedom Riders will be asserting their right for liberty and dignity by disrupting the military regime of the Occupation through peaceful civil disobedience. Organizers say this ride to demand liberty, equality, and access to Jerusalem is the first of many to come.

Ta’anit Tzedek – Jewish Fast for Gaza will stand in solidarity with the West Bank Freedom Riders with a very special conference call on the day of the demonstration. Please join us Tuesday, November 15 at 12 pm Eastern Time to join our conversation with Ellen Broms, one of the original Freedom Riders for civil rights in the American South and currently an activist for a just peace in Israel/Palestine.

During our call, Ms. Broms will talk about her own experiences as an activist/demonstrator for civil rights in the 1960’s and why her activism has led her to take a stand on behalf of Palestinian human and civil rights.
Ellen Broms is a retired state worker who resides in Sacramento, CA. Her involvement in the civil rights movement began when, as a student at Los Angeles City College, she demonstrated at Woolworth lunch counters in support of similar sit-ins by students in the South.
In June 1961, Ms. Brom attended a freedom rally at the Sports Arena in Los Angeles where Dr. Martin Luther King, Jr. gave the keynote speech. After hearing a freedom rider speak, she was inspired to participate in the rides herself. On August 11, Ms. Brom was arrested with other freedom riders after they sat down and demonstrated in a Houston coffee shop.
In her words:

The police arrived, having been summoned by the owner and we were charged with unlawful assembly and taken to the Houston city jail. We were fingerprinted, mugged, and classified at the city jail and then transferred to the Harris County Jail. Ironically, I was booked as a “Negro” because of my dark hair and complexion. We declined to state “race” and they classified me as “High Yellow”. Marjorie, a very fair skinned, green eyed female rider of African American descent was classified and booked as white. I was placed in the “tank” for black women and Marjorie went to the white women’s tank. If we did nothing else during that ride, we did succeed in briefly integrating the jail.

After spending eight days in jail, Ms. Brom was released. The riders were found guilty of “unlawful assembly” by an all-white jury and fined $100 each. Their case was eventually appealed to a higher court and overturned.
Ellen Broms has since been honored by Congress, the state of Texas and the city of Houston for risking incarceration and violence as a Freedom Rider. She continues to work as an activist for peace and justice, particularly in the area of a just peace in Israel/Palestine. She is actively involved in the Sacramento branch of Jewish Voice for Peace and is campaigning on behalf of the West Bank Freedom Riders.
To participate in the call:
Dial Access Number: 1.800.920.7487
Enter Participant Code: 92247763#
There will be opportunities for questions and answers during the call.
Please click here for more information about how you can get involved in support of the West Bank Freedom Riders. Please share this information with others you think may be interested in participating.
We looking forward to your joining the call!

4 thoughts on “From the American South to the West Bank: A Freedom Rider Bears Witness to Human Rights in Israel/Palestine”