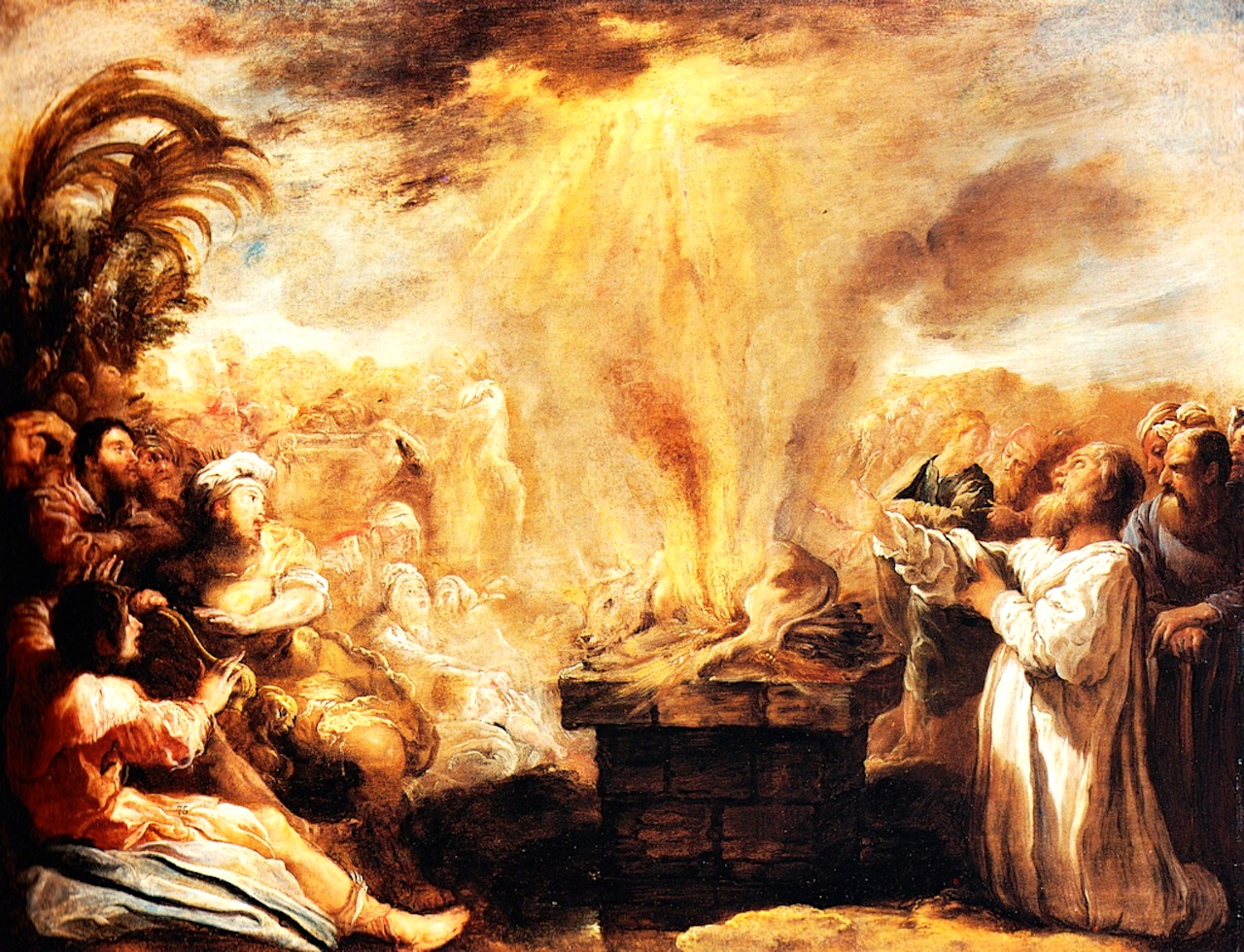 How long will you jump between sides?

Haftara Ki Tisa should have been last week’s haftarah, with the story of the contest between Eliyahu HaNavi and the prophets of the Baal on Mt. Carmel, but for its displacement by the special reading associated with Parshat Hapara (the red heifer). In honor of the lost haftorah – which I find to be one of the most remarkable in the cycle – I offer the following brief remarks.
In First Kings (18:21), Eliyahu chastises the Israelites for hedging their bets between God and the Baal. Instead of simply urging them to return fully to God, however, he tells them to pick a side. “How long will you keep jumping between two opinions? If the Lord is God, follow him; and if Baal, follow him!” This verse should trouble our mefarshim; why would he encourage doubters to join the Baal more fully? Why would he chastise specifically those who jumped back and forth? Yet most major medieval commentators focus instead on explicating the literal meaning of the words and choose not to ask this question. Hirsch and several other modern commentators likewise follow this course.
The Lubavitcher Rebbe (z”l), in one of his better-known volumes of drashas, suggests three answers. First, for a person jumping between sides, teshuva will prove exceedingly difficult. When the Baal is ultimately defeated they will say, “I was always with God” and not recognize the damage wrought on themselves and others by their flirtation (or support) for the Other Side. Only by casting them in the midst of the evil would they then be forced to reckon with their choices, and ultimately repent. Second, a person devoted to the Baal is at least passionate; they are at least devoted to a spiritual cause. That passion, that yearning, is vital and is absent in the cynic who “jumps between sides.” Even if it’s temporarily misplaced, it can eventually be redirected. Finally, and this point was first raised by the Chofetz Chaim as well, the cynic who jumps between sides can easily lead others astray. Their appearance as Godly people while they flirt with the Baal, or even just fail to condemn it, lends that worship a stamp of approval. This is a national danger, beyond the nearly impossible task of teshuva for those individuals themselves.
The story is certainly problematic from a modern perspective, insofar as it celebrates Eliyahu’s massacre of his religious opponents. But if we understand it as representative of the struggle between good and evil – which God and Baal represent in the text, and certainly in the rabbinic mindset – I believe there is a deeper lesson here.
At a time of moral crisis, one cannot stand on the sidelines. At a time of moral crisis, neutrality is unacceptable, and indeed may be worse in the ways indicated above. I take this lesson extremely personally and try to examine ways in which my own hypocrisies undermine my own Divine service and potentially (chas v’shalom) mislead others.
But extending this logic to our contemporary moral and political crisis, there may be another lesson here. At times, I feel less frustrated by voices that support Trumpism (either out of immoral motives or else simply ignorance of its threat to humanity) than by voices that claim – when pressed – to be against it, but in practice cynically jump between the sides while undermining those attempting to defeat it.
I am trained as an historian to seek nuance, which is generally laudable. To describe not in black and white, but in shades of gray. Moreover, Jewish political tradition arguably tends towards bending and negotiation. But nuance is not the same as cynicism, and there are moments when we have to stop jumping between two sides. There are moments when one side is clearly wrong even if the other is not a perfect manifestation of Divinity. How long will you keep hopping? We cannot be as confident in victory as Eliyahu.