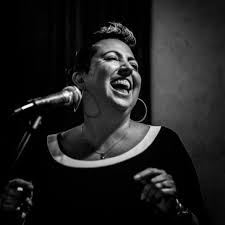 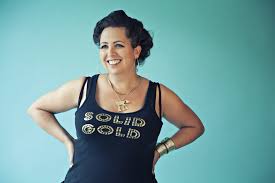 In the early aughts- I was introduced to the music of friend-of-Jewschool Jewlia Eisenberg, also the drive behind the band Charming Hostess. In addition to writing her own music, Eisenberg took traditional tunes, many of them Jewish, especially non-Ashkenazi in origin and turned them into danceable, punk, feminist anthems – without sacrificing their roots. I fell in love with her music immediately, and still listen to it now.  Over the years she has taken many different turns in her music – different styles, different eras, but all of them true. All authentic. And all full of her deep joy.

She was deeply embedded in Jewish culture and religion – she studied at Pardes and often posted pictures of herself lighting Shabbat candles or doing other Jewish rituals- and played her music all over the US and Europe.

Over the last few years, Jewlia  struggled with her health, and about two months ago, she received a bone marrow transplant to try to reboot her immune system. This morning, she lost her battle – may her neshama have an aliyah. She is survived by her partner, AnMarie Rodgers.

Video from one of her long running projects “The Bowls Project”