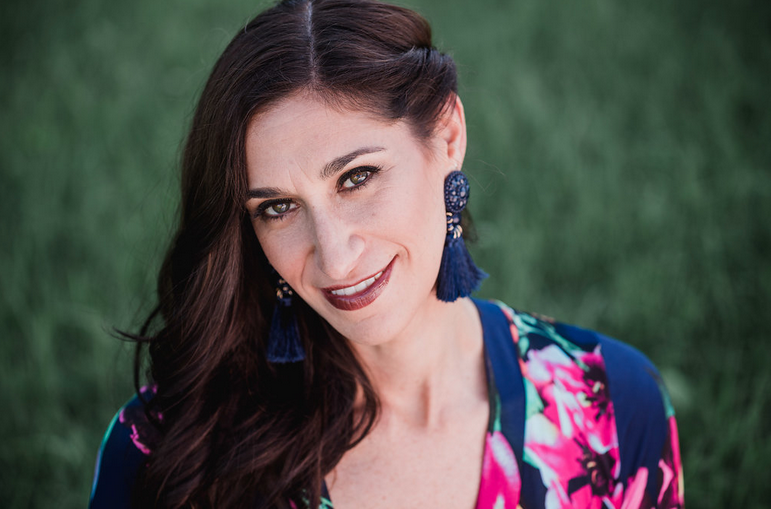 Let’s start with some basics: What is your connection to Macedonia?

My grandfather was born there and I always heard stories about Monastir (now known as Bitola), the city where he grew up. Until World War II, Monastir had a vibrant, proud Sephardic community that maintained the Judeo-Spanish (Ladino) language and culture their ancestors brought to the Balkans after fleeing the Inquisition in the late 15th century.

During the Holocaust, Nazi-aligned Bulgarian occupying forces deported 98% of Macedonia’s Jews to their deaths at Treblinka. My grandfather had already immigrated to America at that point, but sadly, all but a couple of my grandfather’s relatives remaining in Monastir were murdered.

For those readers who are unfamiliar with Macedonia, where is it and can you share a little bit about its history?

Macedonia is nestled in the Balkans. It’s surrounded by Albania, Greece, Bulgaria, Kosovo and Serbia. When my grandfather was born there, it was part of the Ottoman Empire.

Macedonian history can be traced back to the Neolithic era and through the rules of the Kingdom of Paeonia, Kingdom of Macedon, and Roman, Byzantine, Bulgarian, and Ottoman Empires. The Macedonian territory was partitioned between Serbia, Bulgaria and Greece following the First Balkan War of 1912 and became part of the Kingdom of Yugoslavia following the Second Balkan War of 1913. Following WWII, Tito unified most of the Balkans, including a semi-autonomous People’s Republic of Macedonia, into Yugoslavia. During the fall of Yugoslavia, the Republic of Macedonia peacefully gained its independence in 1991.
Macedonia is made up of many ethnic identities: Ethnic Macedonians, Albanians, Turks, Roma, Vlachs, and Jews. Seventeen years ago the county was on the brink of an almost all-out inter-ethnic war. The country worked through this difficult period and dedicated itself to a peace-building process that advanced minority rights and democratic principles. Today, the country is proof of how so many distinct cultures can live together peacefully.

Why are you leading a Jewish heritage tour to Macedonia?

I visited Macedonia for the first time in September 2017 to perform a concert in Ladino in my late grandfather’s hometown. I was amazed by the homecoming welcome I received and awed by national and local efforts to preserve and protect Macedonia’s Sephardic Jewish history and culture.

When I was invited to perform once again in Macedonia in August 2018, I felt it was important for me to extend the invitation from the Macedonian people to Jews around the world to join me and be welcomed with unending hospitality. It is a unique opportunity not just for Sephardic Jews, but Ashkenazi and Mizrachi Jews too to learn about Macedonia’s Jewish heritage, meet the country’s small but vibrant Jewish community, and see the country’s beauty.

Why do you write and perform music in Ladino?

When my grandfather arrived in America, his family was escaping the Balkan Wars in 1912-1913. They quickly wanted to become American, and so, sadly, some of the traditions from the old country were left behind. Ladino was my grandfather’s first language, but it was quickly set aside when he settled in America.
As a little girl, I was fascinated by my family’s Sephardic past and wanted to learn more. When my elders couldn’t share the language with me, I decided to learn it through the music which I had always loved.
Traditional Ladino music can illuminate so much about Sephardic culture– there are strong doses of humor, insights into family life, nostalgia for lost homes, and more. The music is so relatable and universal, even hundreds of years later.
The yearning to connect with my family’s heritage initially drew me to the music, but after singing traditional songs for so long, I realized I wanted to share my own sense of historical memory. I started writing my own music in the fading language, informed by my love of Judeo-Spanish poetry, family stories of our Balkan heritage, and Sephardic symbolism. UNESCO lists Ladino as severely endangered, yet the language represents such a beautiful part not only of Jewish history, but also of world history. It deserves a chance to remain alive.
[youtube https://www.youtube.com/watch?v=Uaad7TPTYHc]

What do you want people to know about Macedonia?

Few people know about Macedonia’s history; fewer still know about the rich Jewish history that was born there. Some of the earliest archaeological remains of synagogues can be found in Stobi, Macedonia; they date back from the 2nd and 3rd centuries. After the expulsion from Spain, thousands of Sephardic Jews made their way across the Mediterranean and settled in the region.
After WWII, Macedonia’s Jews held tight to their history and religious identity. While the Jewish community remains a modest 225 people, essentially all located in the country’s capital of Skopje, over the last two decades, they have opened a brand new synagogue/community center and a state-of-the-art Holocaust museum. The Jews might be small in number, but their commitment to rebuilding Jewish life and sharing their history with their countrymen is inspiring.
I am inviting people to join me in supporting the Macedonian Jewish community in their efforts. We’ll be helping in the cleanup of the Jewish cemetery in Bitola, learning at Skopje’s Holocaust Memorial Center, and spending Shabbat with the modern Jewish community of Skopje.
I also want people to see how dedicated the country’s non-Jewish population is to highlighting its Jewish history. When I was invited to perform in Bitola last September, I was shocked to find out that my invitation, as well as all the details of my itinerary, was initiated by non-Jews. Everyday citizens reached out to me over many months to share history they had discovered about my family. They were so eager to show me how much they value their city and country’s Jewish history. I discovered that it is the gentile population that restores and cares for Bitola’s historic Jewish cemetery, runs the Macedonia-Israeli Partnership, gathers and maintains Bitola’s Jewish history for the country’s museums, and more.
Through putting together this summer’s tour, professional and lay historians contacted me to share their knowledge, offered to speak with our group, and volunteered to show us Jewish artifacts they have preserved.
We will also meet with ethnic Albanian Muslims who thwarted anti-Israel protests that were misdirected at the Jewish community of Macedonia. These civic leaders dedicated themselves to work with Jewish and Macedonian Orthodox counterparts to promote inter-religious understanding and cooperation by teaching about civil courage across religious and national identities during the Holocaust to save lives.

How can people join the trip?

I invite people to join me in Macedonia from August 19 to 26, 2018. Additional information, a full itinerary, and registration information can be found at http://bit.ly/jewishmacedonia. The registration deadline is March 16, 2018.

About the interviewer: Josh Bloom is a travel planner with MEJDI Tours, rebbetzin, father, and peace and human rights activist. He spent two and a half years working in Macedonia with the Organization for Security and Cooperation in Europe.