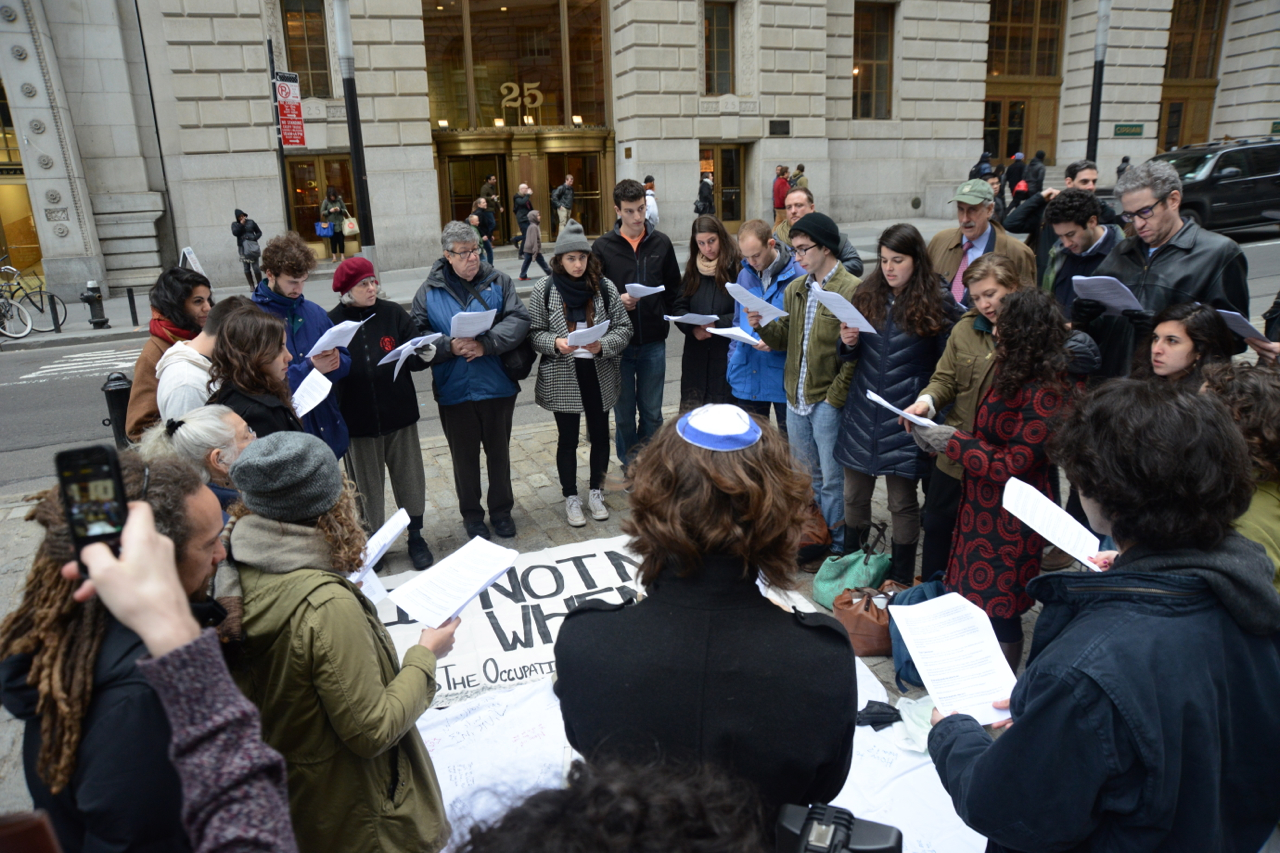 On Thursday, April 9th, members of “If Not Now, When?” held a seder in the street outside the offices of the Jewish Federations of North America in New York.
Their statement read in part: “We will go to the central Jewish Federations of North America office to say that our community’s support for Israeli military rule over the Palestinian people is against the Jewish values we celebrate on Passover, and threatens the safety and future of the Jewish people. In this season of liberation, we are renewing our commitment to wrestling with our community until we stand united on the side of freedom. If you’re unable to make the Seder, we hope you will join us in making a commit to act this year.”