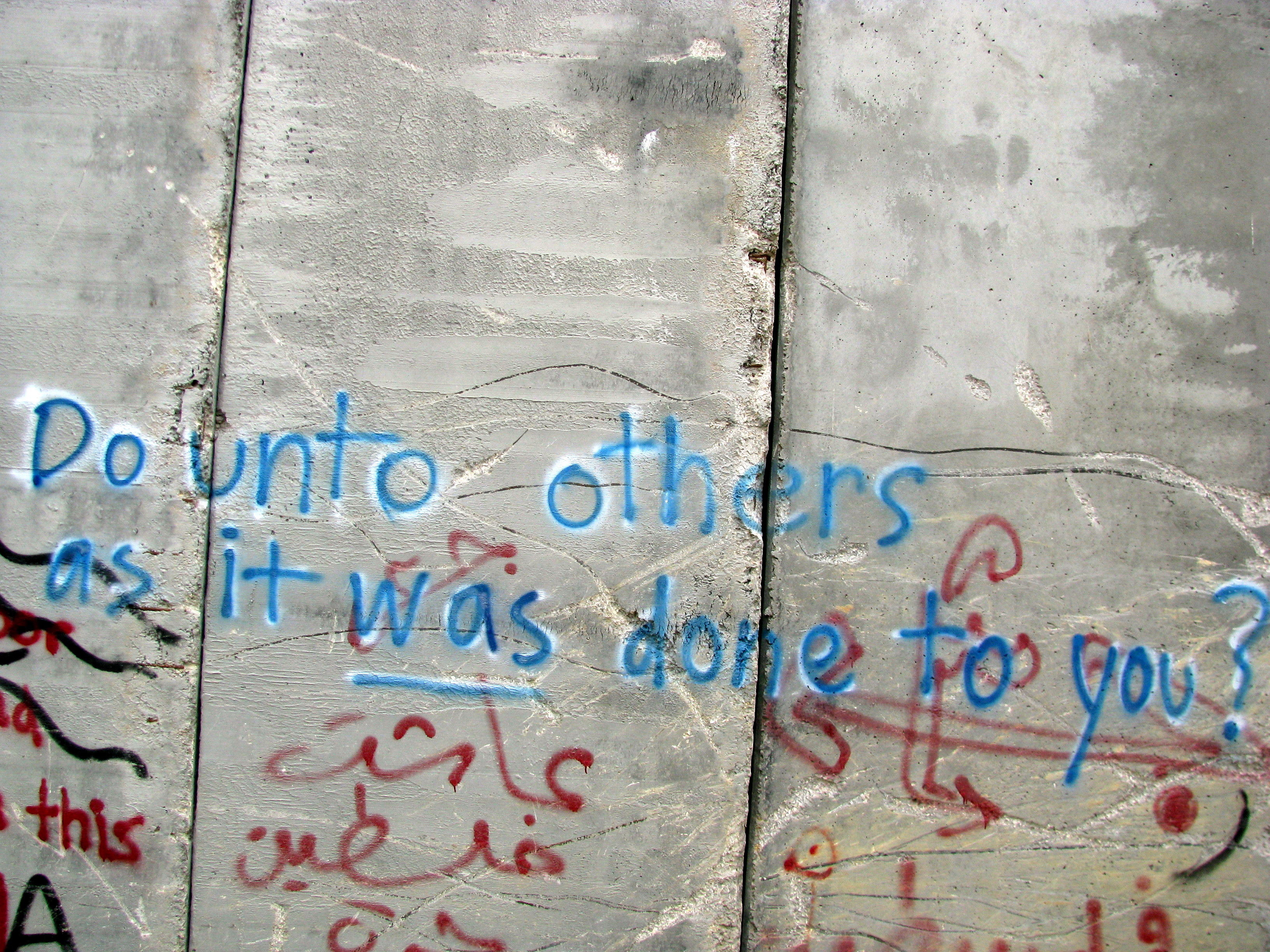 I recently visited Bethlehem on a trip facilitated by Encounter.
Political and religious experiences in Israel are too often interconnected. As Jew spending the year studying in a Jewish country (whatever that means), I’ve grown familiar with this intersection: Ruby Rivlin giving a lovely speech laced with Jewish textual references at the national Yom HaShoah commemoration, Women of the Wall entering the news and the courts with their fight to daven as they wish in the women’s section of the Kotel plaza, Naftali Bennett running a campaign event on my kibbutz during which he sings the Jewish songs I grew up with. But the last place I was expecting to find religion was on the Palestinian side of the separation wall in Bethlehem.
[pullquote align=right] So how could the wall be religious? What makes towering concrete feel sacred?
[/pullquote]As a religious person, my definition of religion is pretty clear-cut: religion is ritual intended to facilitate connection with something greater than oneself. (I, for example, am observant because I think mitzvot are commanded by God and therefore how one connects to Hir). So how could the wall be religious? What makes towering concrete feel sacred?
On the Israeli side of the wall, the one I was familiar with from an eighth grade trip to Rachel’s Tomb and casual bus rides to and from Efrat and Elazar for shabbat this year, the pale grey expanse is sterile and clean, threatening or safe-feeling depending on one’s perspective and narrative. On the Palestinian side, though, against the abandoned gas stations that used to sit at the side of Route 60 before it was rerouted, the wall is colorful with graffiti.
The paint — red, green, and black for the most part — covers the wall in images and words, including much English. This was clearly a site meant to be seen by more than locals. “Free Palestine” was oft repeated, and many quotes calling for love and peace. Biblical quotes about justice also were frequent. It was the graffiti that made the wall feel religious, as my group walked along in a hushed-single file line; it seemed that I wasn’t the only one who felt reverence.
[pullquote align=left] How, though, does graffiti on a wall meet my standards of sanctity?
[/pullquote]How, though, does graffiti on a wall meet my standards of sanctity? What about it is ritual, connection? I think the answer lies in the clear element of pilgrimage. People clearly come from afar to leave messages of love, support, and hope on the wall. Walking beside it, I was struck by the desire to write something myself. The writing on the wall was in English, Arabic, Spanish, French, Korean. Travelers from around the world had come to this narrow strip of road, and marked the wall with their wishes for peace. On the Bethlehem side, the concrete has become a tabernacle of hope.
Had I had a marker with me, I would have added a note of love in Hebrew.

2 thoughts on “In Bethlehem”