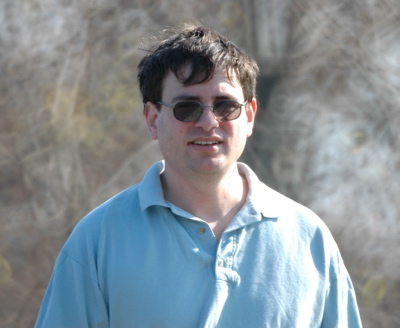 August 20, 2010May 4, 2018 by BZ
Mazal tov to Prof. Elon Lindenstrauss of Hebrew University and Princeton University, who just became the first Israeli to win the Fields Medal! The Fields Medal, awarded this week in India at the International Congress of Mathematicians, is often called the Nobel Prize of mathematics (there is no Nobel in math), but unlike the Nobel Prizes, it is only awarded every 4 years, and only to people age 40 and under.
Lindenstrauss won the prize “for his results on measure rigidity in ergodic theory, and their applications to number theory”. “Er-WHAT-ic theory?”, you may ask. The official release explains:


Ergodic theory studies dynamical systems, which are simply mathematical rules that describe how a system changes over time. So, for example, a dynamical system might describe a billiard ball ricocheting around a frictionless, pocketless billiard table. The ball will travel in a straight line until it hits the side of the table, which it will bounce off of as if from a mirror. If the table is rectangular, this dynamical system is pretty simple and predictable, because a ball sent any direction will end up bouncing off each of the four walls at a consistent angle. But suppose, on the other hand, that the billiard table has rounded ends like a stadium. In that case, a ball from almost any starting position headed in almost any direction will shoot all over the entire stadium at endlessly varying angles.
Systems with this kind of complicated behavior are called “ergodic.”
The way that mathematicians pin down this notion that the trajectories spread out all over the space is through the notion of “measure invariance.” A measure can be thought of as a more flexible way to compute area, and having an invariant measure essentially assures that if two regions of the space in some sense have equal areas, points will travel into them the same percentage of the time. By contrast, in the rectangular table (which of course is not ergodic), the center will get very little traffic in most directions.
In many dynamical systems, there is more than one invariant measure, that is, more than one way of computing area for which almost all the trajectories will go into equal areas equally often. In fact, there are often infinitely many invariant measures. What Lindenstrauss showed, however, is that in certain circumstances, there can be only a very few invariant measures. This turns out to be an extremely powerful tool, a kind of hammer that can break hard problems open.

Read on to learn more about Lindenstrauss’s contributions to the field.