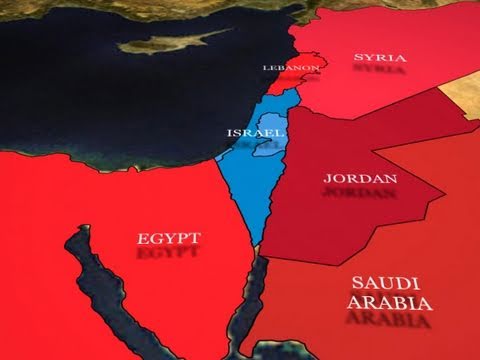 “Knowledge is the beginning of action, and action is the completion of knowledge.”
-Wang Yang-ming (1472-1529)

“I went to the Bulgarian Orthodox church the other day,” I told my friend. (Once in a while, I’m dragged to some esoteric church or other by another friend of mine who’s Spiritually Seeking (TM), and I humor her.) That’s all I said. That’s how this all started.
“I’m into yoga and Buddhism and astrology or whatever. I can’t really get into formal religion,” she replied. “I don’t even know why anyone would be Jewish, like choosing to be Jewish.” I told her, of course, that I probably wouldn’t have had the stamina myself if my dad hadn’t been Jewish. This is usually how I’d mollify such situations; you know, the old “Yeah, you’re right, but what can I say?”
“I mean, I don’t support Israel,” she went on, saying that although she didn’t really know all the facts, she did know such cold hard facts as “people are dying” and “the US shouldn’t be giving money to Israel.” I didn’t really know what she was getting at, but I’ve heard these conversations turn into “the Jews stole the land” more than enough times to know this wasn’t just going to be about fiscal policies.
“Israel is huge, and more people on the other side have died. Unless something has radically changed since I was last updated.”
“I don’t want to talk about Israel,” I said.
“Once I saw this stupid Israel group shouting stuff about Palestine, like how it’s not really a country,” she said. “How can you be such a vile piece of shit? I wanted to spit on them.”
And I don’t like how Jewish people automatically side with Israel as if they are Israeli,” she went on. “Do you really think they care about you stupid Americans over here, just because you’re Jewish?”
“It’s not all Israel’s fault,” I said. “That’s all I’m gonna say.” I have this rule where I don’t talk about subjects like this when neither party has enough information to have a real discussion. She had just told me she didn’t know much, and I’d be the first to admit I don’t know anything about Israel or Palestine, to say nothing of the basics of politics. It’s pretty tough to learn anything anyway when your only options are either Aish or the lone book in your library’s Israel section, “Israel: How to Handle This Fascist State?”
“Well, you’re biased because you’re trying to be Jewish,” she said. “You’re personally invested in this because of the Jewish element. You can’t be objective, and that’s sad. I can’t believe how people can be so closed-minded.”
I didn’t know what to say. I really had nothing to say. I don’t know much about the “conflict” either, except for what I learned in my History of Zionism class, which is basically this:
http://www.youtube.com/watch?v=63hTOaRu7h4
Somehow I suspected that wasn’t going to change her mind.
Israel was beside the point, though. I realized this as she continued, telling me that “Jews think they’re better than everyone,” “Jews are so elitist,” and “It’s racist not to intermarry.”

Sure, when I lived in Brooklyn, I heard this sort of thing on the bus and waiting for the subway, but only when I’m back home in Virginia do I hear it from friends. When I told her afterwards that I didn’t like being called “elitist,” she told me I was taking it too personally, and that she didn’t see why she would have offended me.
I’d try to crudely analyze such a frustrating situation if I thought it actually needed analysis.
The truth is, it’s exhausting to be the “spokesperson” all the time to people who will never fundamentally understand. Of course someone who’s raised to believe that “it’s racist not to intermarry” is going to think that “Jews are elitist.” I’m not going to change that. But I thought that when I got disillusioned with the details of the process of my Orthodox conversion and left Brooklyn after five months there, I’d just leave behind the Jewish community and religion and it would all work out, and that I wouldn’t mind the inevitable barrage of “Jews are like X” jokes, because I was over it. I actually thought I could do this, I thought I could avoid all of it, as long as I acted right, said the right things, diverted the subject…right up until I heard “Jews think they’re better than everyone.”
And it just wasn’t happening.
So thank you, anti-Zionist friend, for getting me out of that lie before it could get any deeper. Thanks for now believing I’m elitist and probably ultra-religious too, just because I disagreed with you. You made me realize that this goes far beyond anything I could do to avoid it. Now I won’t have to pretend to laugh at your jerky Jewish jokes anymore.

6 thoughts on “Judaism: An Inconvenient Mistress”