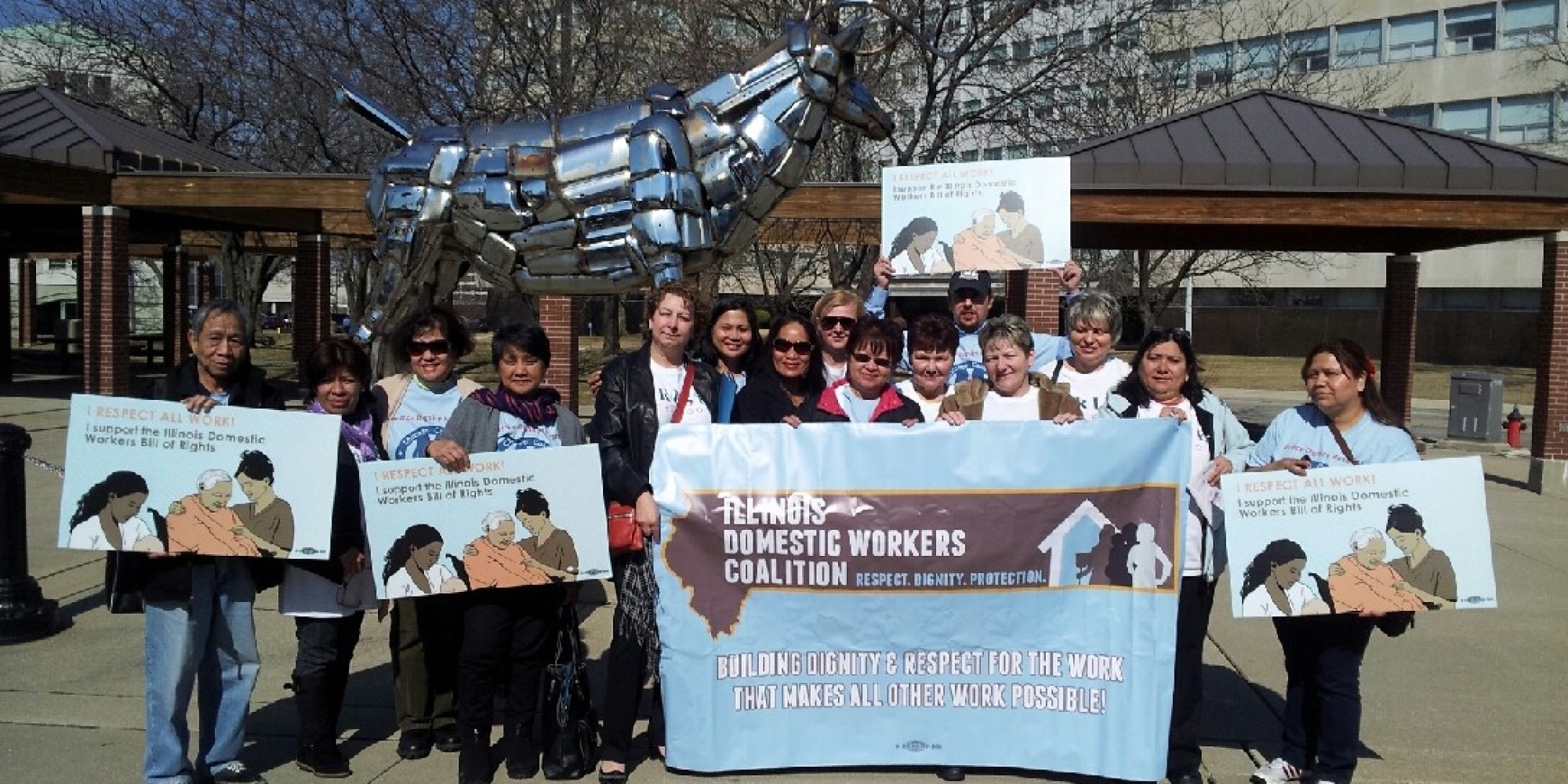 For a long time, I didn’t think of the various women who cared for my family as our employees. They watched my sister and me when we were kids, cleaned our house, and attended to my grandfather’s needs, both intimate and mundane, when he was sick. They watched me grow up and we developed real and meaningful relationships with them; however, they were still workers and, my family, still employers.
I didn’t think of these women as my family’s employees for some of the same reasons many people don’t: domestic workers provide care in a deeply personal and private space and, in so doing, can feel less like actual employees. It can be hard to remember that they have families of their own and, for many, this work is the sole financial support for their families. It can be even harder to remember that as an employer, you are responsible for establishing fair pay and overtime; offering paid time off, including medical and sick leave; and agreeing to specific expectations for what the work will include. All too often these things are withheld or simply forgotten.
What has enabled this to occur, in large part, is the exclusion of domestic workers from labor laws. They, like day laborers, are not guaranteed rights as basic as a minimum wage, one day off per week, and freedom from sexual harassment in the workplace. Domestic workers are routinely denied these protections and, because the industry is unregulated, few of these violations are ever rectified. On top of that, a significant number of domestic workers are undocumented and, consequently, in an even less empowered position to advocate for fair compensation and a safe workplace.
We have a chance to begin to correct that. Six states – New York, California, Hawaii, Massachusetts, Oregon, and Connecticut – have passed a Domestic Worker Bill of Rights that extends the protections under labor laws that other workers already have. In Illinois, where I live, we are fighting for the passage of ours; the bill has passed in the House and is waiting to be voted on in the Senate.
But even in the absence of such laws, people who hire domestic workers should be implementing best practices to be fair employers and affirm the value and dignity of all work. Nearly all of us, at some point during our lifetimes, will have to consider how to care for children, parents, or others who need assistance. Many of us are or will be in a privileged position to hire people to help. As employers, while not necessarily meaning to, we are often complicit in an unjust system that oppresses mostly immigrant women. If nothing else, we have in our hands the ability to determine the nature of that relationship.
As Jews, this issue resonates even more deeply. We have roots as leaders of the Labor Movement, the Civil Rights Movement and other progressive campaigns throughout history. In fact, much of our own history in this country is as immigrants and low-wage workers. Our values call on us incisively to leave the world in better shape than we find it. In this case, our Jewish voice can be one that helps to uncover the mask of secrecy that often shrouds injustice, especially in the home.
The Jewish community has been part of the fight for a Domestic Worker Bill of Rights in many of the states in which it has passed, and Jews are fighting for its passage in Illinois as well. If you live in Illinois, call your state legislator to make sure he or she is supporting the Illinois Domestic Worker Bill of Rights. If your state has not passed this bill yet, you can start urging that one gets drafted and introduced in your state legislature. If you’re an employer, you can visit Hand in Hand, a network for domestic employers, and sign its Fair Care Pledge at www.domesticemployers.org. And whoever and wherever you are, you can speak up about this issue and affirm a Jewish commitment to respect all work.

One thought on “Justice Begins at Home”