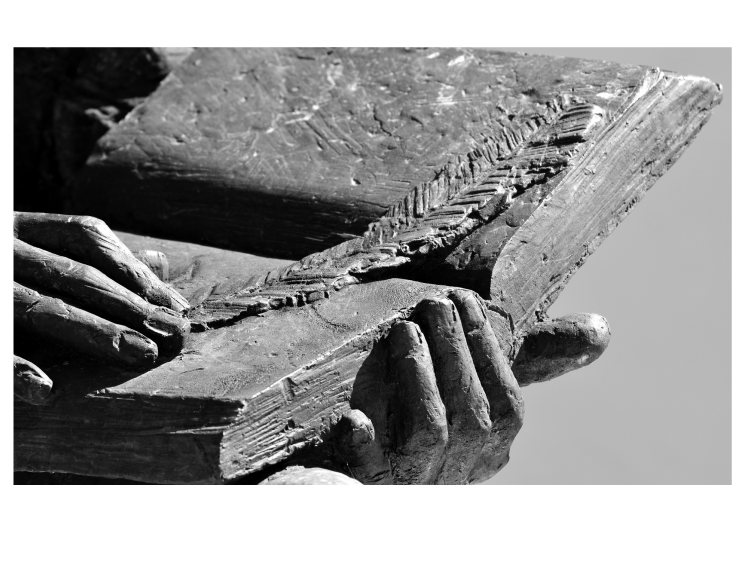 How to be a learned Jew, in two easy steps.

Since we have just celebrated the turning of the Jewish year, it seems perhaps a touch early to  suggest that there are two books which are the must-have books of the year, and that we already know what they are. Nevertheless, there are two excellent new books which  we should all have on our shelves, and both should become classics that all of us – from novice to learned – turn to again and again.
The genre of social justice Judaism books is an overstuffed one, and frankly, with a few really outstanding exceptions, mostly either not seriously engaged with text, or else not accessible to a general reader. That’s why it’s particularly important to make sure that everyone I know – and a lot of people I don’t – make sure to get a copy of Rabbi Shai Held’s The Heart of Torah.
Rabbi  Held is known for his gifted and humane scholarship. Several recent reviews of his work have showcased his compassion, his genuineness, and his love of Torah and Judaism, bequeathed to him through an unusual upbringing. His work, whether in his writing or his speaking, engages his interlocutors not only through deep knowledge of his material, and an old-fashioned liberality in the extremely broad selection of sources used to explicate and elucidate Torah – not only Jewish sources, but Christian ones, including sources that are rarely seen or cited in Jewish books, such as evangelicals. And this openness to sources outside of the usual suspects is a hallmark of Held’s work and of his attitude towards Judaism.
Held deeply believes in the Talmudic maxim from Pirke Avot    אֵיזֶהוּ חָכָם, הַלּוֹמֵד מִכָּל אָדָם- Who is wise? The one who learns from every person. It isn’t simply that Held cites unusually broadly: it is his approach to others, the disinterest in institutional politics and its funhouse mirrors, it is the outreach to anyone who is willing to walk with him through a path of Torah that takes what the Torah says both theologically and ethically seriously.  His genuine curiosity and openness to others that shines through is the same openness and curiosity that means that for each portion, he zeroes in on details that – well, honestly, that everyone else seems to have missed or dismissed. Have you ever read a parshah discussion of Lemech before? (Let alone a meaningful one) I’ll wait…
It is for these reasons that I have unreasonably classified this work as not only a book of torah, and not only collection of divrei torah, but as an exemplar of Jewish social justice.  Held’s work isn’t political – at least not in the usual sense. But in the sense that it embodies the best values of progressives and liberals in interrogating our assumptions about the world, contrasts value systems to draw the best out of both of them, and insists, calmly and steadily, on a Judaism that demands for us to be in relationship with God, and that to do so, we must take seriously the rabbinic requirements to interrogate our tradition through the lens of empathy and dignity. In that sense, Held uses each portion as an opportunity to pry out Meaning-with-a capital-m as the sages did, from every word.
This is not the kind of social justice that repeats “tzedek tzedek tirdof” ad nauseum, with no specifics other than some party’s platform or other (at best), but the social justice which demands we take seriously  – and with love -the social criticisms from all participants – left, right, and center – and also Immanent and Transcendent.
If you want a book that is both accessible and deep, one which will open you to the humanity of all kinds of people, with love and compassion, this is the book for you.

In the early 17th century, a book which would become possibly the most popular Jewish book of all time would be published in Yiddish by Rabbi Jacob ben Isaac Rabbino of Janova. The Ze’enah U’re’enah has been widely supposed to be a book “for women and men who are like women” (in that they couldn’t read Hebrew) in the common knowledge, but, as the editor, Rabbi Morris Faierstein, explains in his accessible yet scholarly introduction to the annotated translation of this essential book, that was almost certainly a slander of the scholars of the 19th century Wissenschaft and Eastern European maskilim, who held Yiddish in contempt.
The introduction to this book is, on its own, worth reading, as an introduction to an essential work of Jewish scholarship (which, incidentally, also explains Rabbi Faierstein’s choice of what I would have, previous to reading it, viewed as a somewhat eccentric spelling of the book’s title), a book which, despite its reputation, was certainly a masterwork, and which no learned Jew, then or now, should be without. Bless him for finally making this work available to English-reading-non-Yiddish-speaking Jews.
Jews have never read Torah without commentary. The idea of sitting down and “reading the Bible,” in the manner which some of our Christian friends do, simply straight pshat – text without commentary and explanation – is alien to Jews.  We were never the people of the book, but always the people of the books. The Ze’enah U’re’enah will be seen by anyone who picks it up as an essential tool to understand Jewish views of Torah.  It is hefty – like Rabbi Held’s book, it is two volumes (and it is, just as a side note, printed in a lovely edition with foot, not endnotes, on high quality paper. I am always thrilled to get a book which is in addition to being a good book, a beautifully printed one), but that’s just fine, as it is not meant to be read cover to cover in a sitting.
Rather, it is a companion to Torah. Each week, one opens the Ze’enah U’re’enah to the portion that is being read that week.  Each Torah portion is about 25 pages (a few, a bit shorter, quite a few significantly longer) which includes a separate section on the haftarah.  In it, a treasure trove of Jewish commentary on the week’s Torah portion is available, annotated so that you know precisely which commentator it comes from. Occasionally it comes from Rabbi Jacob himself, but the vast majority of the commentary comes from classic commentators. One parshah that I opened to randomly contained 132 notes for the parshah (the haftarah’s notes are helpfully numbered separately), a great many from Rashi, himself a wide-ranging collector and citer of other sources, but also from Hizkuni, the Talmud, Ba’al haTurim, Be’ure Maharai, Bahya, Toldot Yitzchak, Ramban, Rambam, Imre Noam, Devek Tov, and Midrash Rabbah.
That is to say, simply by reading a chapter of the Zeenah Ure’enah each week, you can become quite learned in classical rabbinic commentary. In short, Rabbi Faierstein has made available for the first time to modern Jews what is essentially a college course in Judaism. Take that, Wissenschaft! (Granted, as an academic press book, it’s not cheap, but it’s well worth every penny, and a paperback version is soon forthcoming).
It is unusual that two such important books come out so close together, and as they are both books of parshanut, I suggest that you order them immediately, so that you can begin reading the associated comments on the torah portion weekly, beginning this week. The books are complementary: both are books of parshanut, one a very modern struggle with the world we live in, with a deep and compassionate reading of texts; the other is a spectacular entry into classical Jewish commentary on a level both scholarly and accessible for anyone from those who have never dipped in a toe, to those who already have a mastery of text in Hebrew and Aramaic, but who do not read Yiddish. It may, in fact, leave both of those parties surprised to find themselves sorry that they do not.
The two books would not seem to have a great deal in common – and yet one thing that they do have in common is their careful sharing of wisdom from numerous sources.
וְהָאוֹמֵר דָּבָר בְּשֵׁם אוֹמְרוֹ, הָא לָמַדְתָּ שֶׁכָּל הָאוֹמֵר דָּבָר בְּשֵׁם אוֹמְרוֹ מֵבִיא גְאֻלָּה לָעוֹלָם
One who cites a matter in the name of the one who said it brings redemption to the world.
Pirke Avot 6:6
Here’s to listening to the many voices of Torah and bringing redemption a little closer.