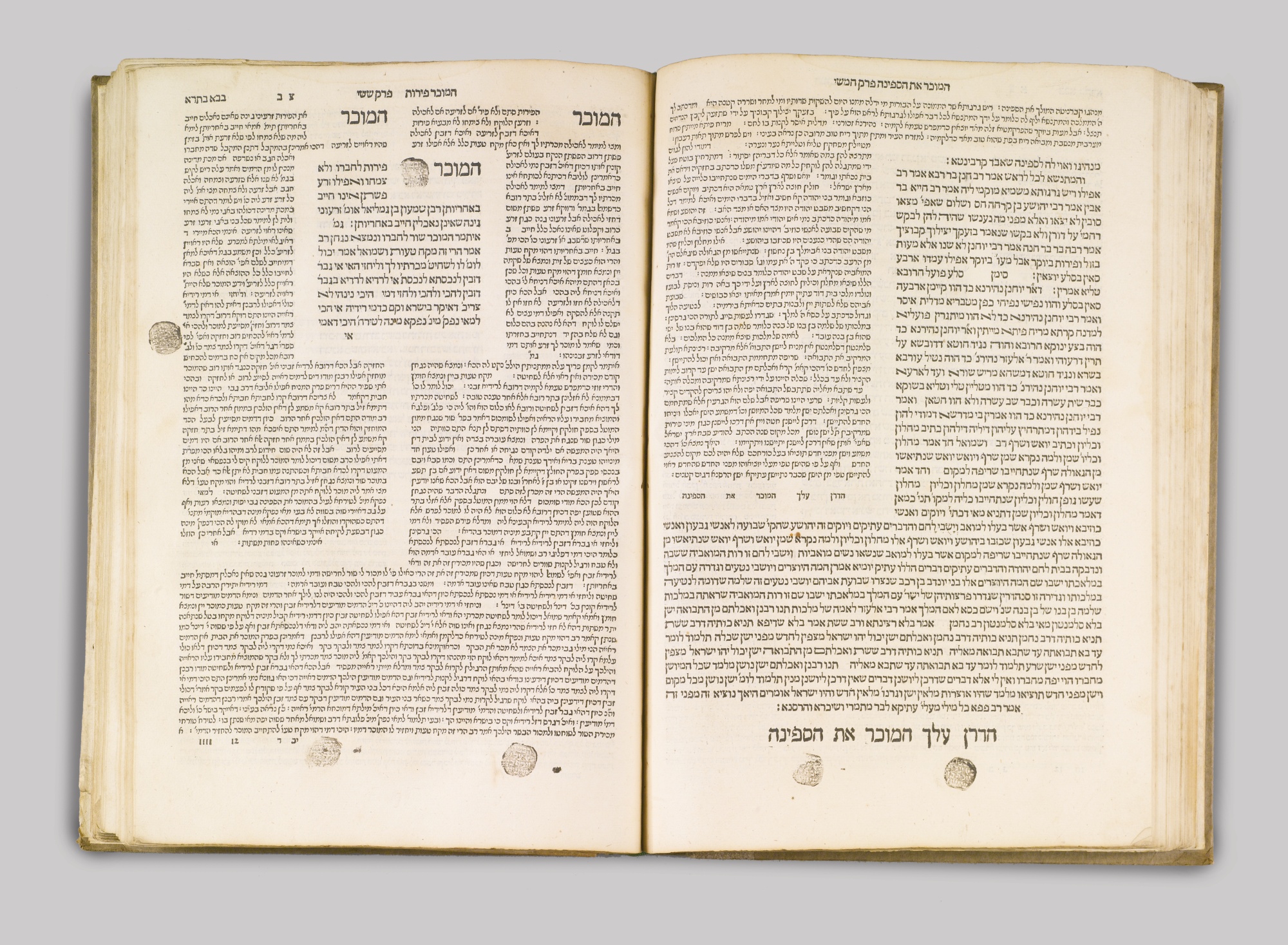 Learning Bava Batra in the Age of Trump: Talmud in #TorahForTheResistance

#TorahForTheResistance is a series written by young rabbinical and religious students about Jewish resistance to Trump through the lens of faith, Judaism, and spirituality. Read more resistance here.

The election of Donald Trump and the rise of the #JewishResistance movement has led to an amazing outpouring of Torah. My Facebook news feed, in addition to brimming with bad news and outrage, is full of rabbis, rabbinical students, and laypeople sharing texts that speak to the political moment and its attendant moral obligations. These texts are beautiful, powerful, and compelling. They are also entirely drawn from the Tanakh.
The Torah that is present in my life most regularly is not Tanakh but Talmud: I’ve been learning daf yomi for a year and a half. Fully half of this time has been spent on the “Bavas,” the first three tractates of the order of Nezikin, which focus on the laws of damages and ownership. Bava Kama was full of situational humor, and I found that learning Bava Metzia with daf yomi’s characteristic speed and lack of depth made it mostly a slog. Then, the week after Trump’s election, the cycle began Bava Batra.
The opening sugya of Bava Batra, as well as many of the following sugyot, is about walls: where to build them, how to build them, when to build them. In the middle of reading the first mishna, my phone pinged with a New York Times alert: Donald Trump had announced plans to put into motion the construction of the border wall he had advocated during his campaign. I learned the rest of the daf with a sense of urgency — the building of walls was a pressing moral issue, and the Gemara had a lot to say about it.
For the Gemara, building a wall is about affirming and strengthening the relationships between neighbors. For much of the first page of Bava Batra, the Gemara litigates if “the damage of seeing isn’t damage,” i.e. if wanting privacy is an adequate reason to require one’s neighbor to participate in putting up a wall. The Gemara’s initial, primary angle on when and why one could build a wall is interpersonal — walls have consequences, the Gemara seems to say. Even if you want a wall just to separate between my plants and yours, it will shape the spaces we live in. Could what we first see as a question of privacy actually be about real harm (one can build a wall in a garden not to ensure privacy but rather to prevent one’s neighbor from giving their crops the evil eye)? Do we understand the general public to be a different mass than a series of relationships with individuals? Do we have ultimate rights in our homes, even when that places a burden on others? These issues are about ourselves, our neighbors, and the vast public — and perhaps the blurred lines between those categories.
This experience was a rare moment where I felt like the daf was speaking to my life, but it turned out to be one of a series of such moments, so many that it became eerie. A few days later, the Gemara doubled down on the issue of walls; after chastising those who would build a gatehouse to keep the needy out of their courtyards, the text declares that scholars do not need to pay for walls. Their good deeds are their protection — walls are a recourse of those without mitzvot.
After polemicizing against the wall, the daf entered the politics on my news feed in a slightly different way. HIAS, the Jewish refugee resettlement and advocacy organization, shared a photograph of a Syrian mother and her children who had been blocked from entering the United States and reuniting with their husband and father by Trump’s ban. HIAS worked tirelessly to bring them to the Unites States despite the obstacles, and they succeeded. In their Facebook post sharing the joyful news, they ended with a Talmudic quote: “To save one life is to save the world.” That quote was from Bava Batra 11, the day’s daf.
As the news cycle moved on, so did the daf, taking positions first on public education and then on placing toxins near villages. A few weeks ago, daf learners encountered the story of Yehoshua ben Gamla, who instituted teachers in every province and town to make sure that children would be taught regardless of their fathers’ Torah knowledge. This blatant Talmudic declaration of support for public school systems felt so heavy-handed as to feel parodic as Betsy Devos was confirmed as Education Secretary. Later, a mishna forbade Jews from establishing tanneries and other sources of water contaminants near homes — Bava Batra, it seemed, was forcefully objecting to the construction of the Dakota Access Pipeline.
While the twenty-four books of the Tanach are a source of tremendous Jewish spiritual bounty, they are merely a fraction of the vast sea of Torah. Our Jewish intellectual heritage is so much more than Biblical. It is in some ways easiest in America, whose religious heritage is deeply Protestant, to reach for the Bible for moral lessons and to religiously motivate our politics. But in an era where so much oppression is effected through practical, legal means — school systems, permits, construction projects — the Talmud is a powerful resource. The Talmud, Nezikin in particular, offers strong condemnations of the practical actions that contradict attempts to build a just society. In addition, the act of returning uniquely Jewish texts to a public political discourse could be a form of resistance to white supremacy. Our Jewishness should permeate every level of our politics; the Talmud can be the best of that.