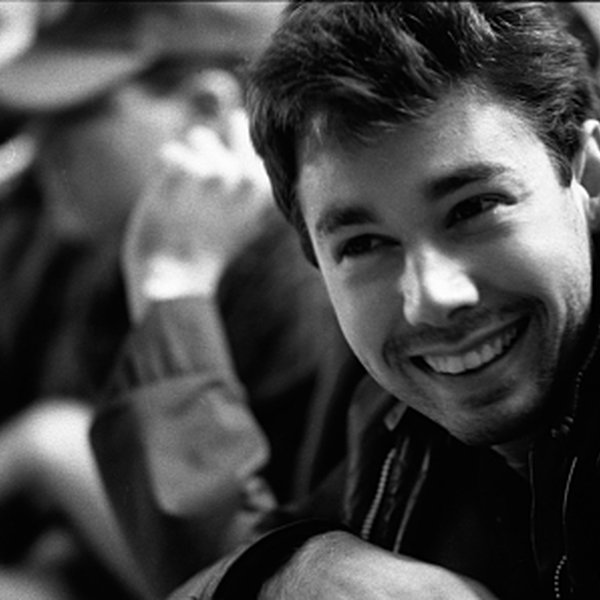 “It will explode your mind.”
Breaking, that is. This according to Eliav Binstock, 8 years-old and one of Washington D.C.’s growing crew of young Jewish breakers, or “B-boys” and “B-girls.” In the last couple of years, if you want to find what is capturing the imagination of young Jews in D.C., best prepare yourself for some windmills, coffee grinders, and 6-steps. 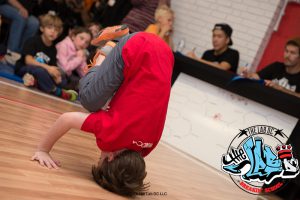 The tradition of Jewish connections to hip-hop and breaking culture (you may know it as breakdancing, but that’s a media creation; the correct term is breaking) go back many years and run through today, from the Beastie Boys and MC Serch in the golden era to Hoodie Alan and even Drake (yes, that Drake) today. Not to mention myriad producers, DJs, record label founders, and fans, like me.
But these kids are, for the most part, too young to be steeped in that history. They just know what feels cool, fun, and energetic.  As Yedidya Milner-Gillers, also 8, puts it, he was an active kid who was already moving his body in ways that were a lot like breaking. So when he saw that there was an entire dance form that all kinds of people were doing, he was immediately hooked.

Genesis: The Lab DC
Eliav, Yedidya, and literally hundreds of other young Jews across the city found breakin’ thanks to Antonio “Tazk” Castillo. Tazk is the founder of a studio devoted entirely and exclusively to breaking, especially for kids (but there are classes for grown-ups, too), called The Lab DC.
The Lab DC opened in 2012, but it started to take off in 2013, when the “lace system” emerged. In sum, The Lab took the methodology of the martial arts “belt system,” familiar to just about everyone, and applied it to breakin’. So rather than just offer classes, Tazk, himself a black belt, could offer students a tangible and understandable way to chart progress, aim for new levels, and gauge where they stood vis-à-vis others. But instead of belts, students earn – wait for it — colored shoelaces as they master a defined set of skills. Things started to click.
At about the same time, Tazk arranged to become part of the weekly after school programs at the Jewish Primary Day School, where he found an incredibly receptive audience, followed soon thereafter by a similarly enthusiastic group at the DC JCC, which now represent two of his biggest programs. Even at non-affiliated schools, like Sheridan School, Tazk finds that a lot of his students are Jewish.
This strong support from the Jewish community came as something of a surprise to Tazk, who never imagined this would be a big part of his base. According to Castillo, in general, Jewish parents seem very comfortable letting their kids search for themselves what they want to try, even if it is not what the parents expected. And once their kids say “wow, this is so cool,” he finds Jewish parents incredibly enthusiastic.
There is much to get behind as a parent. Plenty of youth activities bring together kids of different religious, ethnic, and socioeconomic backgrounds and push them in a single direction. Breaking is one of the few that lets kids channel their cultures and express themselves, but still within a framework that lets them compete with, and teach, their peers. To see young Jewish kids mixing up their skills with African-American, Latino, and other peers, and coming to the other side in places they could never have gotten to on their own, hearkens back to the way Jewish players influenced jazz. 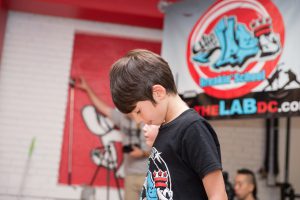 Rock The Future
And for his part, Castillo is remarkably savvy and entrepreneurial, with a future that includes developing the concept of breakin’ as a competitive sport, expanding the work of the United Breakin’ Association and eventually getting breaking in to the Olympics. That quest begins with an expanding series of sponsored competitions — somewhat more organized and official but still similar to what you saw in 1984’s Breakin’ — with events like Rock the Box on April 26 (tickets here) that will include dancers from across the country.
But also any number of young Jewish kids from DC. It may well be your best chance anywhere to see a B-boy sporting a kippah and tzitzit, as was seen at a similar competition at The Lab back in October (do yourself a favor – spend 6 minutes and watch this video).
https://www.youtube.com/watch?v=5DYhH_h0nnI
Simchat B-Boy/B-Girl
Both Yedidya and Eliav told me again and again how good the dance makes them feel, and how it not only gives them a way to move their very active selves, but also to try expand what they know with new moves. Even moves that might have seemed crazy when they first started.
Slowly it has started to seep in to their Jewish lives as well, with Yedidya reporting that breakin’ could be seen during the hakafot last Simchat Torah. Just a few weeks ago, breaking was on the bimah at a local shul’s Purim talent show. With breakin’ built on joy, Simchat Torah and Purim may be just the first of many Jewish celebrations that start to include the dance.
No one can quite explain the gravitation of young Jews to the breakin’ scene in DC. Perhaps it is the adaptive nature of at least some parts of the Jewish community and the familiarity with interacting with, and occasionally integrating parts of, other cultures that makes this a natural connection. Or maybe it is something unique to The Lab DC’s approach that encourages individuality, but within a larger and more organized framework, that resonates, given how much of Jewish practice focuses on an individual’s approach to what appear on the surface to be a prescribed series of prayers and rituals.
Or the ultimate reflection of “ve-ahavata l’reicha kamocha.”   The breaking studio or the “box” during a competition is a place where everyone claps along for each other, even while competing. You will often see dancers trying to show each other up, but all the while just as ready to be schooled when their turn is done.
Then again, it could just be that there is a group of young Jewish kids in DC who are realizing that there is a physical element to finding spiritual joy. As another 8 year-old B-boy, Adiv “Lightning Foot” Brooks-Rubin (full disclosure: my son) told me, “It’s just kind of cool that breaking is something I can feel in my heart. Maybe when it was starting out, it was just people moving their legs and feet, but it’s more now.” 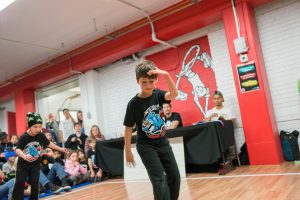 Having watched my share of breaking classes and competitions now, I can only agree. I have watched Adiv grow in to himself through breaking, finding levels of creativity, curiosity, daring, and yes, a bit of swagger, that were hard to imagine before. The combination of athletic skill and artistic sensibility makes breaking a unique art form for kids who may be in to sports or the arts, or maybe who’ve never found their stride in either.
It’s a system that lets you be yourself, to put your own stamp on whatever you do, but always within a bigger collective of supportive and fun friends/competitors.
And as a parent, Jewish or not, that’s about all you can ask for.