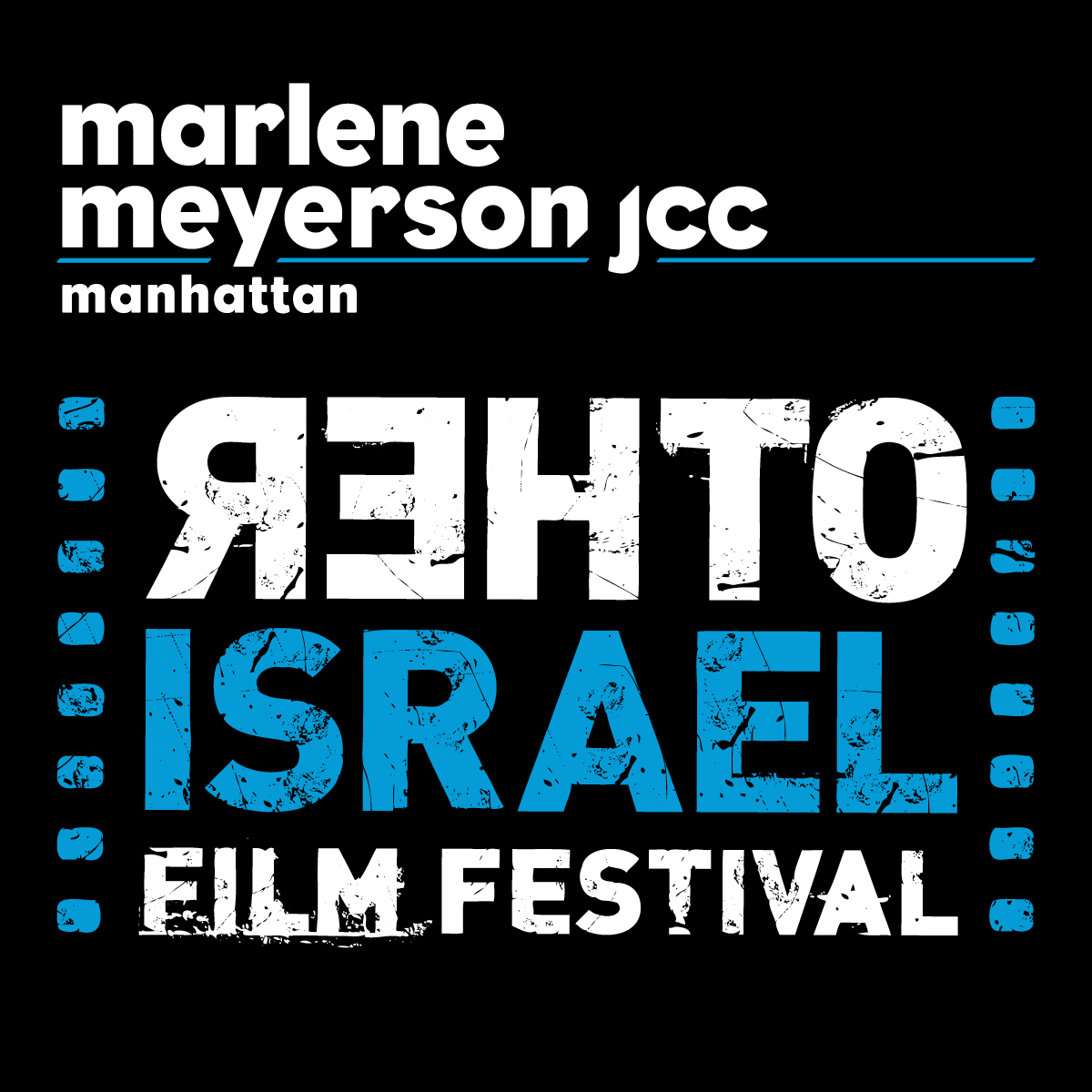 Last weekend, the weather was beautifully spring-like in Chicago, and so naturally I decided to spend about five hours of it indoors, marathoning documentaries about the history of Israeli legislative politics – and I don’t regret a minute of it. In honor of the upcoming election in Israel (March 23), the Other Israel Film Festival and the New Israel Fund have partnered up to curate a program jam-packed with documentaries relevant to this event. While I am genuinely excited to watch the full array of offerings, I started out by narrowing my focus to a selection of three films, each focusing on a different Prime Minister.

Going in chronological order by subject, I started with Golda, released in 2019 and co-directed by Shani Rozanes, Sagi Bornstein, and Udi Nir. My prior awareness of Golda Meir was superficial, and mainly limited to her brief portrayal in Steven Spielberg’s flashily violent Munich.

Golda’s directors use a framing device in the form of footage that was taped after a televised interview Meir gave towards the end of her life. Assured that the conversation would not be aired, the former Prime Minister speaks candidly and introspectively about her life and career. Somehow the filmmakers have obtained this footage and the rights to it, and they have cleverly interspersed clips of it throughout their documentary, giving it increased structure and nicely controlling the pacing.

As for the content, Golda unflinchingly examines not only Meir’s life, but also moments in the history of Israel I had never heard of. Having just watched Judas and the Black Messiah a few days earlier, I was stunned and moved to learn that Israel had its very own Black Panther movement, pushing for improved conditions for Mizrahi Jews arriving from North Africa. As we see Jews of color languishing indefinitely in substandard “temporary” housing, in stark contrast to the warm welcome given to Jewish immigrants from Russia, we also see Meir treating the Panther activists with infuriating dismissal and condescension.

Other moments make deeply effective use of the film format itself – by no means a given for documentaries. Most notably, as the film covers Meir’s oversight of the War of Attrition, it uses photographs of the dead to build to an unshakably chilling visual climax.

This visual creativity is unexpected, given that the film initially appears to be a fairly traditional documentary, interspersing historical footage with talking head interviews. But what is most remarkable about Golda is that it contains as many opinions of her as it does talking heads. The interviewees function as a prism, each individually reflecting one view of Meir, but collectively allowing us to see the full spectrum of components that made up this complex figure.

After watching, I asked my mother about her impressions of Meir, as an American Jew alive during her administration, and her responses lined up with what the film had presented as the common non-Israeli views of her (“strong, tough, didn’t take crap from anyone”) – thus confirming why we need films like this. No human is only an icon, nor is any solely a villain. Meir was arguably both, but after watching Golda, it is impossible for the viewer to easily come up with one simple label for her. And that’s a good thing.

Late in Golda, we see one of her successors, Menachem Begin, receiving the Nobel Peace Prize with President Anwar Sadat of Egypt, in recognition of their efforts to bring about peace between their respective countries.

Clearly, the next documentary for me to watch from the program’s lineup was Menachem Begin: Peace and War, Levi Zini’s brand new profile of the man elected Prime Minister of Israel three years after Meir stepped down in infamy following the Yom Kippur War. Knowing even less of Begin than I had of Meir, I approached it eager to learn more about the man I had only seen flashes of in the previous movie.

Menachem Begin gets much more deeply into the political weeds than Golda, as any documentary that builds to the Israel-Egypt treaty must. The challenge, then, is for the movie to give us enough details to help us understand how this came about – without bogging us down in them. This is a fine line, but Zini walks it. While the film is incredibly packed with information, it is never boring, and some of the historical events are genuinely jaw-dropping. When Begin goes out of his way to court Romanian dictator Nicolae Ceaușescu as a means of getting closer to Sadat, I found myself saying, “This is wild!” out loud.

Menachem Begin is at its best when highlighting the contradictions within the man himself, and the ways these opposing forces radiate out into his political decisions. Zini delves into the fundamental tensions between the simultaneous goals of peacekeeping vs. “keeping the homeland whole” that existed during Begin’s administration. His story is presented as complex, bordering on twisted. He walked a tortuous path before arriving at that Nobel ceremony, and once we finally see it in this movie, the same footage has a much darker, sadder resonance than when we saw it in Golda. We also see Begin’s Defense Minister, future PM Ariel Sharon, carry out the horrific 1982 war in Lebanon that came on the heels of this treaty. This story truly does not let up.

Because of this intensity, the movie could have benefited from a longer run time. I generally appreciate a tightly edited documentary, but so much is packed in here that at times I felt I should have been watching at 50% speed just to absorb everything Zini presents to us. I watched with a friend, who at the end commented, “That was one of the saddest, densest documentaries I have ever seen.”

One layer of that sadness comes from knowing how things stand in Israel now, both in relation to its neighbors and its own Arab residents. As I watched Begin’s steps and missteps, I felt as though I was watching a slowly-moving train that I knew was going to crash. I was definitely along for the ride, even as I watched from behind my own hands.

I had the stamina for exactly one more film that night, so I bit the bullet and fired up Dan Shadur’s 2018 documentary King Bibi: The Life and Performances of Benjamin Netanyahu. While Israel’s current leader is obviously the one I’m most familiar with, Shadur’s account of him was still packed with plenty I didn’t know.

As with the Menachem Begin film, King Bibi presents a fairly straight chronological account of its subject’s life in less than a 90-minute run time, but it amazingly manages to cover the long-spanning story of Bibi’s rise to power without feeling at all rushed or overstuffed.

It starts with a bang by introducing Netanyahu in his early days as the marketing director for a furniture and mattress company, before his pivot to diplomacy. This is not information you will find on the Prime Minister’s Wikipedia page (unless you happen to know what “Rim Industries” was) and therefore bodes well for the rest of the documentary.

Like Golda, this film uses a framing device to break up the biographical narrative and add some structure, but in this case the film is interspersed not with interview footage, but with audio from tapes recorded by the public speaking coach Netanyahu used as he made that transition from business to politics. Each chapter of the documentary is introduced by a public speaking lesson that we will then see him employ at a given time in his career.

The movie is true to its title; Bibi’s “performances” are at the heart of the story Shadur wishes to tell. We learn right away that his public speaking coach, Lilyan Wilder, also coached George W. Bush and Oprah. After listening to Wilder’s tips and tricks, it is riveting to then watch Netanyahu practice his rhetoric like an actor, trying over and over again to get through his lines with a straight face, even as he practices statements about horrific events unfolding in the news. It is also astounding that video of this exists and that Shadur was able to get his hands on it. The implication is that Bibi is, in an almost gleeful manner, exploiting tragedy for his own political gain.

There is further implication that his tactics influenced Donald Trump, or at least that they were both reading from the same playbook. We learn that Netanyahu was the first Prime Minister of Israel with an official website, using that website and, later, social media to reach his supporters directly. We see Netanyahu style himself as the hardscrabble, take-no-prisoners representative of “the common people” – a populist, if you will – despite having an elite American education from MIT. Finally, we see him demonizing the media. This we see many times over, but most notably in a CPAC speech in the United States, attended by an attentive young Trump himself. Because King Bibi does such a thorough job exploring the interconnections between Netanyahu and powerful Americans, it certainly had the most chilling and immediate resonance for me as a viewer here.

Each of these films was highly worth the time spent watching, despite my expectations going in that there may be some redundancy in watching all three. Although Meir, Begin, and Netanyahu all came to prominence during overlapping political eras, there is so much to say about each of them that there was very little overlap in the stories each director focuses on. It is also instructive (in a horrifying way) to watch the settler movement in the West Bank begin during Golda but then continue to slowly unfold over the course of the other two films.

If you’re looking to dig even deeper than I did into the twists and turns of Israeli history, the Other Israel Film Festival and the New Israel Fund are offering an array of other documentaries, including Honorable Men (Roni Aboulafia, 2020) about Prime Minister Ehud Olmert, and Ben-Gurion: Epilogue (Yariv Mozer, 2016) about the first Prime Minister of the bunch. There is more than enough on tap to satisfy any political junkie, and even enough to warrant another movie marathon.