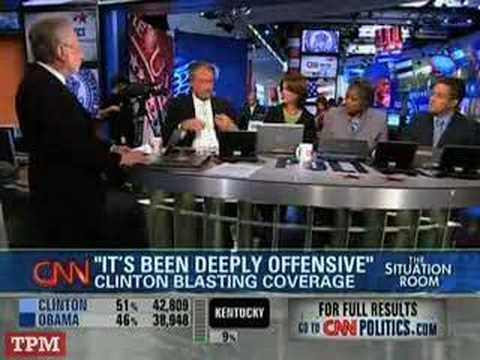 In today’s New York Times, reporter Susan Dominus profiles a rising star from the embattled community of Crown Heights who is rising to notariety not only because of his uncommon background, but also because of his positive voice of peace and unity amidst an increasingly polarized cacophony screaming for the opposite. Yosef Abrahamson, a black frum Lubavitcher teen, made his media debut in the Daily News last week after his essay won the NYPD’s essay competition, and his story of transition from Omaha to Brooklyn left Ms. Dominus asking herself the same type of questions many reporters tend to after meeting frum Jews of color:

If Yosef, who attends the yeshiva Darchai Menachem in Crown Heights, ever finds himself writing a college application essay, his advisers would have a hard time choosing which of his compelling story lines would most dazzle those college admissions officers: The story of growing up in the only Hasidic family in Omaha? Or the story of being the only student of color in his yeshiva? Or maybe the story of being the only Hasidic person of color in Omaha’s competitive ice skating circuit?

Kol ha’kavod to Yosef Abrahamson, for increasing black frum visibility. Had the article ended here, dayenu, this would have been a fantastic profile about a family with a heartwarming story of bridge-building and a message relevant to all of our communities.
Unfortunately, it continued.

Except that the Abrahamsons consider themselves “post-racial, for real,” said Ms. Abrahamson, a Republican delegate in Nebraska who is not a fan of Mr. Obama. To the contrary, the whole family strongly supports John McCain, and Yosef will be a page at the Republican National Convention in the Twin Cities in September.

What was the purpose of saying this? To say that John McCain is “post-racial”, or that John McCain is the candidate for the “post-racial” American? When Alex Castellanos is running his ad campaigns? The same Alex Castellanos who did the infamous “White Hands” campaign for Jesse Helms in 1990, which one reporter called “the most race-baiting campaign spot of the modern era”? McCain’s communication director on his 2000 failed presidential run called Castellanos a man “who you don’t run a presidential campaign without” — yet, in Ohio, he produced the only gubernatorial ad ever to be cited by the state Election Commission for lying. The Alex Castellanos — who said some women “are named [‘bitch’] because it’s accurate” on CNN in May and worked on the “Willie Horton” campaign in 1988 for the elder President Bush? This is the man who is designing advertising for a post-racial candidate?
There is nothing “post-racial” about a man — even if he is Latino and supported a black Republican candidate for Senate — who designs ads for a campaign like the Fordice gubernatorial campaign of 1987 in Mississippi which called “for prison reform via returning inmates to the ‘cotton fields’.” (And McCain advisor Charlie Black’s resume and infamous client list speak for themselves.) I would strongly suggest Yosef check himself and his candidate’s ties before he shleps one post-It for these people — people who McCain has known of for years — who McCain not only does not distance himself from, but hires.
Was this just an unfortunate piece of extraneous spin on the part of the Times? I have long contended that the alliance between the GOP and the frum community is perplexing at best considering the incongruence of GOP platforms and Torah, but this takes the cake on numerous levels. The GOP-frum alliance, when a black man named Obama is the opponent, can only be exacerbated by any extant frum racism, and it is to this fact that I would hope Mrs. Abrahamson is not wholly oblivious. The gentile of color and the Jew of color were not made distinct in Mr. Castellanos’ past publicity, and it is unlikely he would make such a distinction in this campaign.
I know that in my own life, I am never afforded the opportunity to itemize my identities: I am never any more black than Jewish or vice versa, and one is never afforded the privilege of divorcing himself from either portion of his afro-Semitic identity. No amount of “support for Israel” would be able to undo, at least in my mind, the effect of seeing an ad advocating prison inmates’ returning to cotton fields. If black America is villified in the upcoming months, Mrs. Abrahamson will find herself having supported (and Yosef will have found himself working for) one of its most prolific and creative detractors.
Maybe it’s min ha’Shamayim that the RNC occurs so close to Yom Kippur.

10 thoughts on “McCain? Post-Racial? Get Real”