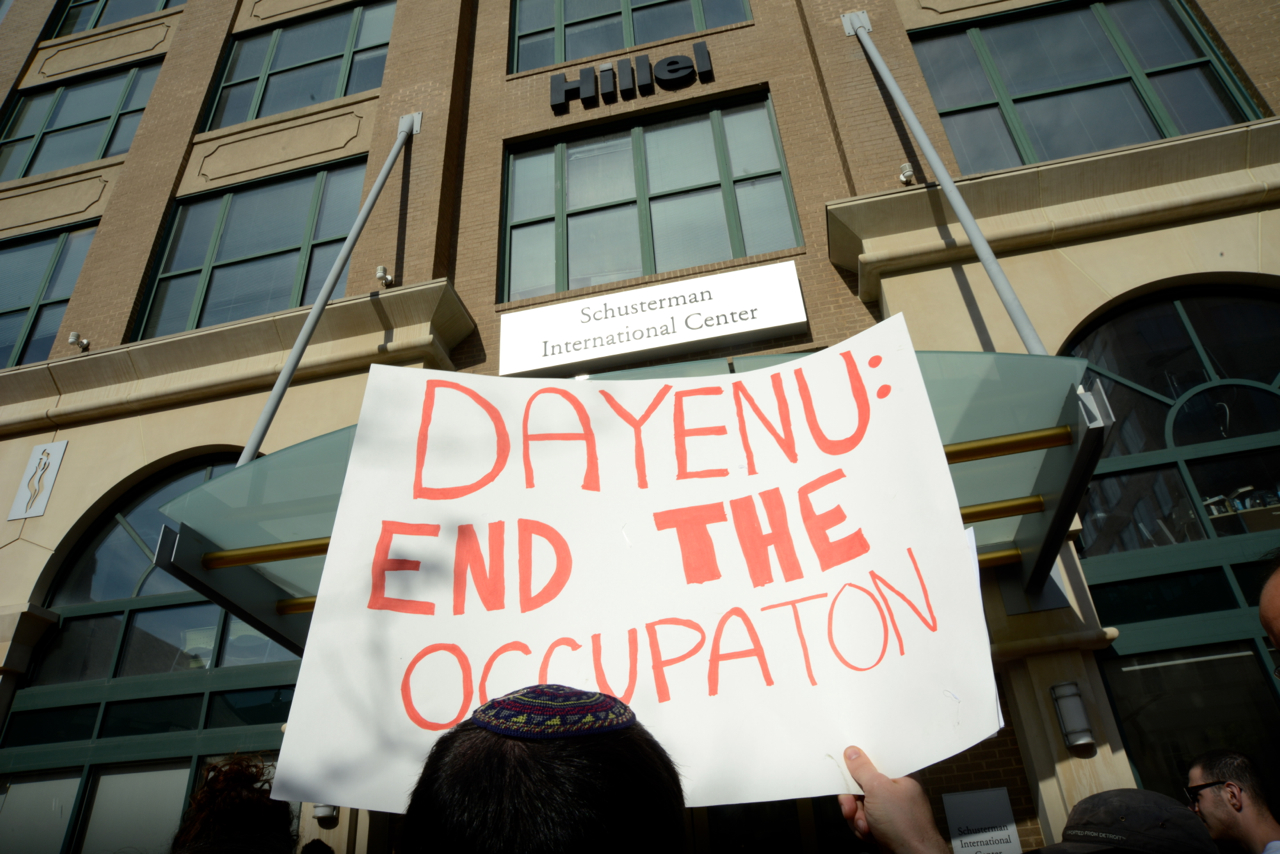 Meetings won’t end our community’s support for the occupation

This past week, IfNotNow members in five cities held liberation Seders at multiple Jewish establishment institutions, protesting their out-of-touch leadership’s continued support of the Israeli occupation of the Palestinians. In Boston and New York City, the protests ended with arrests–23 in total.
As the NYPD was starting to cart off 17 IfNotNow members during the New York City protest at the offices of the Anti-Defamation League, the ADL tweeted:

.@IfNotNowOrg, there’s more we agree on than disagree on.

Let’s talk about it. When are you free?

Now, let’s ignore the fact that this meeting “invitation” was only sent via tweet, not delivered in person to the more than one hundred IfNotNow members in the lobby. And let’s ignore the fact that the 17 arrested IfNotNow NYC members would definitely not be “free” until they were finally released from police custody 24 hours later. The idea that a sit-down meeting between ADL CEO Jonathan Greenblatt and any number of IfNotNow leaders would somehow assuage our core grievances with the leadership of the American Jewish establishment minimizes the severity of our dissent and is frankly absurd.
There isn’t any misunderstanding between us and them. We are young American Jews, proud of our heritage and living tradition, but immensely disappointed in our community’s ongoing support of the inhumane occupation. They are the leadership of the American Jewish establishment, who, instead of calling on our people’s history of trauma to bring our sense of justice into a modern context, distort our history in order to protect the status quo of the occupation. What we have is a fundamental disagreement, a chasm that cannot be bridged by a few meetings and press photo-ops.
It’s not that we don’t understand their perspective; in fact, we grew up in it. We spent a better part of our lives going to Jewish day schools and synagogue Hebrew schools, participating in and leading programming through Jewish youth groups, summer camps and university Hillels, and visiting Israel through Birthright, gap-year programs and high-school summer programs. But even after all this time and “community engagement” – or perhaps because of it – we believe that the future of the American Jewish community depends on renewing our commitment to tzedek (justice) and liberation for all people, not just ourselves.
I truly believe, in my heart of hearts, that Jewish values are incompatible with occupation; that the checkpoints, the separation barrier and the daily humiliation and dehumanization of the occupation are tearing the soul of Judaism apart.
We are building our movement to wake up the the American Jewish establishment. We can no longer base our own liberation on the oppression of others and deny freedom and dignity to the Palestinian people.
Changing course on 50-plus years of fear and anger won’t be easy. We know that ending our community’s support for the occupation will not happen overnight. And it definitely won’t happen in a meeting.
Note: The above represents the views of the author alone. Photo by Gili Getz.