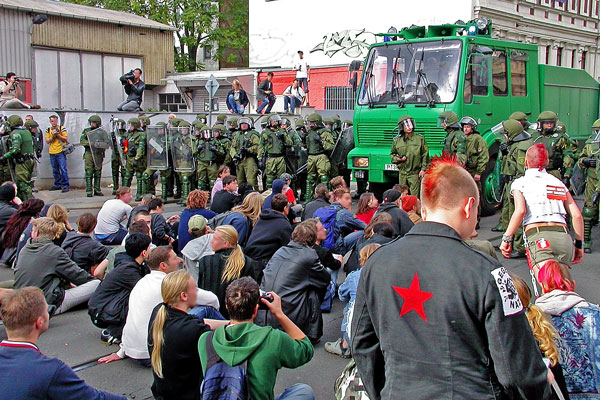 MLK Day #TorahForTheResistance: Is Putting One’s Life on the Line to Stand Up to Oppression a Jewish Value?

Activists approached a deportation bus convoy carrying immigrants as they stopped at a light, several literally placing their heads under the front and back wheels of each bus as others approached the front of the bus holding a sign letting the drivers know that if they moved the bus, innocent people would die. These individuals risked their lives to get justice for America’s undocumented communities.

I wept. I wondered why most members of my own American Jewish community, by comparison, would not be willing to take anything like that risk to stand up to our nation’s most egregious injustices of our lifetimes, when others were risking everything.

One thought on “MLK Day #TorahForTheResistance: Is Putting One’s Life on the Line to Stand Up to Oppression a Jewish Value?”