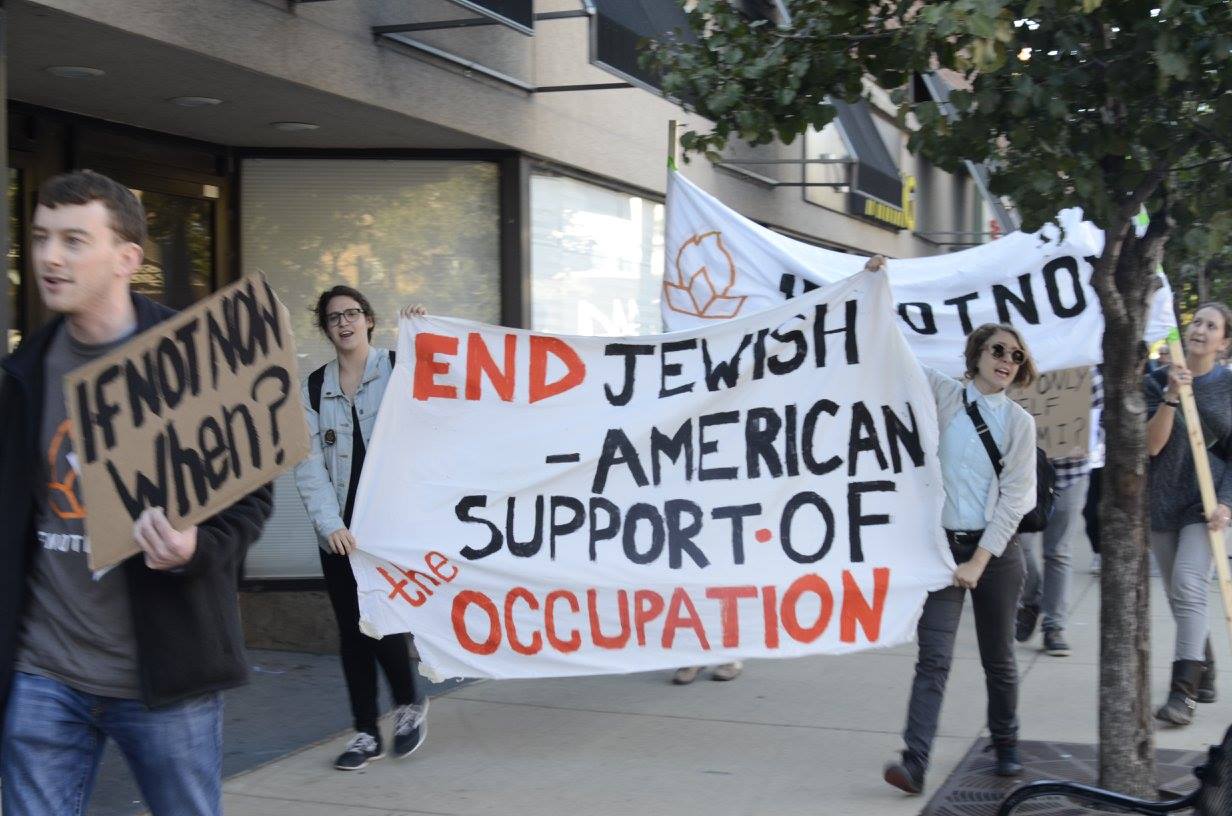 Movement Ecology: A New Way to Mobilize for Mideast Peace

This piece was originally posted by the American Jewish Peace Archive.

For organizer and author Paul Engler, the grassroots uprising that greeted the World Trade Organization in Seattle in 1999 was a formative learning experience, even though he wasn’t physically present. He was fascinated by the coalitions between environmental groups and the labor movement and the diversity of tactics which shut the city down. For Generation X, the 1999 Seattle shutdown was like the Baby Boomer’s 1968 Democratic National Convention protests; it was a definitive generational event.

Paul and his brother Mark developed a set of organizing precepts from their study of the Seattle uprising and earlier social movements. They came to the conclusion that multiple strategies for social change are necessary for a movement to succeed, and used the term “movement ecology” to describe this process.

Movement ecology was developed by studying both the successes and shortcomings of nearly a century of movement history. Some examples include the success of diverse coalitions in the anti-globalization movement, the use of civil disobedience in the Montgomery Bus Boycott in the mid-1950s, and the lessons from the dissolution of Students for a Democratic Society in the 1960s, which splintered into different leftist political tendencies by the end of the decade. By viewing different social movements as complementary parts of an “ecosystem,” this approach to organizing is as much about fireproofing social movements from in-fighting and attacking one another as it is about successfully making change.

Paul Engler’s theories influenced the founder of the Ayni Institute, where Engler currently serves as Movement Director. He was also a co-founder of Momentum. Both organizations provide training and support for social movements and promote the movement ecology approach.

Movement ecology is currently being put to the test in one of the most complex and divisive political issues, namely Israel and Palestine. After the 1967 Israel-Arab War, some New Left groups declared their solidarity with the Palestine Liberation Organization (PLO). This decision is remembered painfully by leftist Jews whose advocacy for Jewish and Palestinian self-determination divided them from others on the left who supported the PLO’s call for one secular state in Mandatory Palestine. Similarly, today the Boycott, Divestment and Sanctions (BDS) tactic and anti-Zionist politics have divided the left as the issues have become a red line for much of the American Jewish establishment in terms of who is and isn’t allowed into the communal tent.

A year after their founding as a spontaneous grassroots response to the 2014 Gaza War, the young adult-led American Jewish anti-Occupation movement IfNotNow sought to develop a strategy for their work.  As part of the process, they worked with Momentum and studied the work of Mark and Paul Engler, namely their book, This is An Uprising: How Non-Violent Revolt is Shaping the Twenty-First Century.

IfNotNow used movement ecology to understand its role in the ecosystem of other social movements. While there were currently international advocacy and nonviolent direct action movements in Palestine and Israel, they believed there was a gap when it came to organizing in the U.S. With the intention of complementing other existing anti-Occupation and peace movements, IfNotNow organizes the American Jewish community to end its support for the Israeli military occupation of Palestinian territory.

This ecosystem in which IfNotNow operates includes other American Jewish organizations, along with Palestinian and Israeli movements. Some examples are J Street, which lobbies for the two-state solution in Congress, and Jewish Voice for Peace (JVP), which promotes the BDS movement. Unlike these other American Jewish groups, IfNotNow, by design, does not take a position on BDS and Zionism; it doesn’t advocate for a specific end game for the conflict. Part of its reasoning is the belief in the necessity of effectively organizing within the American Jewish community, which IfNotNow activists hold to be a necessary component of the ecology of social movements that fight the Occupation and on behalf of Palestinian justice.

IfNotNow’s non-alignment with tactics and political visions enables it to form a wide tent movement which includes young American Jews who agree that their community’s support for the Occupation has to end. This call can appeal to both liberal Zionists and anti-Zionists, to BDS supporters and two-staters. Increasingly, IfNotNow is becoming an unavoidable force to be reckoned with, featured frequently in American Jewish and Israeli media; its movement ecology-based strategy may be a key part of its rise.

IfNotNow activists are cognizant that ending the American Jewish community’s support for the Occupation is not the same as ending the Occupation itself. They believe that their movement is an important part of the ecosystem, alongside many other movements and strategies which ultimately work together.

Movement ecology as a framework is being applied to immigrant rights by Movimiento Cosecha, and in environmental justice, by the Sunrise Movement. Black Lives Matter activists have also studied Momentum and the work of Mark and Paul Engler. These groups, like IfNotNow, can be recognized for their sharp messaging and non-violent direct action protests. Instead of organizing for a totalizing revolutionary vision, these groups organize around a particular task in concert with others, as part of an ecosystem. By embracing different strategies, this new school of organizing hopes to achieve broad change.