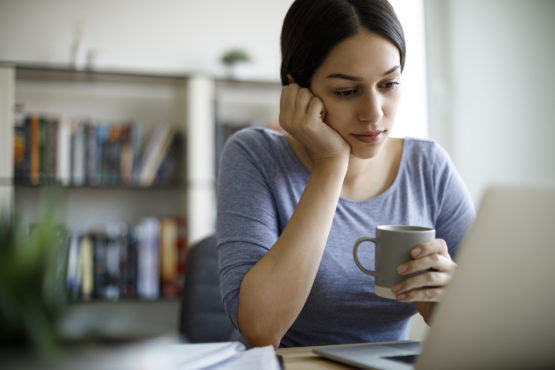 Joel Goldstein has been the Campus Rabbi at Syracuse the past two years. A former engineer, he now spends most of his time with his family, studying Rabbinic texts, or listening to Dodgers games.

As the pandemic has taken over our lives and gatherings have been limited, my Jewish communities have mostly moved online. In some of those communities, Shabbat davening – as well as weekday davening – has moved online. Many are discussing keeping their online presence on Shabbat, even as they reopen for in-person services. I have chosen most of these communities because of their egalitarian approaches to who is permitted to have leadership roles. In choosing these communities, I have often compromised other preferences, particularly around fidelity towards traditional Jewish practices. Generally, I have found ways to justify to myself my participation in these communities, even though some of their practices, or the practices of the average member, deviate from my own. However, I have drawn a hard line at the use of a screen on Shabbat, both as a consumer, but also potentially as a generator of content. That is, not only will I not find a way to leave my computer on during Shabbat to join these communities, I am also generally uncomfortable attending in person – and especially leading – services broadcast over the computer.

I find myself wondering why I feel so strongly. After all, many people have claimed that the major issues around screens and Shabbat are generally only Rabbinic prohibitions1. While I take Rabbinic prohibitions seriously2, they are more easily pushed aside for other considerations, such as dignity or non-life threatening illness, than Torah level prohibitions, which are usually only pushed aside for other Torah commandments and for the risk to human life3. As a Jew committed to behaving in a way that has a history of halakhic jurisprudence, I have been seeking a historical framework that explains why screens on Shabbat feel like they are forbidden at the level of Torah law and are generally unwaivable.

Traditionally, the Torah forbids doing melakha on Shabbat. Melakha is defineds as 39 different activities which make up the steps to make food, clothing, written records, and shelter. In the Rabbinic mind, activities which mimic the categories of melakha are also forbidden on Shabbat. Buying and selling on Shabbat, as well as some of the other major actions in operating a marketplace, are not viewed as violating a melakha. Instead, they are seen as a category of prohibited actions on Shabbat known as sh’vut. Rashi (11th century Franco/German commentator) explicitly says that the category of sh’vut is Rabbinically prohibited4. He gives two explanations for why commerce is prohibited on Shabbat – the second reason being that it might lead one to write – but he is clear that this is a Rabbinic decree. Based on this, one of the most defining ways that Shabbat differs from a weekday – commerce and the running of marketplaces – can continue on Shabbat itself without ever violating a core fundamental prohibition of Shabbat. A similar example for me is spending Shabbat rearranging furniture in a room or even moving furniture between houses in a place with an eruv. Shabbat and weekdays can look exactly the same without too much effort. It seems that certain actions which are not melakha must be more than Rabbinic prohibitions.

Indeed, after the return to Jerusalem and the building of the second Temple, Nehemiah sees the Judaens engaging in commerce on Shabbat and he seems to equate buying and selling on Shabbat with operating and wine press and loading up animals to carry goods, all of which he refers to as a desecration of Shabbat (Nehemiah 13:15-18). At least treading on a wine press on Shabbat is forbidden at a Torah level. Whether or not Nehemiah sees the laws of Shabbat along the later lines of the Talmud, he seems to have a sense that all activities which mimic the main activities which define a weekday – in his case the operation of a marketplace – must be high level Shabbat violations.

The great Rabbi Nachmanides (13th century Catalonia), in his commentary on Leviticus 23:24 makes this argument explicitly. He argues that the category of sh’vut represents those actions which are not melakha but are forbidden from the Torah, since it commands us to have a shabbaton. If this were not the case, he argues, “The marketplace would be full for all commerce, the store would be open, the storekeeper allowing credit, the bankers at their desks and the gold coins in front of them. The day laborers would get up early to their work and hire themselves out like a weekday for all of these and similar things. Then these holidays and even Shabbat itself would be unleashed, for none of these is an actual melakha. Therefore the Torah used the term, “Shabbaton,” that it should be a day of stopping and rest and not a day of toil.”

As I understand it, Nachmanides argument is that, outside of the categories of melakha, the Torah prohibits us from allowing Shabbat to become a day where a weekday atmosphere exists all around. It does not matter than none of the single steps taken to get there were not core violations of Shabbat.

Just as commerce in the marketplace replaced every individual making their own food, clothing, and shelter, using screens has come to replace going to physical places of commerce as a major weekday activity. Using a screen on Shabbat changes it from a day of rest to a day of toil. It allows the device that has taken over six days of my life to take over the seventh day as well. One can argue that using a computer does not require much toil, neither for the person performing in front of a fixed camera nor the person who clicks on a zoom link to join. In fact, Rabbi Moses Sofer (18th-19th century Pressburg) supports Nachmanides’ claims but argues that “toil” is about physical work and suffering, not mental5. He uses this to explain why being on a ship on Shabbat is permitted but being on a rocky, unstable train is not (clearly he had been on better boats than I have). Following his argument, using a computer on Shabbat to attend services would not rise above a Rabbinic prohibition.

However, for me who works at a desk in an office – or these days at home – the toil of my weekdays is mental, not physical. Screen time in particular has become the toil of the work week, the activity I so desperately crave separation from.

It is worth noting that the amount of time we spend on a screen might determine how much toil it requires. Rabbi Amram Blum (19th century Hungary), like Rabbi Moses Sofer, accepts Nachmanides basic argument that the category of sh’vut is forbidden on a Torah level. He differentiates between a sh’vut which happens in a more happenstance versus a fixed way. The first is only a Rabbinic level violation while the second is a Torah level one.  For instance, if I was talking to a friend on Shabbat who mentioned he was in the market for a shirt, I happened to have one, and I sold it to him, this would only violate a Rabbinic prohibition. But if I operated a t-shirt store on Shabbat, I might be violating a Biblical commandment. Rabbi Blum, later in the same responsum, differentiates between happenstance and fixed sh’vut based on how much of the day of Shabbat the violation requires. I can understand this either to mean how many hours it takes of an individual’s Shabbat or the cumulative hours of many individuals’ Shabbat. The latter would mean that a short zoom service for many people might be as problematic as a long one for a few. Both fit with the concerns of Nehemiah and Nachmanides. The more time spent in front of a screen and the more people engaged on a screen, the greater the toil seems and the more similar it makes Shabbat on zoom into a weekday.

I do not want to ignore the amazing effects zoom has had on Judaism in these troubling times. It has opened up learning and davening to people who did not previously have access. I do not want to ignore the importance of zoom giving access to the main Jewish space of gathering to those previously left out and left behind. But I also want to make it clear that there is a powerful argument that using screens on Shabbat – especially for several hours and to many people – might be a Torah level and therefore fundamentally problematic activity on Shabbat. For me, the prospect of having a screen on Shabbat would destroy the break it gives me from my most fundamental weekday activity.

1. There are claims that the use of electricity itself is forbidden on a Torah level, but this is not the dominant view.
2. See BT Eruvin 21b for a text which implies Rabbinic law may be more serious than Torah level law.
3. There might be other considerations, including human dignity, although this is disputed among the medieval Rabbis.
4. See Rashi to Beitzah 36b s.v. “kol sh’chayyav alav,” and Beitzah 37a s.v. “mishoom mekach u’memkar.”
5. Responsum 6:97.

One thought on “Online on Shabbat: where is it leading us?”