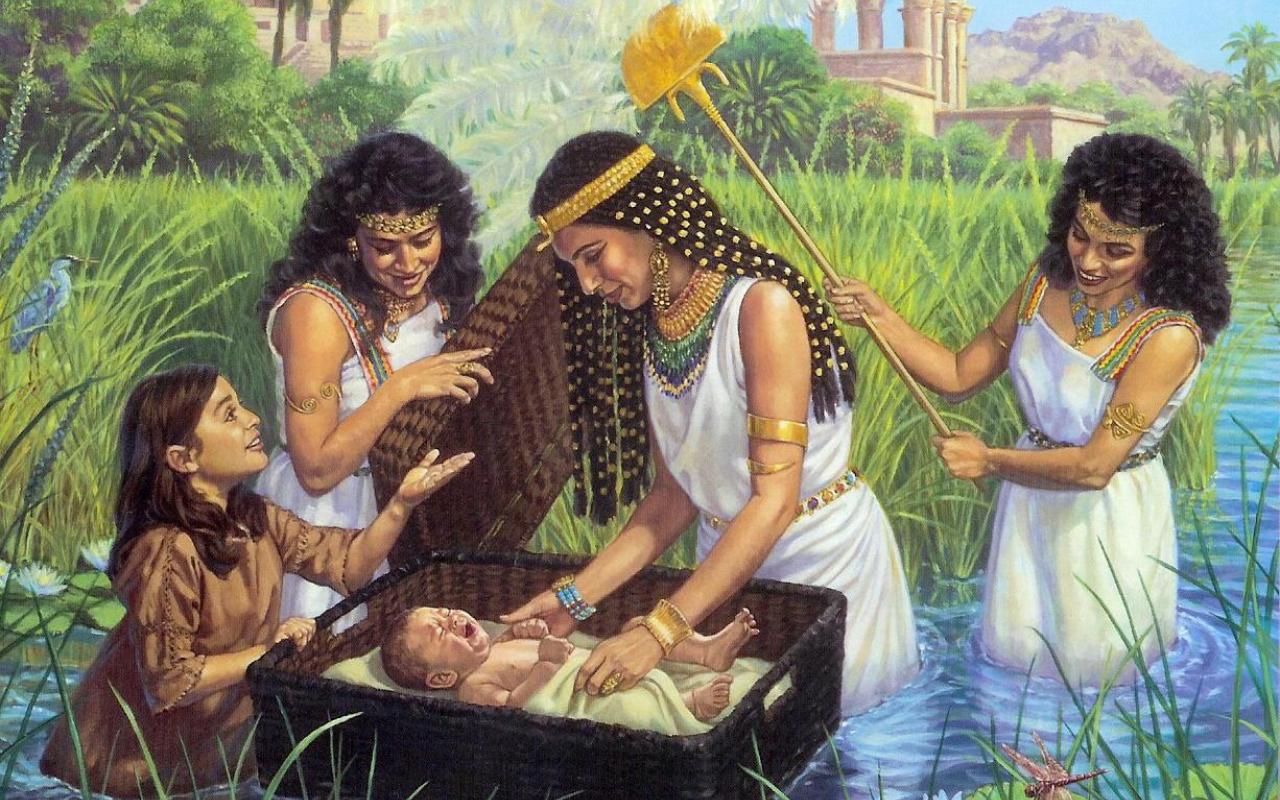 This piece of Passover #TorahForTheResistance is part of a campaign by young rabbis, rabbinical students, and students of religion about Jewish resistance to Trump through the lens of faith, Judaism, and spirituality.

Every year, when we read the story of Passover, we learn a ton about what it looks like to achieve freedom. We learn about resistance from the midwives who refused to kill the Hebrew baby boys, and from the Hebrew women who sneakily procreated with their husbands after Pharaoh tried to stop them from doing so (see Midrash Tanchuma and Bavli Sotah 11b). We learn about bold action against the powerful from the Ten Plagues. And we learn about hope, not only from the fact of our Exodus from Egypt, but because of the action of an unlikely character: the Daughter of Pharaoh.
Moses is born after Pharaoh decrees that all Hebrew baby boys should be killed. So three months after he is born, his mother can no longer hide him, and she puts him in the Nile River in a basket. Soon, Pharaoh’s daughter sees the basket. We read in Exodus 2:5:

Pharaoh’s daughter went down to bathe, to the Nile, and her maidens were walking along the Nile, and she saw the basket in the midst of the marsh, and she sent her maidservant to get it.

In an interesting interpretive move, Rashi comments that the word for maidservant, ammatah, can also be translated as her arm, so the verse would now reads “she sent out her arm to get it”.
The Kotzker Rebbe, an 18th century Polish Chassidic Rabbi, comments on this newly-translated verse. Understanding the basket to be out of Pharaoh’s daughter’s reach, he asks: why did Pharaoh’s daughter bother extending her arm at all? He tells us

“There is a profound lesson here for each and every one of us. Often, we are confronted with a situation that is beyond our capacity to deal with. Someone or something is crying out for our help, but there is nothing we can do: by all natural criteria, the matter is simply beyond our reach. So we resign ourselves to inactivity, reasoning that the little we can do won’t change matters anyway. But Pharaoh’s daughter heard a child’s cry and extended her arm. An unbridgeable distance lay between her and the basket containing the weeping infant, making her action seem utterly pointless. But because she did the maximum of which she was capable, she achieved the impossible. Because she extended her arm, God extended its reach, enabling her to save a life and raise the greatest human being ever to walk the face of the earth.”

Passover, above all, is a holiday about hope against all odds. This is not the false hope of “everything will be fine!”, but in the words of Rebecca Solnit it is the kind of hope that “locates itself in the premises that we don’t know what will happen, and that in the spaciousness of uncertainty is the room to act…It’s the belief that what we do matters, even though how and when it may matter, who and what it may impact, are not things we can know beforehand” (Hope in the Dark, xiv).
Every year when we read the Exodus story at our seders, we remember the possibility of freedom even amidst the incredible violence and despair that the Israelites endured for hundreds of years. We remember that resistance and bold actions against those in power can lead to our liberation. This Passover, as we confront unfathomable brokenness in our world, let us remember that if we extend our arms, we too may be able to achieve what we think is impossible.