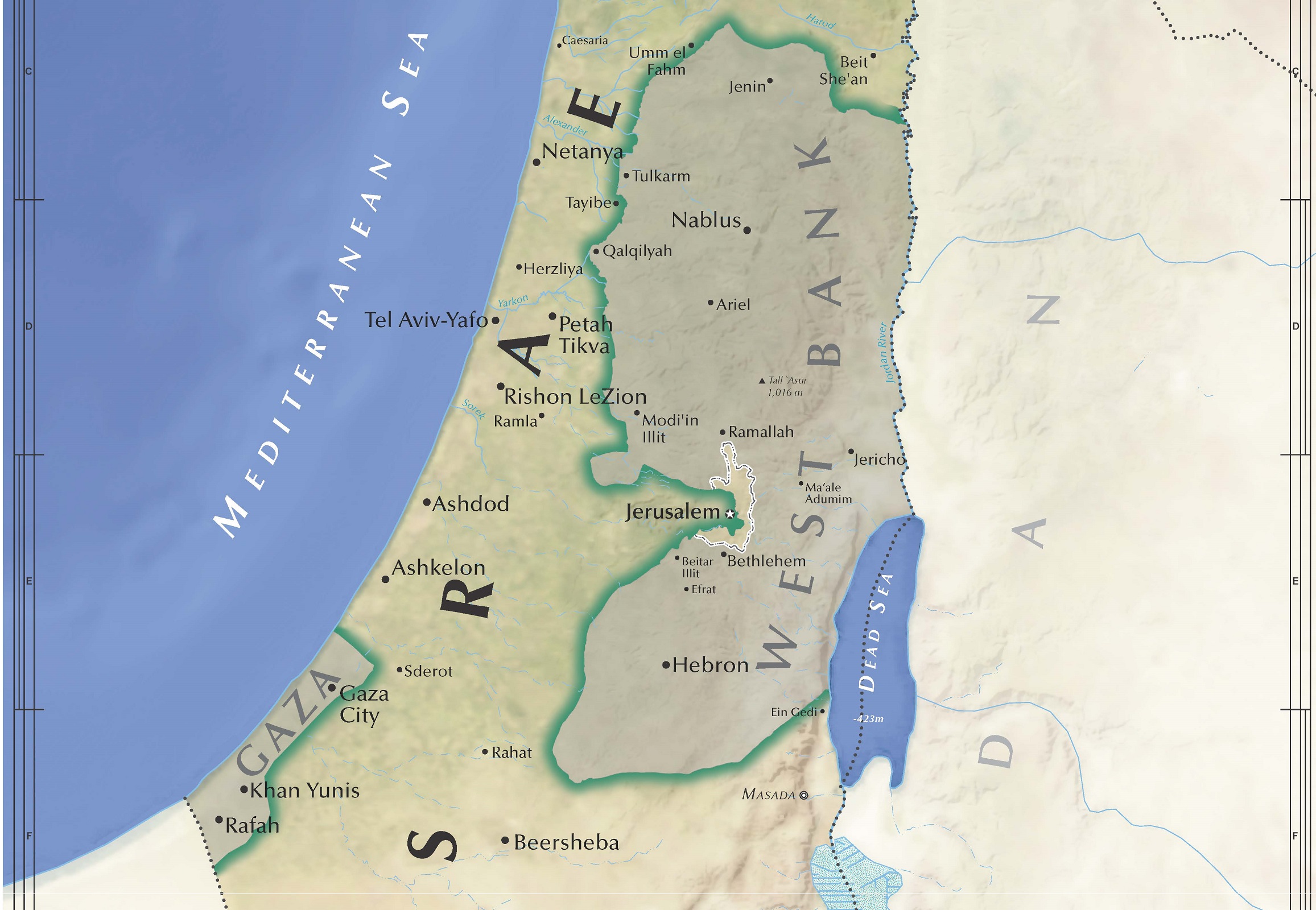 [icon-box icon=location align=right width=1/3] Click here for a map of Israel and the Palestinian Territories (PDF)
[/icon-box]As a cycle of violence continues to horribly impact Israelis and Palestinians, it’s more and more clear that the status quo needs to end. Israelis and Palestinians need to be able to live side by side in peace and security – and this is only possible through reaching a two-state solution.

The 1967 border plays an important role in the discussions around a two-state solution, as the basis for negotiating the future borders between Israel and a Palestinian state. But with every new announcement of new construction in Israeli settlements over the Green Line, the line between Israel and a future Palestinian state becomes more blurred and a two-state solution becomes harder to achieve.

Meanwhile, in much of the American Jewish community, the Green Line has disappeared from our maps, our conversations and our collective consciousness. There simply isn’t awareness of where the Green Line is, what it represents, and why it matters.

That’s why the J Street Education Fund has implemented a nationwide initiative to bring the Green Line back into the communal and political conversation around Israel.

[pullquote align=right] The Green Line is the key to negotiating an agreement that can help create a better future
[/pullquote]Members of our Rabbinic Cabinet and other leaders around the country are asking synagogues and Jewish institutions to only display maps of Israel in their facilities that clearly show the Green Line, and are distributing new maps which display the Green Line. In our conversations, we’re emphasizing that awareness of the Green Line is essential to preserving the possibility of creating a two-state solution.

We have also developed a microsite devoted to educating around the Green Line. The site contains key background information and educational resources for learning and teaching others. The site includes a video we’ve created, which introduces viewers to the Green Line initiative by reviewing the history of how it was created – and explains why its so important to finally resolving the Israeli-Palestinian conflict.

By putting the Green Line back on our maps, we’re reminding those who love Israel that the current status quo and the Israeli occupation of the West Bank is unsustainable – and that recognizing the Green Line is the key to negotiating an agreement that can help create a better future for Israelis and Palestinians alike.