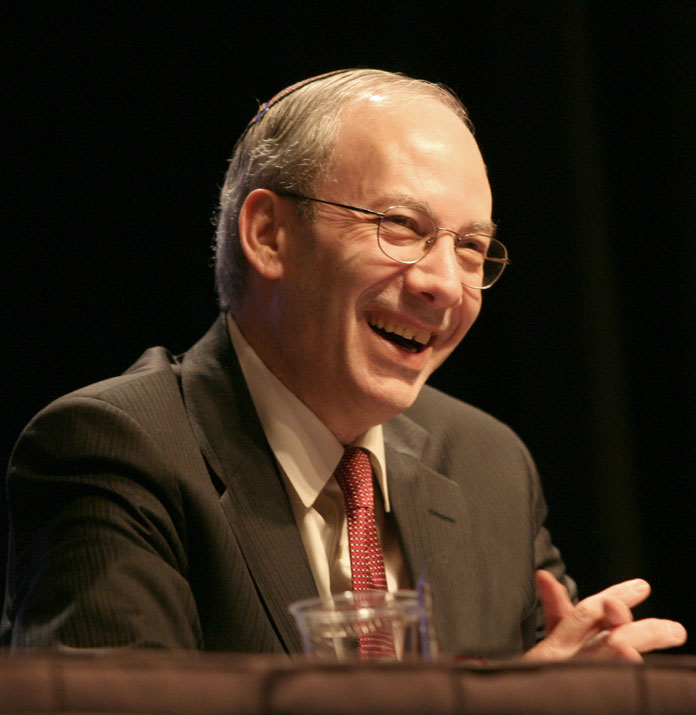 Crossposted to The Reform Shuckle
Rabbi Eric Yoffie, president of the Union for Reform Judaism will retire in two years.
Jonathan Sarna has a nearly glowing review of Yoffie’s tenure at The Forward. The final point of Sarna’s piece is:

In confronting these challenges, will the URJ look to a leader who champions, as Yoffie consistently has, Torah, prayer and the practice of mitzvot? Or will it, in keeping with American Jewry’s larger outward turn, select a leader who will take the movement in a new direction, perhaps seeking to expand Reform Judaism’s involvement in projects of tikkun olam? Whatever happens, the Yoffie era will go down as an important period in the history of the Reform movement. At a “critical juncture in Jewish history,” he made Reform Judaism more Jewish.

Lets ignore the final sentence of this and move on from my aneurysm. I do have some appreciation for what Yoffie has done. Despite Sarna’s point about him growing NFTY (I’m not prepared to give him credit for that anyway), he’s also been openly dismissive of NFTY presidents and overseen the total demolition of the URJ’s college programming and said stuffy nonsense like (I’m paraphrasing here) if you don’t wear a suit to a Reform congregations, you’re a putz.
So I don’t think too highly of him.
But at this point we’ve got a great opportunity to talk about what the right replacement for Yoffie will be like. Sarna’s article explores two possibilities: someone like Yoffie or “a leader who will take the movement in a new direction, perhaps seeking to expand Reform Judaism’s involvement in projects of tikkun olam.”
The new president needs to be able to do two things, neither of which involve being an ideological dogmatician.
Leave tradition and social action to a team of experts and let the new president be the face of a more well-written message. So the first thing the URJ needs is a charismatic salesperson who can tell American Jews why Reform Judaism is good because the URJ has a message/marketing problem.
Meanwhile, the administrative, structural and technological functions of the URJ have to come to forefront of the job of the president of the URJ. The URJ is teaching congregations how to blog, it’s tweeting, it has its own (dysfunctional) blog and it needs someone who understands these things and knows how to grow the URJ with these tools. It needs someone who can be like @daroff with his or her own heavy twitter presence. Last year, the URJ underwent a major restructuring effort. The next president of the URJ has to be an administrator to continue reconsidering the bloated infrastructure of the URJ.
Thoughts?