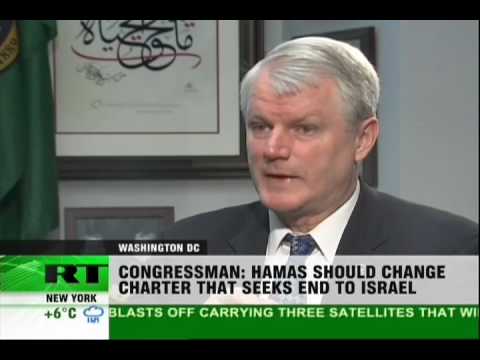 Can I just say that Washington Rep. Brian Baird is my personal hero? Watch this recent interview with RTAmerica which took place on the heels of his third trip to Gaza. Among other things, Baird calls for the US to break the blockade with Gaza, for US envoy George Mitchell to visit Gaza personally, and to consider withholding “certain kinds of aid” to Israel if it continues to settle the West Bank and East Jerusalem.  Toward the end of the interview, he comments: “ignoring the plight of these good people is at our peril.”
On the international front, my personal bravery award goes to Ireland’s Foreign Minister Micheal Martin, who was recently the first European Union foreign minister to visit Gaza in over a year.  He discussed his experiences yesterday in a powerful NY Times  op-ed:

The tragedy of Gaza is that it is fast in danger of becoming a tolerated humanitarian crisis, a situation that most right-thinking people recognize as utterly unacceptable in this day and age but which is proving extremely difficult to remedy or ameliorate due to the blockade and the wider ramifications of efforts to try and achieve political progress in the Middle East.
One can imagine how hard it is not to give in to despair and hopelessness in such an environment. However, what was most impressive and heartening during my visit was the resilience and incredible dignity of ordinary people.

Click here to thank Rep. Baird for his courage.