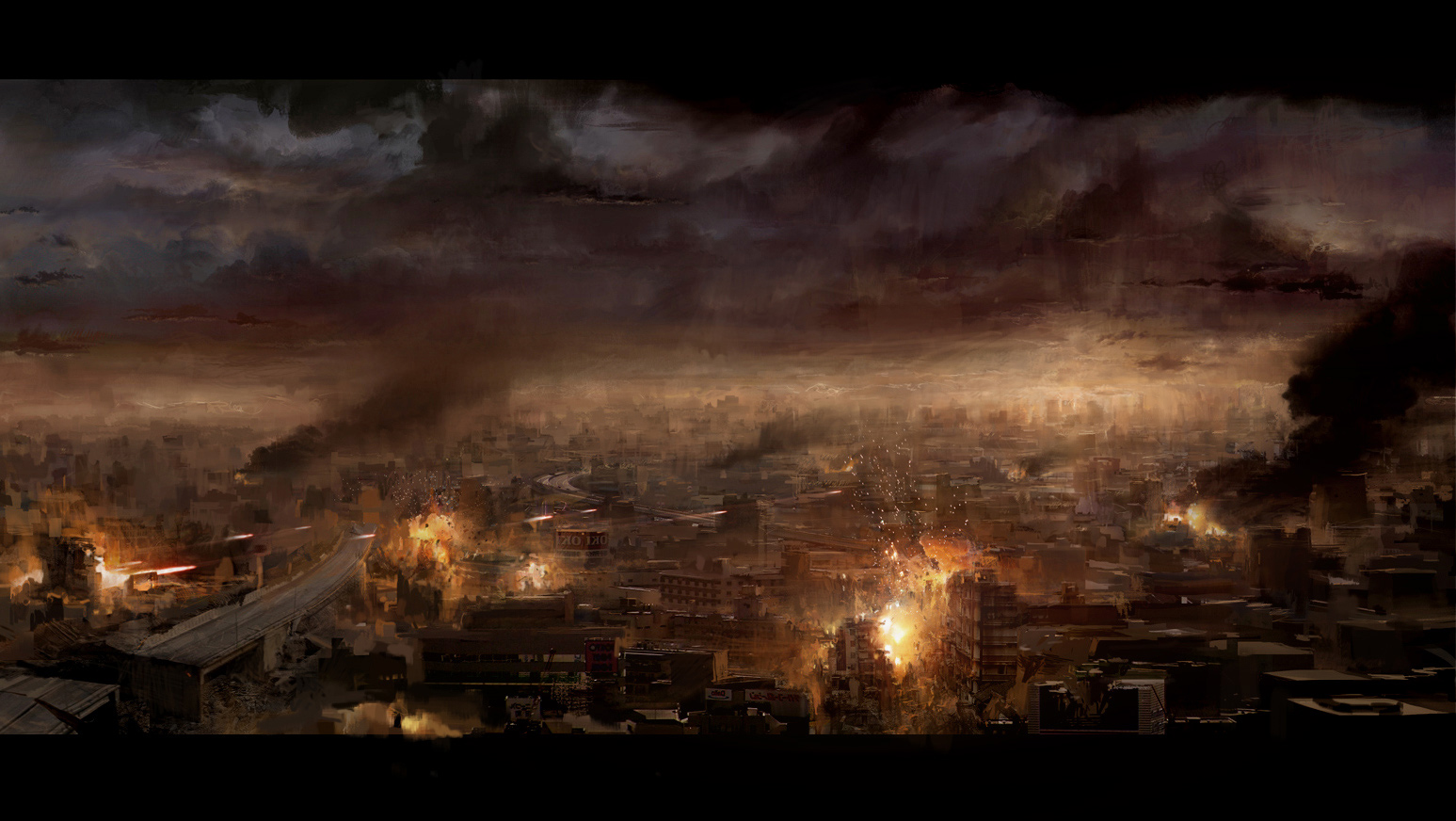 This piece of #TorahForTheResistance is part of a campaign by young rabbinical and religious students about Jewish resistance to Trump through the lens of faith, Judaism, and spirituality. Read the full series here.

In the Jewish calendar, we are deep in the period between the devastation of Tisha B’av and the time for new beginnings offered to us on Rosh Hashana. Traditionally, the seven weeks between Tisha B’av and Rosh Hashanah are known as the sheva d’nachmata, a period of comfort. To mark this time, we read special haftarah portions from sections of Isaiah on the theme of restoration after immense destruction, building us back up to a place of hope before the new year.
This year, I’ve felt resistant to being comforted. We are now weeks past Tisha b’av, and real destruction continues to loom in the background of our lives. Last week’s DACA decision means hundreds of thousands of young people and their families face having their entire lives uprooted. We watch the horrifying impacts of climate change while hurricanes form, hit and destroy. In their aftermath, those without the resources to rebuild are left in uncertainty. We are still reeling from the events in Charlottesville, which forced us to face the reality of the political moment we are in with open eyes, as right-wing white supremacist forces threaten to dismantle the democratic rights and institutions that took the work of generations to build. Visions of the world we want to see slip farther away, as history cycles and the literal and metaphoric tides continue to rise.
As I scroll through my newsfeed these days, it is so easy to feel overwhelmed by my own powerlessness. Sometimes, this feeling makes me want to feel numb to what this onslaught of destruction really means, and find comfort in the normalcy I can hold onto in my day-to-day life. Mostly though, following this overwhelmed feeling leads me to a defensive and perfunctory kind of resistance. Showing up at a rally, posting something on social media, talking to those around me without a sense of where it will really lead. We are doing what we can, I tell myself, but it is doomed to not quite be enough.
The words of Isaiah we read at this time both understand and challenge this pessimistic and persistent voice in my head. The prophecy preceding last week’s haftarah describes the frustration and hopelessness of the Israelites after the Temple’s destruction: “We all growl like bears And moan like doves. We hope for redress, and there is none; For victory, and it is far from us” (59:11).

Isaiah’s prophecy doesn’t allow us to wallow for long, however, and instead focuses our eyes towards an inevitable future: “Arise, shine, for your light has dawned!” (Isaiah 60:1) the prophecy confidently replies to the Israelites’ cynicism. Isaiah goes on to insist that this year we will have the opportunity to set ourselves right, to “build the ancient ruins, Raise up the desolations of old, And renew the ruined cities, The desolations of many ages” (61:4).

The prophecy of Isaiah brings us to the sweet spot between awake and overwhelmed. We are not being offered the comfort of escape or naive optimism here. This prophecy is for those who have seen what they hold as most holy left in ruin, and know in the deepest part of themselves what humanity and empire are capable of. And yet, according to what we read in Isaiah, the possibility for us to swing the pendulum towards something better is undeniable. It challenges us to arise, to tap into our collective inner strength deepened by the knowledge of destruction. It asks us to put aside our questions about whether or not it is possible to live in a just world, and simply choose to believe that we can make it happen.
Assuming we are powerless in the face of impending destruction creates a self-fulfilling prophecy that we will remain powerless. Having a vision that is clear allows us to believe in new possibility. I act differently when I act from that place of belief that things can be different than they are now. I think in the long term. I work collectively and strategically. I take the struggle seriously. I look for meaningful ways to join with those building a multi-racial, populist, progressive political movement that can actually contend for power. I allow myself to envision the world in which I want to live, and take real risks to move towards making that vision a reality.
So this year, as we get ready to say “shanah tovah”–a good year, to each other, may it be more than a half-hearted greeting. May it be a prayer we deeply believe in. May it allow us to find the part of ourselves that knows what it will take for a good year to be possible, and fight with all we’ve got to make it happen.