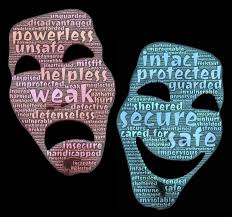 Purim is a story of inversion, in which the would-be executioner, Haman, meets his demise on the gallows he constructed to do away with the Jewish people.  We commemorate this turnaround by dressing up, turning the tables on what is ordinary, and getting elevated enough in our reverie that the distinction between Haman and Mordechai – between evil and good – becomes muddy. Arriving around the same time as Lenten carnivals like Mardi Gras, Purim in the northern hemisphere marks our longing for Spring, for life.
Tucked away, beneath the gift baskets, hidden in the shadows of Purimspiels, lies the memory of terror. Like many Jewish holidays, Purim attends a narrow escape from collective peril; it enjoins a stiff drink for good reason. What, then, might this holiday offer in this time of widespread danger, when refugees shiver in makeshift tents, when the school year commences with an announcement terminating a program allowing students to attend college, when a knock at the door or a traffic stop easily leads to deportation and exile? What kind of narrow escape is possible this time?
Purim is as much a story of collective survival as it is of heroic deeds and last-minute inversions. A tale for our times, it is the story of how vulnerable people find sanctuary, spitting in the eye of their oppressors with the rowdy fact of their rebel endurance.
Rachel Barenblat explains that hiding is a key theme of Purim.  On the advice of her uncle Mordechai, Esther – Hebrew root nistar, hidden –hides her Jewishness from King Ahasheverous. Secret identities take the limelight at Purim: Esther proclaims her Jewishness, saving her people. This time of year, many kinds of costume and drag display versions of ourselves that remain hidden or unimaginable the rest of the year.  Carnival holidays like Purim upend powerful hierarchies, conveying the gift of life envisioned not as it is, but as it might be.
Esther’s heroism and the ensuing salvation of the Jews of Persia demonstrate for Barenblat the power of God’s love, which makes it safe to come out of hiding. Another way to think about this power is to call it sanctuary: a word that emanates from religious origins to become a collective strategy for mutual aid, for survival.  At Purim, we celebrate individual courage as well as the possibility of collective shelter from the storm of history.
During the US-backed “Dirty Wars” in Central America in the 1980s, a Sanctuary Movement emerged to protect those who fled its ravages in their homelands. Multifaith, the Sanctuary Movement took partial inspiration from “Cities of Refuge” in the Old Testament, in which individuals pursued for crimes committed in error could find refuge, justice and even forgiveness. Those taking part in the Sanctuary Movement consciously violated some aspects of federal law because they felt that their faith called them to protect the vulnerable from deportation, exile and even death by being forcibly returned to homelands they had fled.
Today, a renewed New Sanctuary Movement fights the threat of deportation by working for collective shelter.  Starting in 2006 with the well-publicized case of Elvira Arellano, who took sanctuary in a Chicago church until she was arrested and deported to Mexico, the New Sanctuary Movement offers support and solidarity to the thousands of people faced with the reality of deportation. As the persecution of the foreign born has increased under the current administration, congregations offering sanctuaries have multiplied, alongside individuals taking shelter in them.
While it originated in religious communities, a Sanctuary Movement now circulates beyond them, offering an alternative to the brutality of the current regime. Around the nation, approximately 300 sanctuary cities, municipalities, and counties protect their undocumented residents by prohibiting local police from collaborating with the Immigrations, Customs and Enforcement Agency in deportation raids.  Similarly, a sanctuary campus movement works to protect the right of college and university students to learn without fear of harassment, arrest or detention.
While the New Sanctuary Movement formed in response to successive crises of deportation, it radiates out to re-imagine our collective and heterogeneous shelter.   The commemoration of yet another Jewish narrow escape at Purim enjoins us to imagine what that might look like, for all of us.