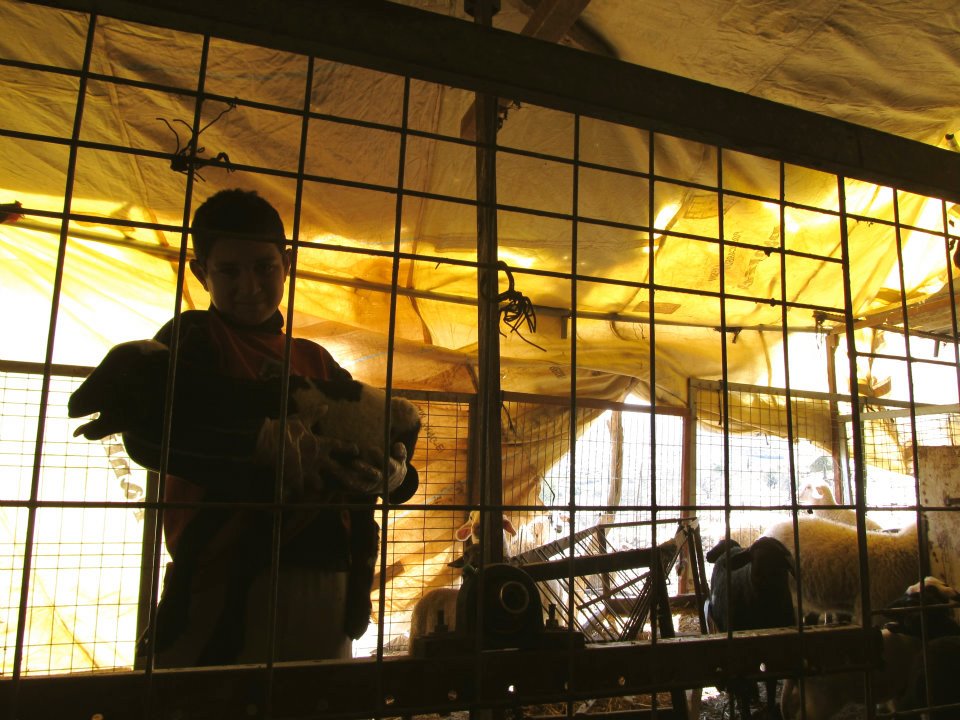 Six Things You Can Do to #SaveSusiya

Back in 2012 when I visited Susiya with Rabbis for Human Rights, I was barely scratching the surface of involvement in human rights in Israel and the OPT. I had recently returned from an infantilizing, intellectually and morally reductive Birthright trip. Fortunately, what Birthright did do was mobilize me to move to Israel for a year to explore, grapple, and attempt to start to articulate my own educated opinions.
Visiting the village, I was aghast at the lack of access to basic provisions like water, shelter, and sanitation that the families and especially the children faced.  While Israeli settlements are connected to electricity and water by the Israeli government, Palestinian villages in the same areas are denied this support and have to depend on solar panels and clean water services made possible by Israeli-Palestinian NGOs like Comet-ME.
To add insult to injury, I learned that there are two Susiyas — Susiya the Palestinian encampment where people are living in tents and shacks and Susya, the sparkling Jewish settlement just next door that we also visited, whose motto is “Susiya – Jewish Forever” and whose residents throw rocks at, vandalize, and kill the sheep of their Palestinian neighbors. The stark, in-your-face contrast was sickening.


Fast forward three years to right now, where the village is under actual existential threat as the Israeli government plans to carry out demolition orders that will displace 340 residents in the coming weeks. The demolition order originally came in 2012 when it was ruled that Susiya was built without a permit from Israel’s military authorities – although it was built on Palestinian villagers’ private land.
Susiya in many ways represents the fate of small Palestinian villages in the West Bank as they are under constant, strategic threat of demolition by the Israeli government. Many of these villages, including Susiya, are located in Area C of the West Bank, which is under military and civil control of the Israeli government. Palestinians that live in this area face an ironic catch-22 – it is illegal for them to build infrastructures or even collect rainwater yet if they fail to work their lands, they lose any right to exist there.
As American Jews, we so often dwell in the space of nuance and complexity. We play in this space regarding our explorations of our own identities, responsibilities, and our relationships to Israel. For many of us, grappling with these layers and complications is the apex of our Judaism, and we love it there.
However, it’s entirely too easy to get wrapped up in this space and look past opportunities to take concrete action when we need to step up and live our values. This is another central piece of many of our identities as Jews.
I write this all to say that #SaveSusiya is one of these opportunities.
Like I mentioned, Susiya’s demolition was originally slated in 2012, and successful campaigns from its residents, Israelis, Palestinians, international activists, and American Jews have managed to push this off since then. We’ve seen that taking action does have the ability to change facts on the ground, and now we need to collectively raise our voices and work hard again to #SaveSusiya.
As I type this, hundreds of people are marching in Susiya, protesting its impending demolition and the forced transfer of its residents. If you are not in Israel, there are still so many opportunities to speak out against the demolition and act in solidarity with the residents of Susiya.
Here’s how: