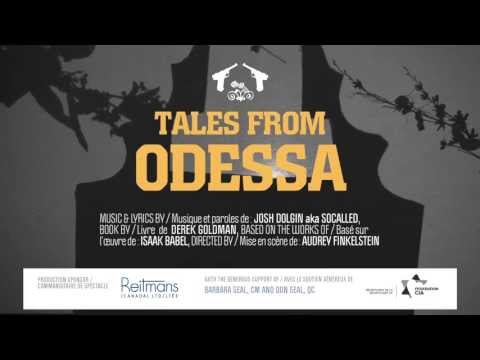 From June 16th-July 7th, you can see Tales From Odessa at the Segal Theatre in Montreal, Quebec. Musical artist Socalled (Josh Dolgin) penned the music and lyrics for the production, based on the short story collection Odessa Tales by Isaak Babel. Tales From Odessa follows the life and rise of mob boss Benya “The King” Krik, who rules over the Jewish neighborhood in Moldavanka. Socalled maintains a blog about his work on the musical, and you can view the trailer for the production below.

In Yiddish with English and French supertitles.  Tickets start at $24.00. You can learn more about the artist Socalled at his website.