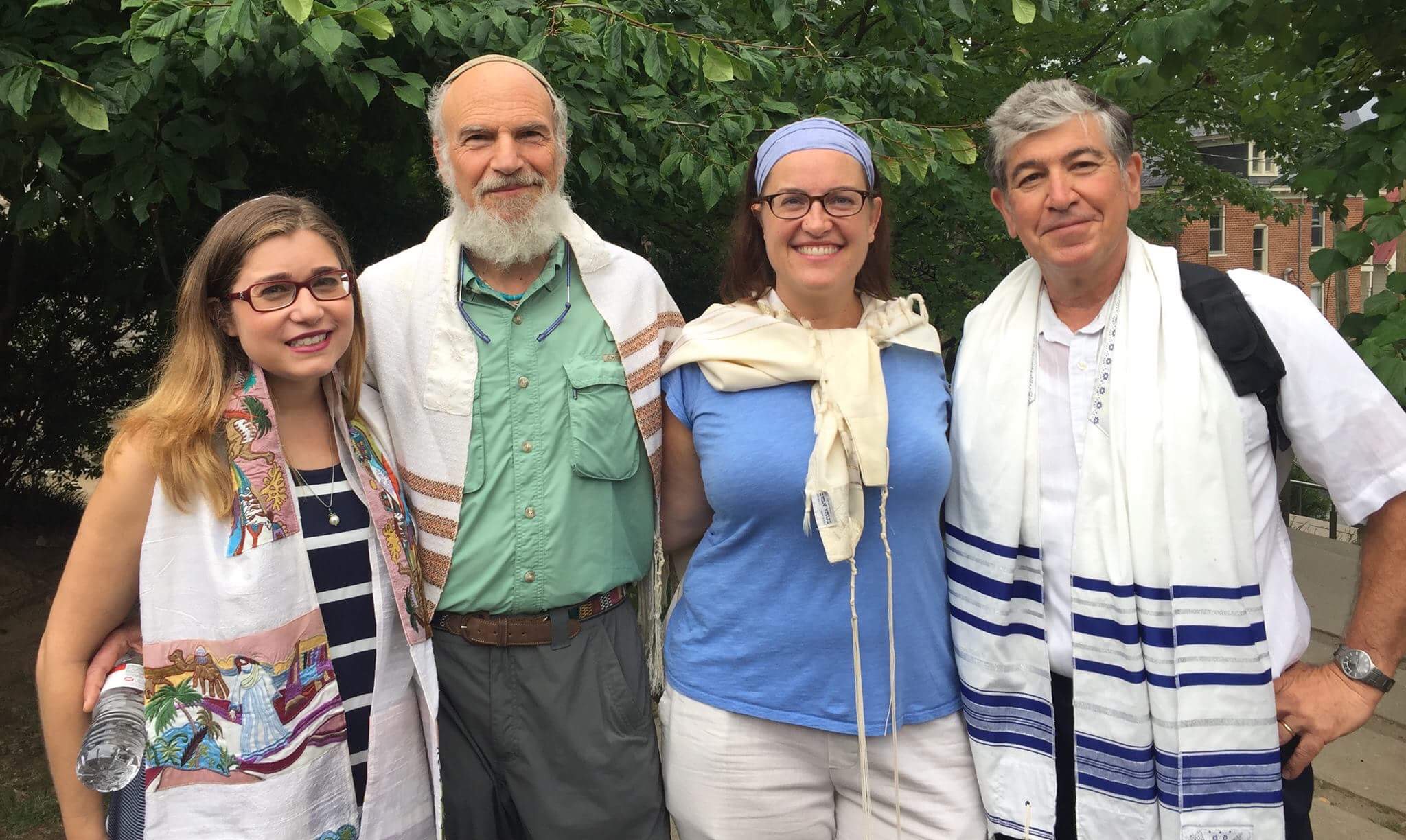 Standing Against White Supremacy in Charlottesville

It took me a moment to process what I saw. That familiar red star with two sides missing, a stylized shooting star on the front of a helmet. A batting helmet. An Astros batting helmet. Like the one that my beloved Houston Astros wore in 2005 when they made their first World Series appearance.
But this batting helmet was worn by a white supremacist who was parading in a long line of white supremacists right in front of me as I stood yesterday with other clergy along one side of Emancipation Park in Charlottesville.
The young white man was dressed in khakis and a white polo — coincidentally, the uniform of the tony private high school I attended deep in the heart of Texas. He was wearing combat instead of cowboy boots, but I could have grown up with him. I froze in shock as I watched him turn his helmeted head this way and that, jumping up and down and yelling at passers-by and waving his Confederate flag.
I am proud to have been in Charlottesville yesterday with many fellow Jews — who played a variety of crucial roles among the counter-protestors, including acting as organizers and mobilizers and medics and counselors and songful presences and messengers of peace and love — and many other courageous folks who know that we cannot ignore the drumbeat of hate and violence, aimed at the most marginalized among us, that continues to grow in our country.
Though we clergy were only able to hold space near the park for a few hours, we were able to achieve some vitally important things as we stood with locked arms among the absolute chaos of white supremacists, militia, antifascists, and law enforcement.
We should never underestimate the power of optics, of what it looks like for clergy to be in a position of peaceful, nonviolent resistance in opposition to the forces of evil. Several Jews came up to Rabbi Mordechai Liebling next to me — his gender presentation, white beard, and kippah more stereotypically “rabbinic” — and thanked us for being there. Certainly I was overwhelmed by the gratitude that was expressed the night before at Kabbalat Shabbat services at Congregation Beth Israel. Indeed, I am sustained in the work I do in part because I hear over and over again from younger Jews: “My rabbi never did anything like this.”
And I know that the presence of out-of-town clergy made an impact on our local colleagues. I wanted to show up for the rabbis especially, Tom Gutherz and Rachel Schmelkin, who have lived this nightmare in their city for many months, and who will continue to pastor a traumatized congregation and community long after the crowds have dissipated.
Finally, I represented my fellow rabbis and rabbis-to-be. I felt extraordinarily calm in that moment of resistance at the park knowing that I had the support of my employer — T’ruah: The Rabbinic Call for Human Rights, and its network of 1,800 rabbis — and my school — Hebrew College, and its faculty, alumni, and students. Among them and many others are my teachers and friends and classmates, extraordinary people of conscience and moral courage who thanked me for representing them when they couldn’t be there.
However — and I say this with utmost respect for local organizers Rev. Seth Wispelwey and Rev. Brittany Caine-Conley — the clergy action at Emancipation Park was ultimately ineffective. We couldn’t hold the space and be that crucial, calming presence of peace: We needed five times as many of us to have been able to do so.
This problem was compounded by the confusing plurality of actors at in the rally. On my way to the park I saw dozens of young men head-to-toe in camouflage, wandering the streets with their fingers on the triggers of their machine guns — including three standing casually across from the synagogue, which is two blocks from the park. They were also in formation along slope of the park, facing us clergy as we lined up. They said they were private militia but refused to say who had hired them; they claimed to be there to protect the counter-protestors, but several locals said otherwise. At one point the apparent leader leaned in close and said, “I wish there were four of five times more of you here right now.” But it was hard to tell ally from enemy in the chaos that ensued.
And our problem isn’t just one of numbers and actors. We need new and creative methods of resistance. Every nonviolent direct action training I’ve attended has focused on confrontation with police. That’s what we did again on Friday afternoon with Rev. Osagyefo Sekou. But yesterday the only police I saw in-person were blocking off streets in their vehicles. At Emancipation Park they were nowhere to be found as Nazis and counter-protestors clash unimpeded.
We know that the police aren’t going to protect us. But if Charlottesville is any indication, they aren’t going to be the ones we’re facing, either. In order to be effective nonviolent protesters, we may well have to rewrite the rulebook. We have to ask ourselves what it will look like to put our bodies on the line in front of violent white supremacists accountable to nothing and no one.
Returning to the likely fellow Texan who completely unnerved me: My fellow white people and I also have to acknowledge that “they” are “us.” I have family members who voted for Trump — the man whose candidacy and presidency has only emboldened the virulent strain of white supremacy that was on display in Charlottesville yesterday. And when the president refused to condemn white supremacists specifically, he was dog-whistling to our uncles and cousins and neighbors and colleagues and classmates. It’s (beyond) time to collect our people.

One thought on “Standing Against White Supremacy in Charlottesville”