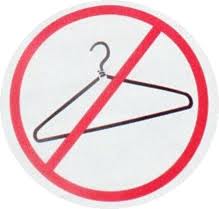 The Abortion Wars Come to Israel

In Jewish law, Abortion is not considered murder until quite late in the pregnancy – in fact, until the head crowns. While that is the case, abortion was not to be done lightly – not because it was murder, but because the fetus is considered a part of the mother’s body, and one may not mutilate a healthy limb.
Perhaps it is partly for that reason that the squabbling over abortion which sometimes dominates so much of American political blather didn’t seem to have made many inroads to Israel. Perhaps it’s only because children are much more part of daily life in Israel – they are cherished communally in way that they aren’t here. Or perhaps it was just another women’s issue which has been buried in the swamp of we’ll deal with that later, right now, we have a war to deal with. Why, yes, I am being a bit sarcastic.
RIght now there are so many mattersof democaracy and freedom on which Israel is moving backwards, that it’s difficult to keep track of them all. On women’s issues, in particular, Israel has lagged behind the US – the usual saying is “by about 25 years.”
But on reproductive rights, the discussion seems to have been missing at least partly because, while technically legal, it is quite arduous to actually obtain an abortion, and nearly impossible for married women. In fact, women seeking abortion have to navigate some rather arcane process of approval from a committee, a social worker, a technician who shows you ultrasounds – and apparently married women rarely, if ever, receive approval. As the author here says, “we stayed silent when signs reading ‘The Jewish womb belongs to the Jewish people’ were hoisted.” Yes, indeed, instead of the fetus being a limb of the woman, apparently the woman is actually a limb of the state.
But in any case, the struggle over women’s ability to obtain an abortion has begun getting a lot more press recently. Apparently fake-clinics, modeled on those supported by the American Christian right have begun aggressively advertising in Israel. Efrat, the name of the main one of these organizations, has been not only advertising aggressively, but has also apparently taken it upon themselves to track down pregnant women and dissuade them from getting abortions. Creepy stalker much?
Well, now Efrat is also featuring rather prominently in a tragedy that has Israel suddenly paying attention to the issue.
Apparently,

A teenage boy, 18-year-old Raz Atias, was killed in a standoff with police who were trying to prevent him and his pregnant girlfriend from committing suicide. Police had found Atias and his girlfriend outside of Jerusalem, with Atias holding a gun to his girlfriend’s head and threatening to kill her and then himself.
The details of the incident are still not entirely clear, but the girlfriend’s sister reported that members of the Israeli anti-abortion organization Efrat had visited the pregnant teenager in the hospital to “brainwash” her against having an abortion, which led to significant emotional turmoil for the young couple.

Helpfully, Israel’s chief Rabbis Shlomo Amar and Yona Metzger issued a letter of support for Efrat, saying “Killing fetuses is murder.” As far as I can tell, the only rabbi who has responded Jewishly to the nonsense propounded by Efrat and the chief rabbis is Rabbi Benny Lau, who pointed out, correctly, that, “the organization interprets rabbinical law as ‘Catholic law’.”
As far as I’m concerned, the entire struggle just goes to underline what I’ve said for a long time: the hareidim don’t follow Jewish law – they have a reactionary social agenda. And they are willing to make up any kind of nonsense and call it halacha to expand it. So much so that they don’t care if they have to borrow from the more reactionary parts of Christianity to do it.

3 thoughts on “The Abortion Wars Come to Israel”