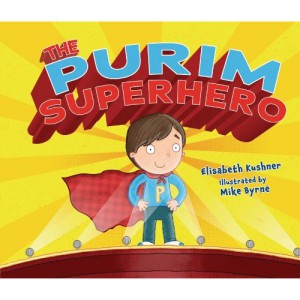 The Purim Superhero is temporarily out of stock~

In case you didn’t know, there is a new Jewish children’s book out about a boy with two dads. As you might imagine, it has received both positive and negative reviews.
The positive:
“Our kids have regular kid problems. Just as there are Purim stories other than the Book of Esther, there are kid-in-a-gay-family stories that aren’t about a classmate or teacher’s homophobia.” (Jewish Week)
The negative is basically for the reasons you might imagine:
“Our culture is being systematically deluged with visions for ‘alternative families’ and there are dozens of foreign funds that encourage every form of sexuality other than the conventional one.  Parents need to be on the lookout for this type of content which can spring up in the most unexpected places.” (Jewish Press)
Then my eyes glazed over.

3 thoughts on “The Purim Superhero is temporarily out of stock~”