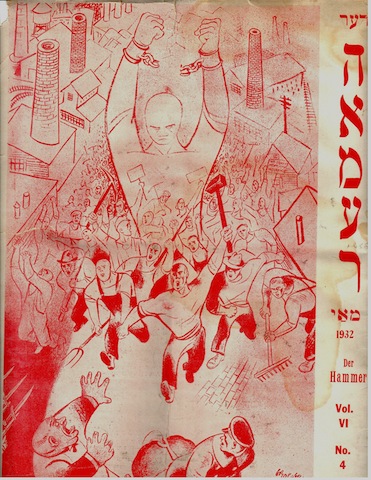 Here is the cover image of the May 1932 issue of Der Hammer דער האמער, illustrated by Jewish artist William Gropper Der Hammer, an interwar socialist daily with strong communist leanings, fashioned itself as the magazine of the Jewish Worker. It’s here as a reminder to all those in current struggles for justice and peace, and also to honor the upcoming anniversary of the Triangle Shirtwaist Factory Fire and to honor the struggle of Chinese workers contracted to Apple Computers for a safe and healthy working environment free from chemicals that cause neurological damage.

12 thoughts on “The Struggle”