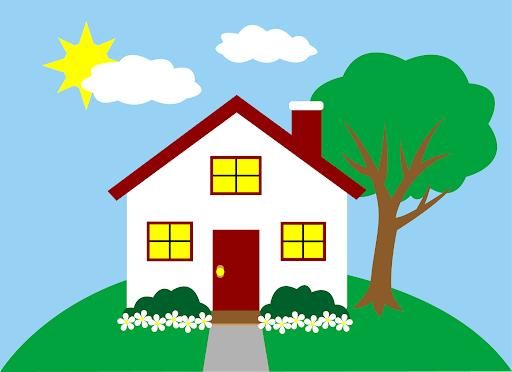 The White Supremacist Next Door

He lived next door to us with his elderly mother: as caretaker, we assumed.  Frank Smith was clean-shaven and well-groomed. My mother described him as “prematurely gray,” though the color of his crew cut seemed about right to me.  Mostly he steered clear of us, nodding and ducking his head in response to my mother’s friendly greetings.  In return, my sister and I were scared of him, the way kids sense when something is not quite right.

A small mound of macadam separated our shared driveways. It must have been put in well after the 1910s, when the houses on that block were built. Their backyard was shady and uncultivated, with a wood pile rotting at the edge of the small woods that grew behind our houses. It was a contrast to our yard, with its sunny expanse of grass, swing set, and the riotous color provided by my mother’s tiger lily beds in summer. On the other side of their house, there was an empty lot where big, old trees and meadow grasses grew. We cut carefully through their yard to collect acorns or play running games on the other side.

Anne, Frank’s mother, used to emerge from their house most mornings, attired with an old-fashioned propriety that included long gloves and hats with veils.  With a stiff-legged gait, she walked down the long, steep hill that led from our street into the suburban town, with its fake Tudor train station and shops. She would do an errand or two, then painstakingly make her way back up.  When people pulled over to offer her a ride, she politely shook them off.

Attracted to the brick sidewalks, good schools, and sense of security they felt there, my parents left Manhattan for this Westchester county town in the mid 1960s, unwittingly becoming part of a shock wave of demographic change. Up until that time, the town had been solidly white and Protestant.  Some of the municipalities in the area still had restrictive covenants: mortgage agreements that proscribed selling to Jewish or Black buyers.  Ours did not, making it attractive to a new cohort of Jews, Greeks, Irish and Italian Catholics and the very few Asian and African Americans able to move into the area.

While these larger changes were taking place, we became accustomed to suburban life. In the mornings, most of the fathers waited together at the train station for Metro North to whisk them away, into the city.  Sometimes the mothers took the kids down the hill to shop in town, but mostly we purchased what we needed in the sprawling supermarkets and strip malls of Central Avenue, a commercial artery connecting the Bronx and White Plains. There, newly constructed apartment complexes housed the few single mother and African American families in the school district.

There were boundaries between new and old inhabitants that seemed normal to me as a child and only occasionally drew my attention. Early on, my mother established a tight circle of other families new to the area. The women traded childcare and sipped coffee together during the day.  Frequently, they gathered with their husbands on weekend evenings, sometimes with us in tow. We would be allowed to stay up late and watch tv together, older kids responsible for the younger ones.

Almost all of the families in that circle were Jewish.  That was implicit in a certain kind of joke that might be told among them, a Yiddish accent that emerged in that close company.

Together, all the kids attended the good schools that had drawn our parents to the area, the prized small class sizes creating a sense of familiarity among us that led to friendships across lines of religion and ethnicity. For many of the kids of the new arrivals, there were dreaded, parent-mandated afterschool studies: Hebrew, Italian, or Greek classes held at the churches and temples we belonged to separately.

We heard rumors of private clubs that excluded Jews and African Americans. In second grade, a popular girl who was always busy after school on Tuesdays revealed that was the day she attended classes at Miss Covington’s Dance Academy, which, she said in front of the whole class, did not allow Jews. She did not even mention African Americans, though there was one  Black girl in our class; as though her attendance was simply out of the question.

This revelation didn’t surprise me. I imagined ballrooms full of straight-haired girls in white dresses and gloves, like the ones Anne Smith wore; a world existing just beyond what I could see in that town.

Our lives were rimed by white supremacy, the way that moisture frosts an icy cocktail glass. It governed where we lived and when we were allowed to live there; who taught in our schools and who cleaned the buildings; who joined our classrooms and scout troops; what jobs our fathers held; where our mothers shopped. The still-exclusive nature of that town meant there were almost no Black, Latinx or Asian kids in our classes.

Because our families were strivers, because we wanted to be inside instead of outside, we didn’t make trouble by calling attention to the divisions shaping our lives. We could see them, but we knew that we were supposed to ignore them.

Frank did not ride the train to the city with most of our fathers.  He didn’t seem to have a job at all, a fact which led my parents to assume that something bad have happened to him. A nervous breakdown, my mother guessed at the coffee klatch, her tone hushed. Men worked in that town; women stayed home with the kids or worked part time, often for their husbands, as clerical help.

Though we never went inside that house, we maintained cordial-enough relations with Frank and Anne.  Or did we?  Was their shyness a mark of eccentricity, or was their hesitation towards us motivated by something else?

In high school, I babysat for the Krasnows, a Brazilian Jewish family who bought the house across the street from the retired, Protestant couple who had lived there when we moved in. The neighborhood continued its transformation. Around that time, a South Asian American family purchased a new home built on an empty lot up the street; the first people of color on our block.

It was Marie Krasnow who accidentally received Frank’s mail one day: a weekly flyer from our local supermarket and the John Birch Society newsletter, The New American, with a mailing label marking Frank as a subscriber. Marie and my mother poured over the newsletter, with its anti-Semitic screeds and indictments of civil rights leaders as dangerous communists. They wondered whether this subscription marked the full extent of Frank’s political activities. “What kind of person is he?” they asked each other, shaken; “does Anne know?”

They talked about going over to the Smiths’ house, delivering the mail, and saying something. Saying what?  Because they didn’t know, they eventually dropped it, the newsletter finding its way directly out of the Krasnows’ house to the trash bin, so that their young daughters would not find it and wonder.

By then I was less concerned by the vagaries of our suburban neighborhood than by mounting evidence that I would soon be able to leave it.  Relations between our household and the Smiths deteriorated a little: more whispered suspicions, fewer pleasantries. Neighbors observed Anne going through trash cans on her way back up the hill and wondered whether Frank was neglecting her, or worse.  From an odd and slightly sad figure, he began to seem like a dangerous and scary one.

Watching white supremacy re-emerge as a public force over the last few years, I think of Frank and of Anne, who surely knew at least what her son received in the mail and, in all likelihood, appreciated its contents. White supremacy has a long history in the United States, predating the founding of the republic by centuries.  American history is the course of white supremacy, its adherents and opponents, casualties and consequences. That has not always meant visible white hoods and burning crosses.

In other words, there have always been plenty of Frank Smiths. Sometimes they are isolated, like he was – I imagine him in that house next door, shaking with fury as his world changed around him.  Though others in that town may not have maintained the same subscriptions Frank did, the community as a whole continued to perpetuate a system of racial inequality, limiting access to that fine school system, tailored to ensure the success of its graduates. The 2010 census records the area as 75% white, 19% Asian, less than 5% Latinx and African-America. Formerly insurgent Jews and Catholics are now counted as “white” for census purposes.

Contemporary far right racist ideology blames everything from increasing economic inequality to the public health remedies necessary in a global pandemic on Black, Indigenous and People of Color (BIPOC), Jews, “Antifa”, “the radical left,” and/or “liberals.” The resurgence of overt white supremacy opposes the Movement for Black Lives, the immigrant justice movement, and other freedom struggles. It also targets the mild insurgency of my parents’ generation: the “white ethnics” driven to claim the full benefits of being considered white people.

White supremacist mobilizations like the January 6 domestic terror assault on Washington, DC, parse questions of identity differently than the census does. For these terrorists, Jews do not belong in a white nation.  Many at the capitol sported sweatshirts emblazoned with anti-Semitic slogans like “Camp Auschwitz” and “6MWE” (“Six Million Was Not Enough”). These phrases resound with the 2017 chant at the “United the Right” gathering in Charlottesville: “Jews will not replace us.” The phrase expresses the hoary theory that Jews are part of a broad conspiracy to “replace” white, Anglo Saxon Protestants with racial others, thereby undermining the stability and principles of a nation based in white supremacy. It posits Jews as perennial outsiders, always trying to fit in by undermining the of the white, Protestant nation.

Despite the striving of my parents’ generation to fit in and to live the American Dream without being racially marked, the medieval nonsense of “replacement theory” resounds in the ears of a thousand Frank Smiths. It serves notice to people like me, who have benefited from being considered white, starting with the fine public schools I attended in that town: it is time to abandon any pretense that we can thrive in a nation based so deeply on white supremacy.  Instead, we must cast our lot with the movements that fight it.

2 thoughts on “The White Supremacist Next Door”