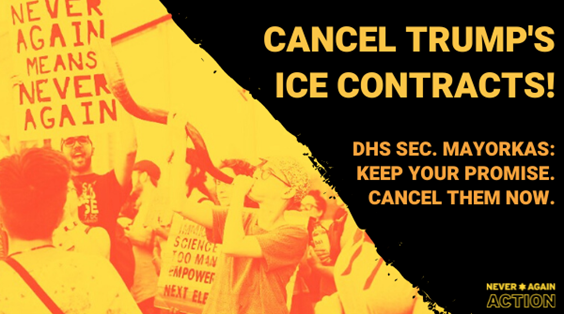 Sukkot is the holiday of wandering and, so, displacement.  We set up sukkot, temporary and fragile structures, to remind us, in part, of the vulnerability caused by displacement. We are told our biblical ancestors fled oppression in Egypt and were forced to wander in the desert. This sense of displacement continues to echo throughout Jewish history from exile to the Spanish inquisition to the Holocaust and other anti-Semitic violence in Europe which caused my own great-grandparents to flee to the United States.

For me, the Jewish story of displacement (both biblically and historically) has always resonated in the stories of today’s immigrant communities who are both forced to flee to the U.S. and who are forced out of the U.S. As I reflect on sukkot, I feel the weight of the quarter million people who are deported from the U.S. every year, forced by our government into a new displacement. I feel the fear of friends who worry about their families being torn away from them.

The mitzvah of inviting guests into our sukkot feels like a response to this collective memory of displacement, whether that’s the distant memory of our ancestors’ displacement as they wandered b’midbar, in the wilderness, or the more recent memory of our grandparents’ displacement from Poland or Morocco. As we remember being wanderers, we are obligated to be welcoming to other newcomers. Yet, for our country’s newer residents, we have fallen short.

Instead of being welcoming, we have tolerated a deportation system in place of an immigration system.

In this deportation system, displacement is its central goal. In fact, for every $1 of our taxes that goes to the agency that assists with immigration (USCIS), $100 goes to agencies focused on deportation (ICE and Border Patrol). This system has largely stood unchanged, despite the Biden administration’s ‘nicer’ language around immigration. So far, the Biden administration has maintained some of the Trump-era policies, added a policy to increase deportations, and failed to make structural changes to a cruel deportation system.

There is an overwhelming amount of work to do in order to dismantle the deportation system and build something new that reflects welcoming values. But there are also some very small, very manageable changes that leave me wondering: why wait?

The impacts on affected communities are devastating. About half of those deported via 287(g) agreements are deported due to misdemeanors, like traffic violations. Some of these programs also aim to deport as many ‘suspected illegal immigrants’ as possible, contributing to racial profiling of Black and Brown communities, like conducting “sweeps” of Latinx communities.

But there is some good news.

287(g) agreements can be cancelled unilaterally by the Biden administration. Biden even promised in his campaign to end all of Trump’s 287(g) contracts (it’s even still on his website). Furthermore, the particular person in the administration responsible for keeping this promise should understand the lessons that sukkot teaches us about displacement and the corresponding obligation to welcome. Alejandro Mayorkas, the Secretary of the Department of Homeland Security, is himself Jewish and the child of immigrants. He should share the Jewish aversion to specific communities being targeted for displacement.

So, why, 9 months after taking office, has Secretary Mayorkas and the Biden administration only cancelled one single 287(g) agreement?

This sukkot, let’s come together to ask this question of the Biden administration and Secretary Mayorkas: why keep displacing our neighbors instead of keeping this one, small promise?