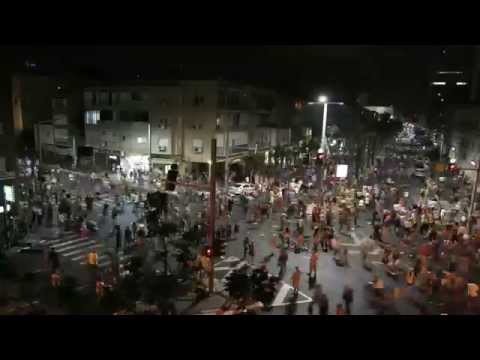 This is a fascinating time-lapse video of yesterday’s 300,000-person housing protest in Tel Aviv last night calling for “social justice” across a broad range of social and economic issues. That number makes it possibly the largest protest in Israel’s history, rivaled only by the protests against the Sabra and Shatila massacres during the First Lebanon War. It is definitely the largest protest ever on social issues.