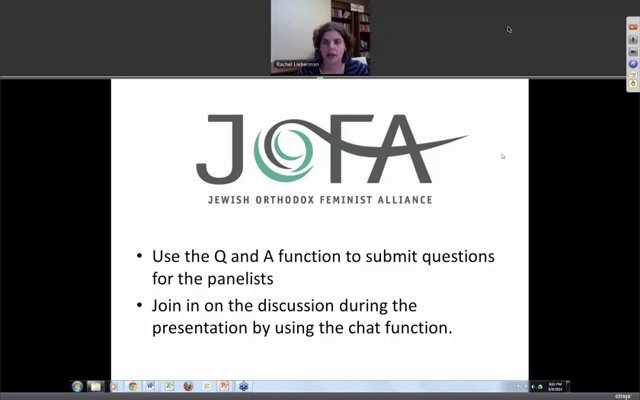 We've Been Waiting for You: A Retrospective with Maharats

Just about a year ago, the first class of Maharats graduated. For those of you who haven’t been following the various stories over the last year or so, the term Maharat is a Hebrew acronym for Manhiga Hilkhatit Rukhanit Toranit, translated as one who is teacher of Jewish law and spirituality. In other words, an Orthodox Jewish female rabbi. But, you know, without the title of rabbi. I was fortunate enough to be a part of a webinar hosted by JOFA entitled “The Maharats’ First Year: A Retrospective,” where three Maharats and one soon-be-ordained Maharat spoke about their experiences thus far. Part of me was hoping for anger: these women are basically rabbis, don’t they deserve the respect of earning the same title for the same job that men do? Even though I was hoping for angry women ready to lead the way for change in their fields, I’m also relieved that this was not the case. Instead, Maharats Ruth Balinsky Friedman, Abby Brown Scheir, Rachel Kohl Finegold, and Rori Picker Neiss were enthusiastic, calm, and not bitter in the slightest.
Each woman spoke of the supportive nature her respective congregation and fellow clergy people. While there were minor displays of negativity, for the most part each Maharat was warmly welcomed into her community. Communities that for so long have denied women the opportunities to become leaders in their shuls. Now, these communities can see the full potential the women members of their synagogue have to offer. Maharat Abby spoke of how excited her community was to have her, and how interest in bat mitzvahs have increased since she began her position.
Most reassuring of all was Maharat Rori’s insistence that her congregants and her fellow clergy are more interested in the skills and talents she brings to the table, rather than just the fact that she is a woman. It is clear that Maharats are not simply token women on the bimahs. They are respected and well-loved by their communities. Even after almost a year, Maharat Rachel says she is still meeting new people in her shul, and she can’t help but notice that when she walks into the sanctuary, “all the women in the room sit a little taller,” and clear, prouder.
The Maharats are a busy bunch: they teach Torah to young mothers, they tutor bat mitzvah students, they’re creating new programs in their shuls, meeting with other religious leaders, all the while figuring out where exactly they belong on the bimah. Maharat Rachel is still frustrated by the fact that there is no set seat for her on the pulpit. “How do we mark our space?” She wondered while the other Maharats nodded in agreement. In Orthodox shuls, women’s space is hidden away, or at least on the other side of a partition. So where do the female clergy go?
Then again, Rachel told an especially inspiring story of her first Rosh Hashanah in her new shul. After her d’var Torah, she was going back to her seat in the women’s section, and saw tears in the eyes of many of her congregants. One woman took her hand and said, “We’ve been waiting for you.” If anyone has doubts about whether or not women should be more than lay leaders in their Jewish communities, look no further.
Mazel tov to the newest class of Maharats, and kol hakavod to the Maharats who graduated last year. We’ve been waiting for you, and we’re so glad you’re here.