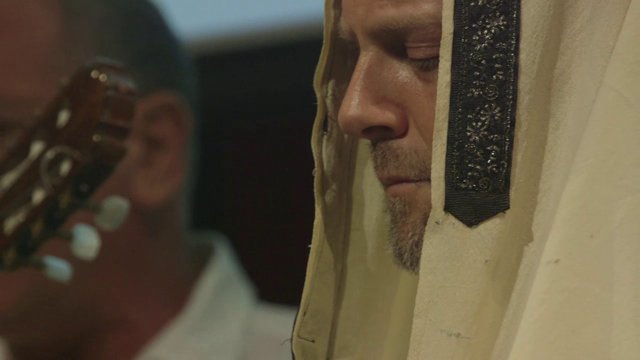 Why Synagogue? A reply to a reply (a provocation)

The Jewish people are in crisis. The synagogue is in crisis. And, of course, Pew. One need not even remember the whole name of this latest diagnosis of the demise of our people. It suffices to just hint at it to strike terror in the heart of the terror-stricken.
Amichai Lau-Lavie has the latest salvo. He has put together something called Lab/Shul which is apparently the evolving answer to the problem. What however is the problem? It seems that the problem is shrinking synagogue membership or affiliation or some such. Why is this a problem? Because Pew said it was. Well, actually, Pew just said it was happening. Actually Pew (currently the reified voice of Jewish demise) said that just like the rest of America, Jews were affiliating religiously, or actually that they were identifying themselves as having a religion, at a lower rate than before. So this might just be a problem like rising tides is a problem. It is a phenomenon, but its only a problem if your house is close to the ocean at low tide. The solution then is not to try to stop the tide from rising. The solution probably has something to do with moving your house.
According to Lau-Lavie the problem is that there are too many bars to entry. The synagogue is a wonderful place, potentially, but the rabbis just prattle on and on, and people mention God. A lot. Lau-Lavie’s friends don’t like that. At all. The answer is a place where other terms are used instead of “God,” and maybe there is more music, and the translations are tweaked so that even if God is in the Hebrew, “source” or “creator” is in the English translation. So that, perhaps, a famous Israeli pop-musician will sing a beautiful unplugged version of Kol Nidrei—despite the fact that he is singing a bit of legalese that blessedly few people understand—and the emotion will suffice for the shul which wants “authenticity”.
Now, in truth, I have no problem with Lab/Shul, or with any of Lau-Lavie’s previous kiruv projects—Rebbetzin Haddasah, or StorahTelling. They are all to be applauded. I do have a problem with thinking that there is one answer, or even one problem. Or that the problem is the same everywhere.
To begin with, why is it a problem for Lau-Lavie’s friends not to be in shul? The missionary, or kiruv professional, starts with the assumption that they have the perfect product, and then ask why isn’t anybody buying. When I go to minyan during the week, I go to my local Conservative shul’s daily minyan. Its a no-frills affair which takes 30-35 minutes on days when there is no Torah reading, 45 minutes when the Torah is read. Longer if Hallel is said. This kind of minyan would probably fit Lau-Lavie’s exact definition of the problem (except that most of the new and experimental minyanim don’t meet daily). There is almost no singing, no conversations, and there’s a lot of God language. Yet, there is a regular attendance at this minyan, which is a very welcoming community of people—mostly people who need to say kaddish, but not exclusively (I am thankfully of the latter). When, for example, one of the minyan members underwent surgery the minyan organized a Psalms vigil at the hospital for her. There is a real warmth and caring amongst the minyan members. (Bagels and lox on special celebrations.)
But, you might say, what about the hundreds of people who don’t come to the daily minyan? Where are they? Well, I will answer you in the same credulous tone, they are not there—and perhaps do not need to be. The minyan should perhaps be looked at as a function of a community. That is, a community needs a minyan. Just as a community needs a Torah and a Torah reading. Each individual is not obligated in Torah reading—the community is. Perhaps we should think of a minyan in the same way—especially daily minyan. The community has to have a daily minyan, but not every Jew in the community needs to be at the minyan. In truth, most every community I have ever been a part of that has had a daily minyan (which means basically Orthodox or Conservative) has had a small percentage of their community in attendance. The announcement “please help out at the daily minyan” in one form or another, was a staple of the rabbi’s shabbat announcement. I’m pretty sure that this is a feature and not a bug. The community sustained a minyan. Just as the community sustained a megillah reading or bagel breakfasts with the rabbi.
Shabbes is a destination davening though. It is supposed to be transformative. Meaningful always and everywhere. But why? There are many reasons that people come to pray in community. One of them is to pray. One of them might be to be transformed. However, I would bet that most people don’t go to shul to be transformed. Moved, maybe. I’m not even sure of that. There are, of course, those who want to be moved and transformed. There are those who don’t understand why other Jews would go to shul if they weren’t going to be moved or transformed. However, I remind myself, when I was twenty I didn’t understand how anybody could be so superficial as to pray the silent amidah prayer in less than fifteen or twenty amazingly intense minutes. Yet, people did. And I do now. Proudly. As a feature not a bug. Because prayer is a part of my life and not my life. Not even a large part of my Jewish life.
So, as we engage in this ongoing discussion of the crisis of the Jewish people, I would ask for a larger dose of humility from everybody involved. Not only in regards to the answer. More importantly perhaps, in regards to whether or not there is a question.

5 thoughts on “Why Synagogue? A reply to a reply (a provocation)”

How to “Un” the Yeshiva with Judaism Unbound