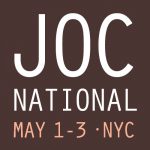 Just Hospitality: First Steps Toward Justice at the Stamford Hilton