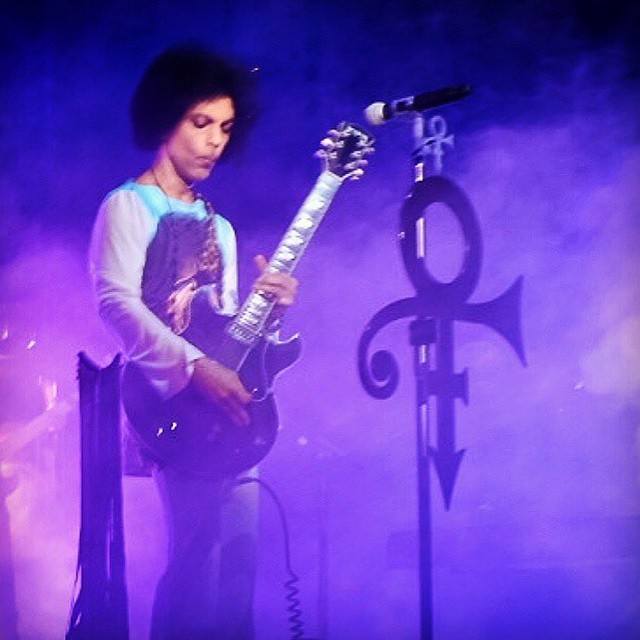 Refugees and Pop Music: Prince AND the Revolution

I was dreaming when I wrote this
Forgive me if it goes astray
– Prince, ‘1999’

The passing of pop icon Prince has been intense. Part of the power of pop music is the way it projects private identities onto a collective screen: race, gender and sexuality; love, rage, hope and power. Prince’s challenges to these categories – ‘Am I Black or white/ Am I straight or gay?’ (“Controversy”) − invites listeners to do the same. His sudden death has occasioned a sad but glorious global dance party, private grief spilling out in public, outside First Avenue in Minneapolis and beyond.
A day or two after the initial surge of grief took me away from my usual activities – Prince music playing everywhere, everything colored purple – I started reading again. Scrolling social media, I came across an article by Robert Fisk, a British journalist whose coverage of the Middle East I trust and respect. As I am a historian of immigration as well as an immigrant rights activist, the title soared at me off the twitter feed. Writing about the ongoing refugee crisis in the Mediterranean, Fisk asks: “When we mourn the passing of Prince but not 500 migrants, we have to ask: have we lost all sense of perspective?”
Stop the music, I thought: time to get back to work. And then, I could not force my way through the article.
After a day or two, I returned to it. Fisk asks an important ethical question: how can we grieve the loss of one famous person who few of us knew so intensely while the deaths of hundreds more go barely noticed? Like many commentators, he is critical of mass culture, the way it elevates celebrity and at the same time obscures stories of oppression and loss. The world mourns the passing of Prince at the same time it permits and mostly ignores the deaths of refugees fleeing their homelands in leaky boats. Typically, many more people stand in line for concert tickets or the latest i-phone than turn out for democratic political actions.
But maybe that’s a false dichotomy: maybe the kinds of global connections created by popular music, by Prince specifically, can also link us to struggles for justice. Popular music provides an index of sound and memory. It is intensely personal, but also widely shared. And maybe this sharing is revolutionary: bread and roses, Prince and The Revolution.
Prince’s death and the sudden reemergence of his music to ubiquity took me back. I was in graduate school in Minneapolis from 1987 to 1995. It was a place and time infused by Prince. After his death I found myself in touch with friends from that time, some of them people I had not talked to for a while. Back then, listening to Prince had been one way we promised each other a different world, one less constrained by injustice and inequality. His music was how we dreamed of different lives than what we saw around us in the Reagan and then Bush years.
January, 1991: Sign O the Times was everywhere:
Baby make a speech, Star Wars fly
Neighbors just shine it on
But if a night falls and a bomb falls
Will anybody see the dawn?
Written in 1987, those lines also described that wintry moment, right before the preparatory Operation Desert Shield moved into its combat phase, Operation Desert Storm. It was sub-zero cold in Minneapolis, but 10,000 people, including high school students who spoke about their fears of dying far from home to protect the profits of oil companies. 75,000 attended a similar protest in Washington, DC; as many as 250,000 in San Francisco. All over the world, people protested the coming war: another global dance party.
The first Gulf War, antecedent to continuous contemporary wars in the region, initiated decades of social and political upheaval precipitating the contemporary refugee crisis. We couldn’t have known that then, standing around an illegal bonfire made at Lake and Hennepin against the cold. But we knew that something important was at stake, and that it made sense to share our private fear and grief in public.
Quickly extinguished by police, that bonfire left few traces. Memories of it have been covered over by the increasing militarism that has accompanied twenty-five years of almost constant war. By contrast, Prince leaves a musical archive that contains dreams of many kinds of liberation.
Since Prince’s death, much about his political activism has come to light. Black Lives Matter founder Alicia Garza writes about his early engagement in the movement, how he asked for no acknowledgment, just to “keep moving towards freedom.”
Popular music always carries a torch for freedom. And we need many kinds of liberation, many global dance parties and bonfires.