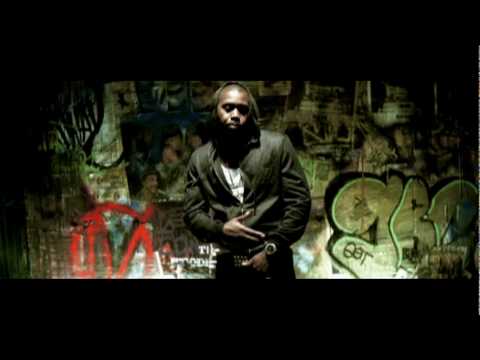 On Heroes and Villains and when They're the Same: Thoughts on Rav Ovadia

“Chain gleaming, switching lanes, two-seater.
Hate him or love him for the same reason.
Can’t leave it; the game needs him.
Plus, the people need someone to believe in.”
–Nas, “Hero” (2008)

In the past couple of days, since Rav Ovadia Yosef died at 93, the Jewish media, both published and social, have been abuzz with tributes about his towering scholarship, bold rabbinic leadership, controversial political and cultural impact, and his frequent episodes of vituperative and hostile verbal violence, especially late in his life.  I have also seen comments by progressive Jews expressing surprise that so many progressive friends of theirs were showing the love to Rav Ovadia.  As one friend put it:  “My FB page is full of love for Ovadia Yosef-from lefty people? I thought he was kind of terrible?”

I’m not going to rehash the biographical points that have circulated in many articles and posts.  I will just share a personal perspective, from my idiosyncratic position of having studied for nine years in yeshiva and more teaching halakhah, in which I have made extensive use of his legal writings, and espousing progressive politics and values that entire time.  Rav Ovadia — it’s complicated.  I think that the following two things are both true:

1) Rav Ovadia  was a jurisprudential giant, both “Sinai” (encyclopedic mastery) and “Oker Harim” (mountain-moving creativity) of the highest order.  As a jurist, he was bold, creative, and confident, and often remarkably in touch with the sensibilities of a broad constituency, especially the oft-ignored working-class.  He brought honor to Torah, to God, and to human beings, including many types of people whose voices were systematically silenced in Rabbinic discourse (e.g., Sefaradim, laborers, Ethiopian Jews, agunot).  He showed commitment to the supremacy of human life over that of land fetishes in a climate in which this was not the prevalent culture in the Rabbinic world, despite the strong, bullying pressure against his view.

2) Rav Ovadia spent decades contributing immeasurably to the culture of violent and hateful speech in Israel and the Jewish world.  He brought disgrace to Torah, to God, and to human beings and placed many vulnerable people in greater danger through his aggressive and toxic speech, (e.g., LGBT people, Palestinians, certain Ashkenazi rabbinic leaders, secular Jews, Gentiles, political rivals, etc.)

Those are just both true and there’s no reconciliation.  The second statement does not negate the first and the first does not apologize for and certainly doesn’t excuse the second.

This is perhaps one of the most important messages of the Postmodern age — that there are no heroes, that everyone who has done good has also sinned and that Superman and Lex Luthor have never and can never exist as such.  And yet it is the message that even our generation most doggedly resists.  We want people who do terrible things to be terrible.  That way we’re not implicated; we don’t need to fear becoming like them.  The last 50 years have been a vigorous struggle to resist Hannah Arendt’s claim about the banality of evil — that many Nazi guards and executioners were great family men and nice neighbors, that the upstanding people in the Milgram experiments made terrible moral judgment calls that could have brought disastrous consequences to others, and so on.  And the reverse.  One of the many reasons I recommend reading Toni Morrison’s magnificent works is to grapple with empathetic protagonists who do some awful things.

Dave Chappelle captures this poignantly in this short piece, with NSFW language.  (He’s confusing George Washington with Thomas Jefferson, but it doesn’t matter; the point is clear and besides, Pres. Washington also owned many slaves.)

They are contradictory and they are both true and it is at our peril if we pay attention to only one or the other.  And yes, that is the case even though in theory, in principle, our Torah learning is all about refining our character.  We have to sit with that conflict and we’re doomed if we don’t.  I suspect that the rejection from some circles of taking seriously his contributions, or other religious teachers who have also said or done horrible things, and the shrill dismissals of their Torah as hypocrisy reflects two things:  1) the general problem discussed above of wishing that heroes were heroes and villains were villains; 2) holding Torah/religion to an inhuman standard and in so doing, reflecting a worldview that is hopelessly fundamentalist and mystical.  I ask those who are unable to take seriously someone like Rav Ovadia’s positive impact on many people the following questions:

*Do you ever quote the Declaration of Independence in your support of social justice, even though it was written by slave-owners?

*Do you ever applaud President Franklin D. Roosevelt as one of the great American presidents with reference to the New Deal even though in order to pass it, he repeatedly agreed to exclude African-Americans from its protections and even though he declined to use the weight of his office to save a significant number of Jewish would-be victims from the Shoah?

*Do you ever appreciate President Lyndon Johnson for pushing through the Great Society as the model of American governmental responsibility for its citizens even though the U.S. military under his command killed thousands and thousands of Vietnamese civilians, and led American soldiers to their deaths, even after he had concluded that the war wasn’t winnable?

*Have you ever celebrated Dr. Martin Luther King, Jr., even though he cheated on his wife repeatedly?

*Philosophers out there:  have you ever appreciated Martin Heidegger’s thought, even though he was a member of the Nazi party who was unrepentant to his death?  In 1976.

Rav Ovadia’s public language was often despicable and as a ben Torah, I am committed to the idea that our words matter and translate to action (eg Pirkei Avot 1:11).  But let’s keep some perspective.  None of his words approached the destructiveness of Presidents Jefferson, Roosevelt, or Johnson, and I don’t tend to hear the same dismissal of acknowledgement of their contributions as I’ve been hearing in some quarters for Rav Ovadiah.  Let’s lose our illusions that Torah, somehow, inoculates its bearers from being human.

Torah itself doesn’t see itself in that way:  The Tanakh stylizes many of our most inspiring psalms to be written by David.  The Tanakh also explicitly excoriates David for sending innocent Uriah to his death in order to steal his wife, Batsheva and punishes him brutally for encroaching on a divine prerogative by taking an unwarranted census just to flex his political muscles.  The world is broken.  Humans are broken.  Torah is given in the world to humans.  That doesn’t mean write off the brokenness, God forbid.  Natan excoriates David; we must excoriate Rav Ovadia for the many things that merit excoriation.  Not to do so is to violate his victims.  And we should study his prodigious jurisprudential corpus and appreciate its staggering insight and creativity even as we treat it with the skepticism that a real student of Torah brings to any text in respect for what its importance actually means.

Rav Ovadia’s toxic public discourse may be sufficient to prevent us from summarizing the man simply as all-around great; each of us will make that assessment.  But woe to us if it prevents us from appreciating his staggering contributions to Torah and the Jewish world.

16 thoughts on “On Heroes and Villains and when They're the Same: Thoughts on Rav Ovadia”