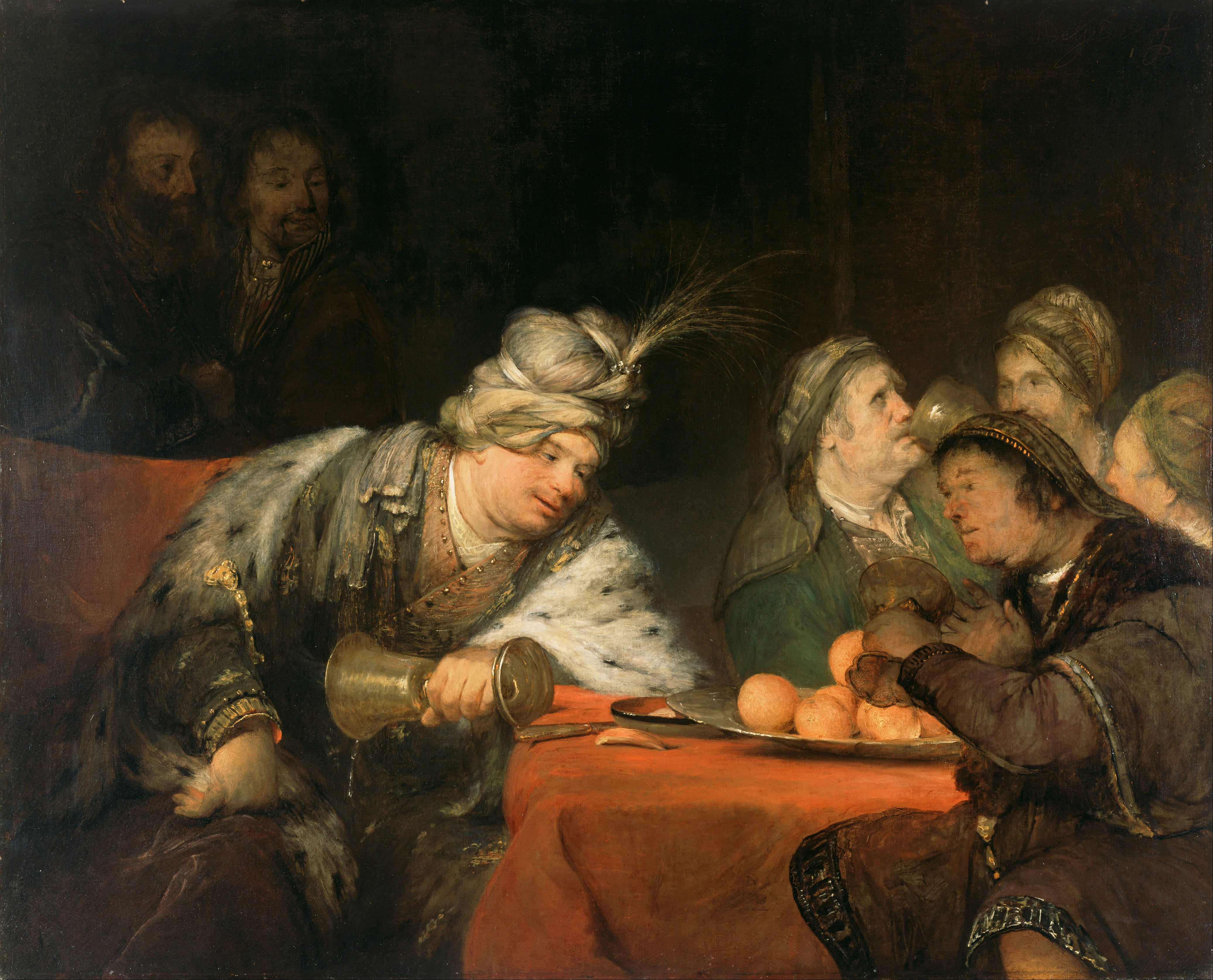 A Hallowed Space on Purim

March 8, 2015May 4, 2018 by LJCM
My memories of Purim parties past are mostly full of friends who aren’t Jewish. It hasn’t been unusual to be passing out graggers and hamantaschen to people with zero exposure to them, doing Book of Esther speed readings and watching One Night With The King while tossing popcorn at the screen and booing Haman, even if I felt bad for booing James Callis. As a holiday, it’s got drawing power. Sexy story, food, drinking, costumes encouraged. Yet every Purim party I’ve ever thrown, I am inevitably sat down by one or more friends and asked why I don’t go to shul more, why don’t I go back to teaching religious school, why am I not writing the Jewish essays I used to write. On a holiday where the megillah never brings up G-d, G-d is all people are talking about in my kitchen. The years Jewish friends have made it over, we’ve all collectively explained the holiday while semi-unexpectedly being a Morah after a few cocktails.
We’ve lingered at two a.m. at the kitchen table, sobering up and wiping out the last of the snacks while getting into the Deep Serious Stuff. Genocide, whether Mordechai was actually a decent guy, how do you deal with the drinking if you or someone else present has had substance abuse issues, whatever happened to Vashti, how Esther’s marriage “out” and the time till she revealed herself made us think of the most uncomfortable conversations we’ve had while growing up about dating, marriage. Purim has themes and content below its shiny wrapper that aren’t easy or readily comfortable to discuss. I think that–paradoxically–it is one of the most serious times in my house on any given year. And it’s one of the easiest times for my friends to come together, regardless of where they fall with religion, and have these conversations. It’s draining but worthwhile, and I’ve tried for years to puzzle out why it’s Purim that does this.
Rosh Hashanah doesn’t even fill my house with guests, let alone ones that come ready to drink but fall hard into the arms of theology and philosophical musing (though the drinks probably fuel the philosophical musing). If I have to guess, it’s because it’s a holiday but it’s not one starring G-d. It stars flawed people, doing what they can. The matriarchs and patriarchs had their own personal struggles, but it also feels weird to grapple with their moments of weakness. They’re the matriarchs and patriarchs. It makes me squirm to try and compare my struggles to theirs. And it probably shouldn’t, but it still does.
But in the megillah are figures that feel less…holy. Politicians and wives and family members, fragile communities, genocidal policy, persecution. Without the mention of the Divine, without open miracles, this book feels close to now, close to this life, imperfect and often full of struggles. The Book of Esther was one of my favorite books as a child, because there were no open miracles in my life. I could only do like the people in the book, and do what I could to mitigate the awful things around me.
Somehow it’s easier to reconcile both with the concepts that we are flawed and that we want to connect with something bigger and better than ourselves inside this space, this holiday. With intent, this is not an easily forgotten festival. It’s a bridge to greater things. This raucous, easily shallow space, where people come to fill my house with noise and instead fill it with G-d.