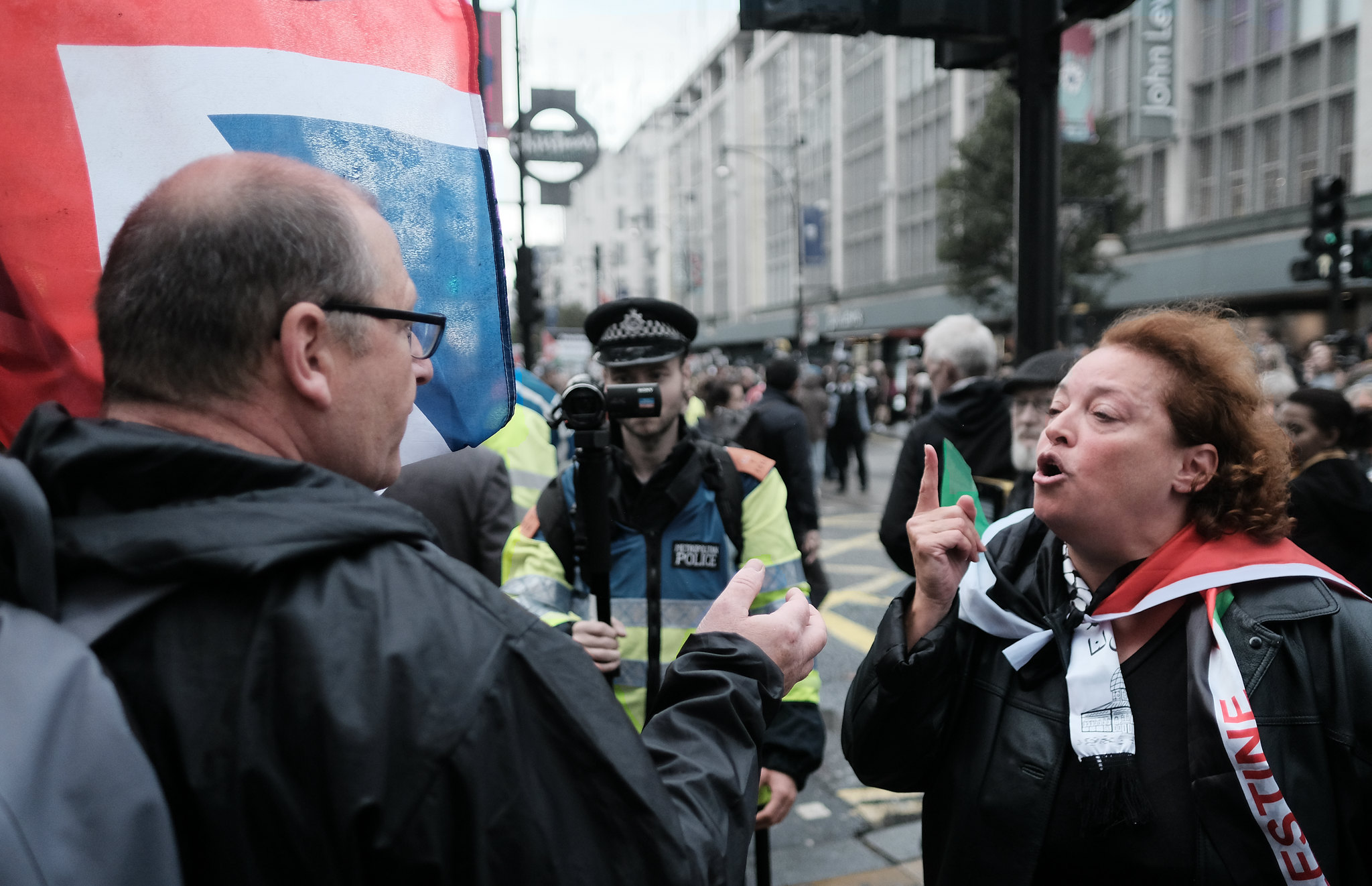 There’s a Military Cease Fire; Can We Have a PR Cease Fire and Acknowledge the Pain?

(Editor’s Note: this is an extended and adapted version of a piece that appeared in The Forward here).

“The problem is that everyone in this conflict is right, and everyone is wrong.” Nearly twenty five years ago, I was part of a group of American law students living for the summer in the West Bank, and we had the chance to meet Yossi Beilin, then a leading politician on the Israeli left. During our discussion, he said this to us, and I’ve never forgotten it.

The thing I would now add is, “everyone is in pain.”

I have spent the last two weeks, like many who believe in peace in Israel and Palestine and with connections to people across the land between the Jordan and Mediterranean, paralyzed and exhausted from digesting the news of ongoing devastation and trauma and debating, well, everyone. On all sides. Just asking people to listen and acknowledge the pain of the other side.

For the last 25 years that I have been engaged in efforts around peace, it’s been like this. Hasbara. Talking points. Explainers. I honestly thought (hoped) we were past this, but it feels worse than ever.

And where does it leave us? It leaves us where it always has: dissatisfied and angry and exhausted. And right back where we started: everyone is right, everyone is wrong, and everyone is in pain.

And instead, can we focus on one simple act: acknowledging others’ pain? Not then inserting a reference to your own pain, providing one detail that explains why it may be okay the other are in pain, or sending them an article talking about some other point in history.

Just acknowledge pain and stay with all of its discomforts. You need not cede your point of view or perspective or give up believing in any specific way forward. That someone else is in pain as a result of what you think the right policy or military strategy may be does not mean you are wrong or the other person is lying. It simply means they are in pain. There is no painless resolution to this conflict. But we will all continue to experience more pain until we commit to resolving it, rather than winning it.

It is an old standby that “hurt people hurt people.” Israelis have hurt Palestinians, Palestinians have hurt Israelis, supporters of Israeli government policy here have hurt opponents of Israeli government policy, and vice versa. There have been terrible anti-Semitic attacks against Jews in the last two weeks just for being perceived to be associated with Israel, and vicious threats leveled at those supporting the rights of people in Gaza, especially in the political world.

So maybe it’s time we stop, for just a second, and acknowledge the pain and suffering of everyone involved. Not just those on “our side” but especially on the other sides.

To be clear, there are not two sides — there are many sides. Many sides in Israel, in Palestine, in the American Jewish community, in the Arab American community. This conflict involves and matters to a lot of people.

That means — we all have a lot of listening and acknowledging to do.

I can start. I have been an anti-Occupation activist for many years, since I spent two summers in the late 1990s living in Ramallah and Northern Israel, respectively, and experiencing Israel, in many ways, as the “other.” The experience brought me closer to Judaism but farther away from the Jewish community.

So for much of that time, I have tried desperately to ensure the American Jewish community in particular, but Americans in general, understand the reality of Occupation and grasp the suffering and pain it causes both Palestinians who live under it and the Israeli soldiers and people who enforce it. I have tried to amplify voices of Palestinian citizens of Israel, who are so often caught between every other side. They are all in pain, and I have wanted more than anything for people to listen to that pain.

In so doing, I have connected with many people, and I have been screamed at and belittled by others. It has caused me pain, even from the safety and security of my home in Washington DC and not doing this work as a full-time job or facing physical danger, like so many do.

But through my pain and that of the voices I am trying to amplify, I have often diminished the voices of Israelis who desperately hope for security. I have often not listened to American Jews who echo those Israeli voices or fear rising anti-Semitism, with terrible acts of violence experienced just this week across the country. I have diminished the experience of others and refused to acknowledge the pain that many feel, whether because of their connection to family, friends, or the community as a whole in Israel. Even this week, I have found myself reaching for my own talking points. But I need to stop that as well, as I do not need to provide more context for that pain.

I invite others to do the same — acknowledge how you are in pain, and how you have caused pain. When others cause you pain, start by acknowledging the pain they must be in first, and then provide a window into yours. Let your listening and acknowledging come first. Then think about whether you need to speak.

Is stopping, listening, and acknowledging the pain of others the sole answer to the future? No. It is just what the title says — a way to have a “cease fire.” And while it may sound naive, I would argue that it’s no more naive than imagining that, after spending hundreds of millions of dollars on PR and hasbara for decades, let alone the underlying policies that have led to the never-ending conflict and Occupation, that somehow now one more bullet or one more explainer or argument will “work.”

We need to lead with acknowledging pain not trying to create more of it or pretending it does not exist or is not valid.

There are others embodying this kind of cease fire: the Clubhouse group where Israelis and Palestinians are meeting, the “Omdim B’Yachad” marches, organizations like Resetting the Table that teach us to have hard conversations not by yelling at each other but staying with the pain and discomfort, the voices from all sides simply calling out and saying “enough.” Let’s listen to them.

So while we wait for the diplomats and political leaders to do what they have been unable to do for far too long and find a way forward for peace through common ground, perhaps we the people can model that instead? Listen, sit with our pain, and let the pain show us not why “we” are right, and “they” are wrong, but how the pain can be the compass for a new way to a different future.

Otherwise, Yossi Beilin’s words will ring true for 25 more years, and we will have too much more pain to acknowledge.