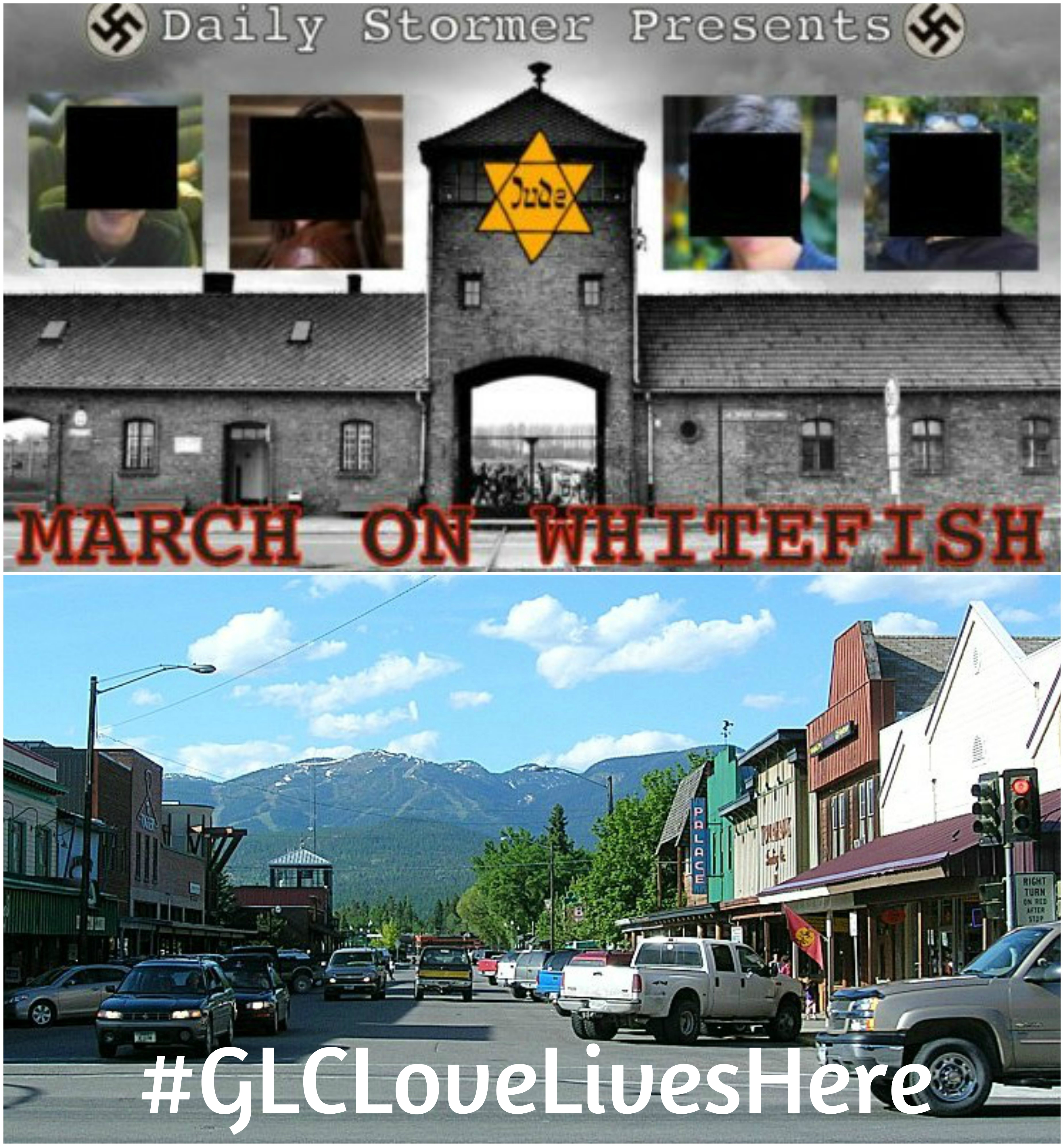 December 29, 2016May 4, 2018 by Kung Fu Jew
[icon-box icon=location align=right] Show your solidarity sharing a photo of your menorah on Dec 29th and tag it #GLCLoveLivesHere.
[/icon-box]Although Donald Trump’s election emboldened hate groups and white supremacists in startling ways, there is also good news. Jews, Muslims, LGBTQ people, and immigrants under fire are building solidarity with each other and allies against hate.
Take the example of these Christian clergy in Montana, who’ve taken a brave and potentially life-threatening stand alongside their Jewish neighbors against an “armed march” called by neo-Nazi site The Daily Stormer in the sleepy Montana town of Whitefish. Twenty-eight Christian leaders and two rabbis published a letter of solidarity with the Jewish community of Whitefish:

As leaders of Montana communities of faith and practice, we are called to respond to the recent surge of white supremacist and neo-Nazi activity in our state. Distribution of pro-Nazi, anti-Semitic flyers in Missoula and intimidation of Jewish community members in the Flathead Valley moves us to speak out against actions of those who attack the Jewish citizens of our state, and any other minority group, with false assertions and threatening language.

The letter calls upon all Montanans to display menorahs in their windows this season: “Find one at a local store, print a paper copy from the Internet, or find one in the local Missoula newspaper.”
Whitefish is the hometown of self-avowed white nationalist Richard Spencer, whose speech at an event weeks ago earned Nazi salutes and cries of “Heil Trump!” After white nationalist claims that Spencer’s mother was facing pressure for her son’s views, the Daily Stormer announced an open-carry public march “against Jews, Jewish businesses and everyone who supports either.”


The act is doubly symbolic: in 1993 in the nearby city of Billings, white nationalists vandalized and threatened two churches which had displayed menorahs in their windows following a spate of violent harassment against Jewish families. In response, the local paper published a full-page picture of a menorah, which was displayed in the windows of six to ten thousand homes that week.
Yesterday, following quickly on the religious leaders’ letter came a statement by Governor Steve Bullock, Attorney General Tim Fox, Senators Jon Tester and Steve Daines, and Representative Ryan Zinke offering their “full support to the Jewish community”:

We will address these threats directly and forcefully, putting our political differences aside to stand up for what’s right. That’s the Montana way, and the American way. We are encouraged that so many Montanans from a variety of religious backgrounds have joined us in condemning this extreme ideology.

You too can join this expanding circle of interfaith solidarity: the rabbi of the Whitefish Jewish community, Rabbi Francine Green Roston, invites you to share your menorah online and tag it #GLCLoveLivesHere:

This Hannukah the bright lights of the candles glow as a reminder that there is always light in the darkness glowing and warming our souls and our spirits. The love and care and support which has been flowing in from around the world to Whitefish, MT gives all of our Whitefish community and the families of the Glacier Jewish community nechama, comfort. Whitefish MT continues to be a safe community, a town where Love Lives Here and ordinances affirming diversity and condemning discrimination are a way of life. We thank everyone for your kindness and support. Please continue to be spiritual warriors, modern-day Maccabees, defeating hatred and spreading light and love.
May it be your will, Sacred One, that our Hannukah candles shine a bright light spreading truth not lies; spreading peace not hate; spreading love not bigotry.
Please share photos of your candles with #GLCLoveLivesHere

As the presidency of Trump approaches, there will be even more instances of hate and intimidation against Americans of all races and creeds. As we in the Jewish community have just benefited from the solidarity of Christians like these 28 pastors and reverends, we too must vocally defend others.
When the Daily Stormer next targets Muslims or gays or Mexicans, will there be any hesitation on our part to do the same?
There shouldn’t be.